Support for independence from UK surges in Scotland, poll shows 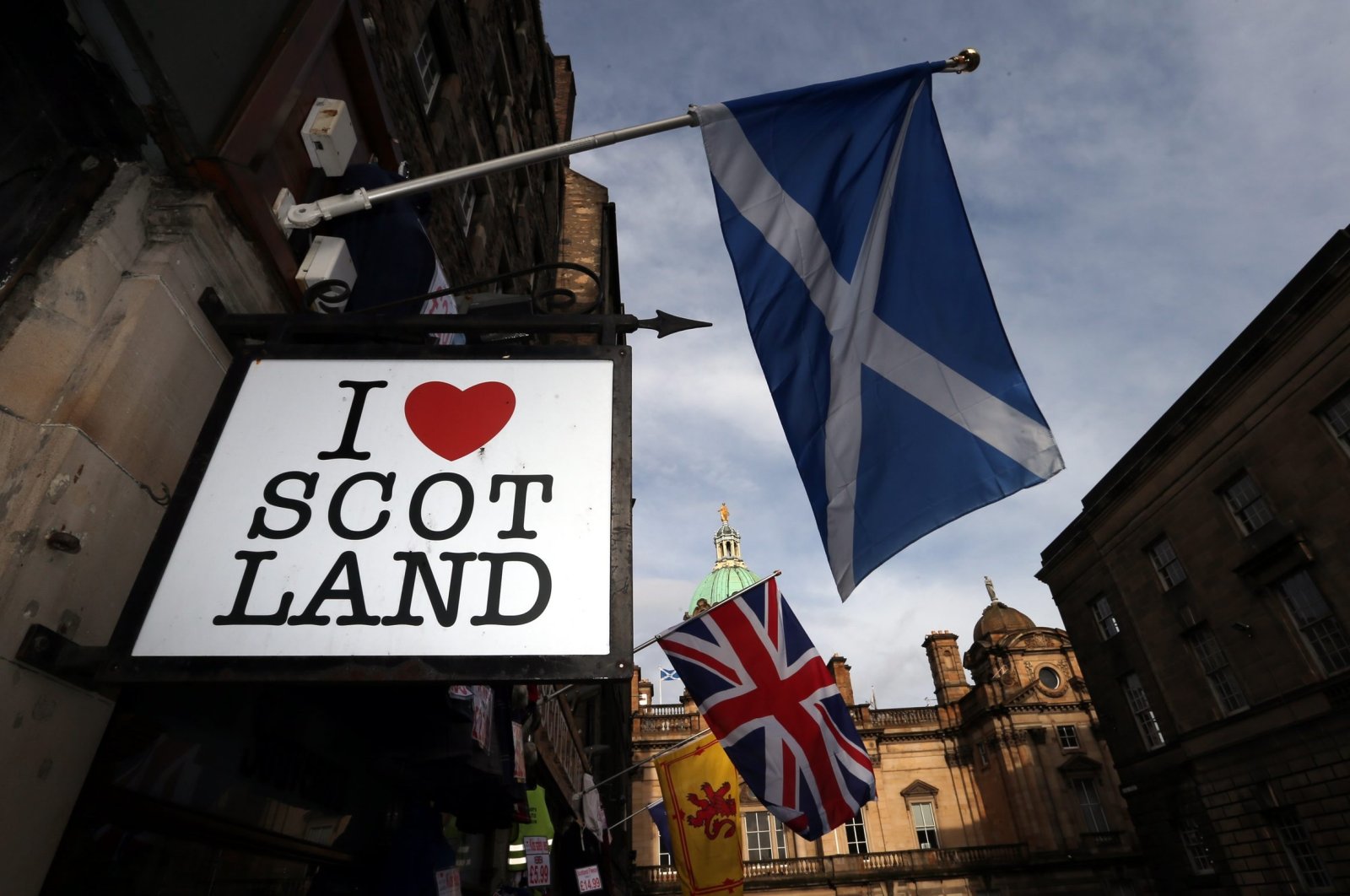 In this Thursday, Feb. 13, 2014, file photo a Scottish flag and a Union flag fly outside a Scottish memorabilia shop in Edinburgh, Scotland. (AP Photo)
by Anadolu Agency Sep 11, 2020 9:18 pm
RECOMMENDED

Support for Scottish independence continues to be the majority opinion in Scotland, according to the latest poll released on Friday.

The survey found that 53% back independence while 47% are against it.

With regard to Scotland’s voting intentions in the national Westminster parliament, the pro-independence Scottish National Party (SNP) were on 51%.

SNP deputy leader Keith Brown said: "This is yet another significant poll for the SNP and the independence movement – showing people want decisions about Scotland to be made by the people who live here and not Boris Johnson.

"Faced with the increasing threat of a hard or no-deal Brexit, and an unprecedented power grab on the hard-won powers of the Scottish parliament, it’s no wonder people in Scotland are demanding the right to choose a better future.”

Meanwhile, the Shetland Islands – located northeast of mainland Scotland – voted in favor of looking into ways to achieve independence from Scotland.

Councilors voted 18 to two in favor of seeking "financial and political self-determination."

"We are concerned that this ongoing situation is seriously threatening the prosperity and even basic sustainability of Shetland as a community,” the motion read.

They criticized the SNP, saying decision-making was centralized and slammed funding cuts. They also said the Scottish parliament feels "remote” to the islands, which have a population of 23,000.

The Shetland Islands are not looking to become an independent nation, but rather be governed as a Crown Dependency, like Jersey or the Isle of Man.

This would allow them to keep oil revenues from their waters, which would damage the finances of a future independent Scotland.

Independence from Scotland would require a referendum in the Shetland Islands.