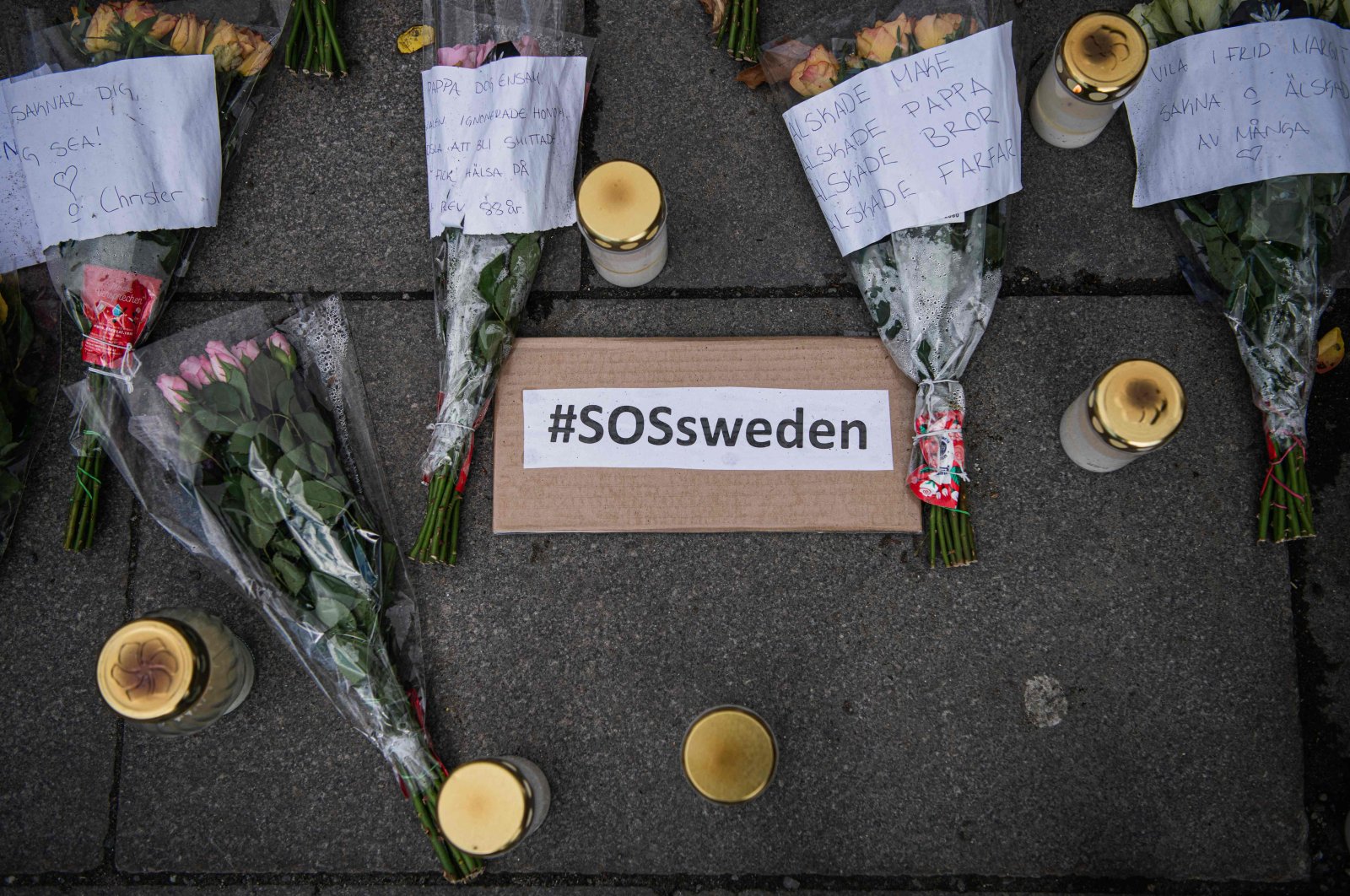 Picture taken on April 29, 2020 showing a memorial in Stockholm's Mynttorget Square to those lost to the new coronavirus. Many have voiced frustration over Sweden's softer approach to curbing the illness. (AFP Photo)
by Anadolu Agency
May 02, 2020 6:19 pm

Nursing homes are offering morphine to elder COVID-19 patients instead of admitting them to hospitals and providing ventilators, one care worker has said, noting that such treatment results in a painful death.

Latifa Löfvenberg, who worked in one of the country's many nursing homes, told BBC reporter Jon Tallinger in a Youtube program that elder patients in a nursing home in the Gävleborg region suffering from COVID-19 were left to die in agony since they were not provided with ventilators.

Löfvenberg stressed that elderly patients with the coronavirus must be admitted to hospitals in order to avoid this.

Instead of ventilators, elderly patients were given morphine – which makes it more difficult to breathe, she added.

Previously, Anders Tegnell, a current state epidemiologist of Sweden, admitted that the country had failed in the protection of its elderly, associating its high mortality rates with the high number of casualties in nursing homes. He also said that they could not have foreseen such a quick spread of COVID-19 throughout nursing homes.

Swedish Prime Minister Stefan Löfven also said that during the initial days of the coronavirus that: “We will have significantly more deaths. We will count the dead in thousands.”

Compared with the rest of Scandinavia, Sweden has had a relatively high incidence of infection and mortality. By Saturday morning, more than 22,000 infections and more than 2,650 deaths from COVID-19 had been recorded.

Neighboring Finland has confirmed more than 5,000 infections and 220 deaths.