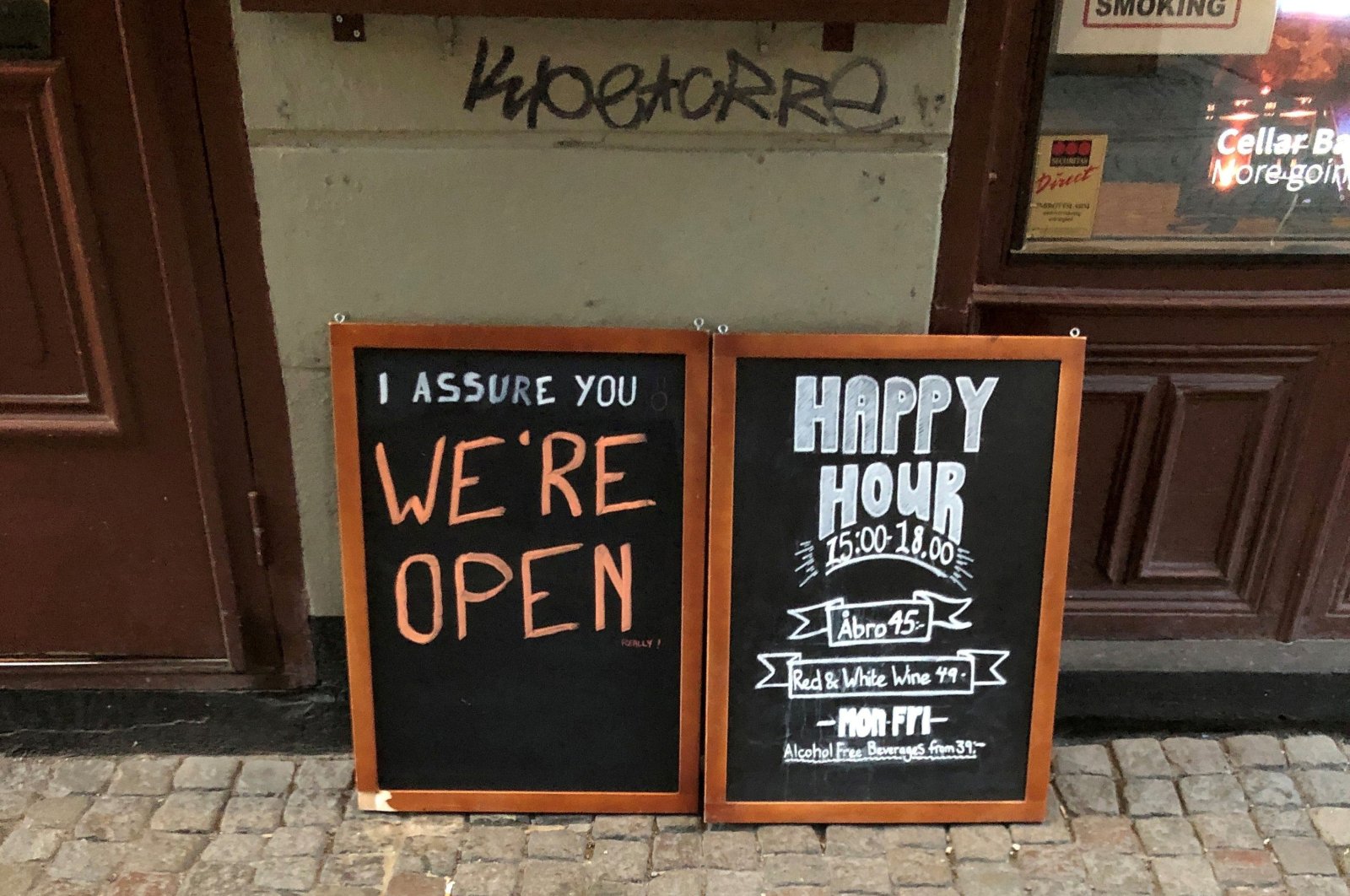 A sign assures people that the bar is open during the coronavirus outbreak, outside a pub in Stockholm, Sweden on March 26, 2020. (Reuters Photo)
by REUTERS Aug 22, 2020 3:40 pm
RECOMMENDED

Sweden has chosen the right strategy in fighting the spread of the new coronavirus, Prime Minister Stefan Lofven said on Friday, defending his government's decision not to adopt a strict lockdown as many European countries have done.

More than 5,800 Swedes have died of COVID 19, a much higher death rate than in neighboring Norway, Denmark and Finland which adopted much tougher measures than Sweden, leading many to question the government's approach.

But Lofven said Sweden had made the correct choice.

"The strategy that we adopted, I believe is right – to protect individuals, limit the spread of the infection, etc," he said in an interview in daily Dagens Nyheter.

"What has been discussed most, and what we did differently in Sweden, was that we did not close schools. Now there are quite a few people who think we were right."

While many countries enforced strict lockdowns, Sweden has relied mainly on voluntary measures focused on social distancing, though public gatherings have been limited and care homes – which saw a heavy death toll – have been quarantined.

While Sweden has seen more fatalities than its neighbors, it has not been as badly hit as countries like Britain and Spain, which adopted much stricter lockdown measures.

Furthermore, while many parts of Europe are seeing a pick up in new cases as they gradually loosen restrictions on travel and social interactions, Sweden has seen a decline in both infections and deaths in recent weeks.

Lofven also defended the decision by the Public Health Agency not to enforce the wearing of facemasks, as many European countries have done, to fight the spread of the virus.

"What they are saying, and what I absolutely believe, is that they cannot be the main tool we use," Lofven said.

"What is important still is social distancing, testing and tracking. Those must be our main focus in order to reduce infection."