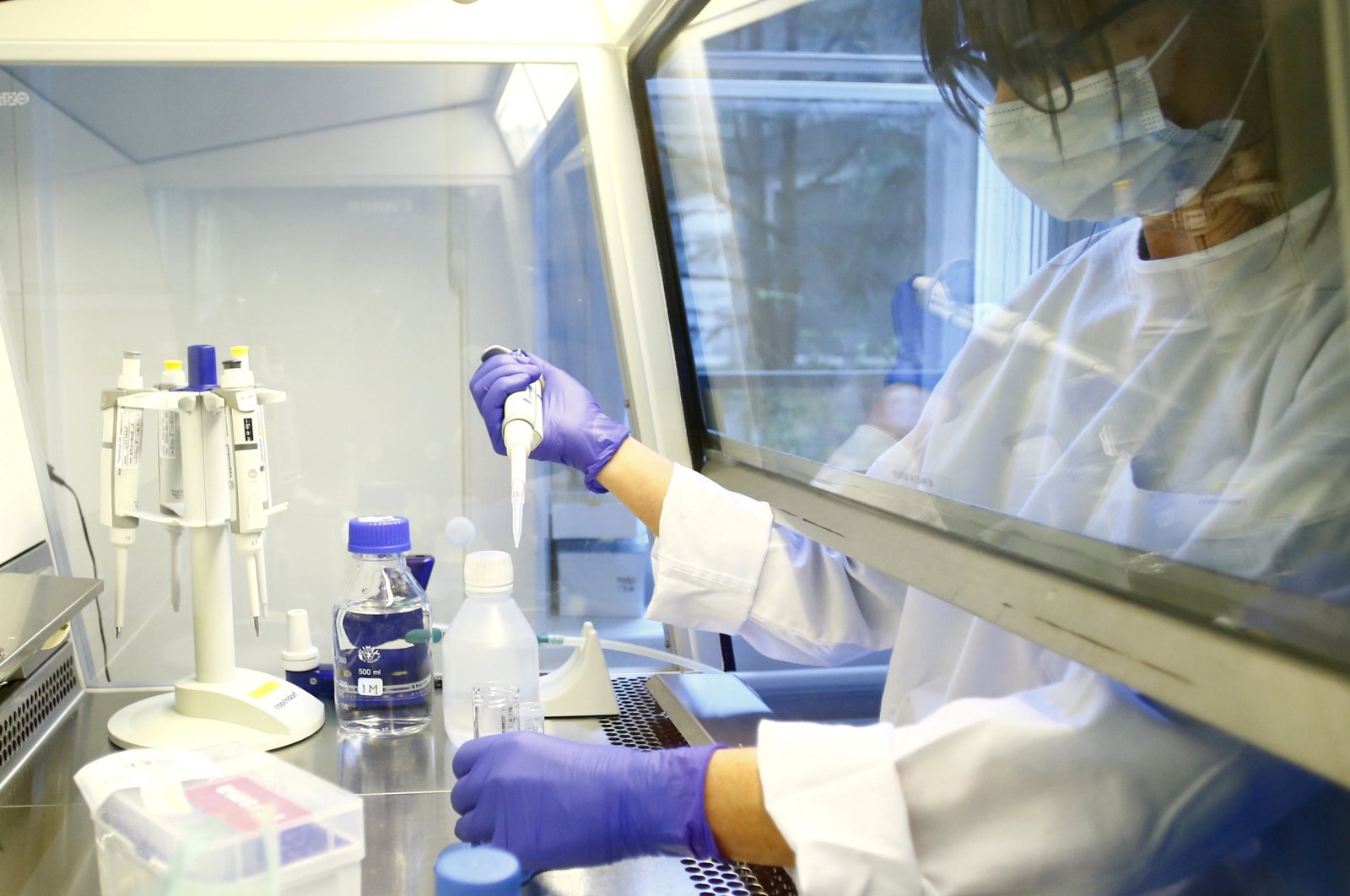 A laboratory technician is seen at the Inselspital Universitaetsspital Bern university hospital during researches for a vaccine against the coronavirus disease in Bern, April 22, 2020. (REUTERS)
by Anadolu Agency
Aug 26, 2020 5:30 pm

Swiss health authorities on Wednesday said the Alpine nation had recorded 383 new lab-confirmed cases of the coronavirus in the past 24 hours, the highest since mid-April as the country's direct democracy system took a hit.

Mask wearing had been compulsory on public transport since July 6 after an uptick in cases peaked on March 23 with 1,464 cases registered, as well as on flights as of Aug. 15.

However, the country's Health Department has said the proportion of positive tests in all tests carried out remains low.

"This indicates that the new infections reported provide a good picture of the situation. As long as this number does not exceed the limit of 5%, as defined by WHO guidelines, it can be assumed that the majority of cases will be recognized," the department said.

One of the Swiss institutions hit by the COVID-19 pandemic was the famed open-air assembly, the oldest form of direct democracy in Switzerland. The assembly was canceled for the first time since the founding in 1848 of the federal state, where voting takes place by a show of hands.

The pandemic had already led to postponements of the event, during which people squeeze into a central square and vote by raising their hands, from the first Sunday in May to Sept. 6.

The 600-year-old tradition, which had been upheld even during World War I and World War II, had in the past been postponed several times because of bad weather, but this is the first time it has been canceled.

With a population of roughly 8.6 million, Switzerland has recorded 1,723 deaths since the outbreak.

Individual Swiss cantons such a Zurich, Geneva, Friborg and Valais have made masks wearing compulsory for customers and staff in shops.

"Personal responsibility remains important: Washing your hands regularly with soap and water and keeping your distance are still the best ways of preventing infection," says the Swiss Health Department.

"Continue to observe the rules on hygiene and social distancing as the coronavirus should not be allowed to spread again," it added.