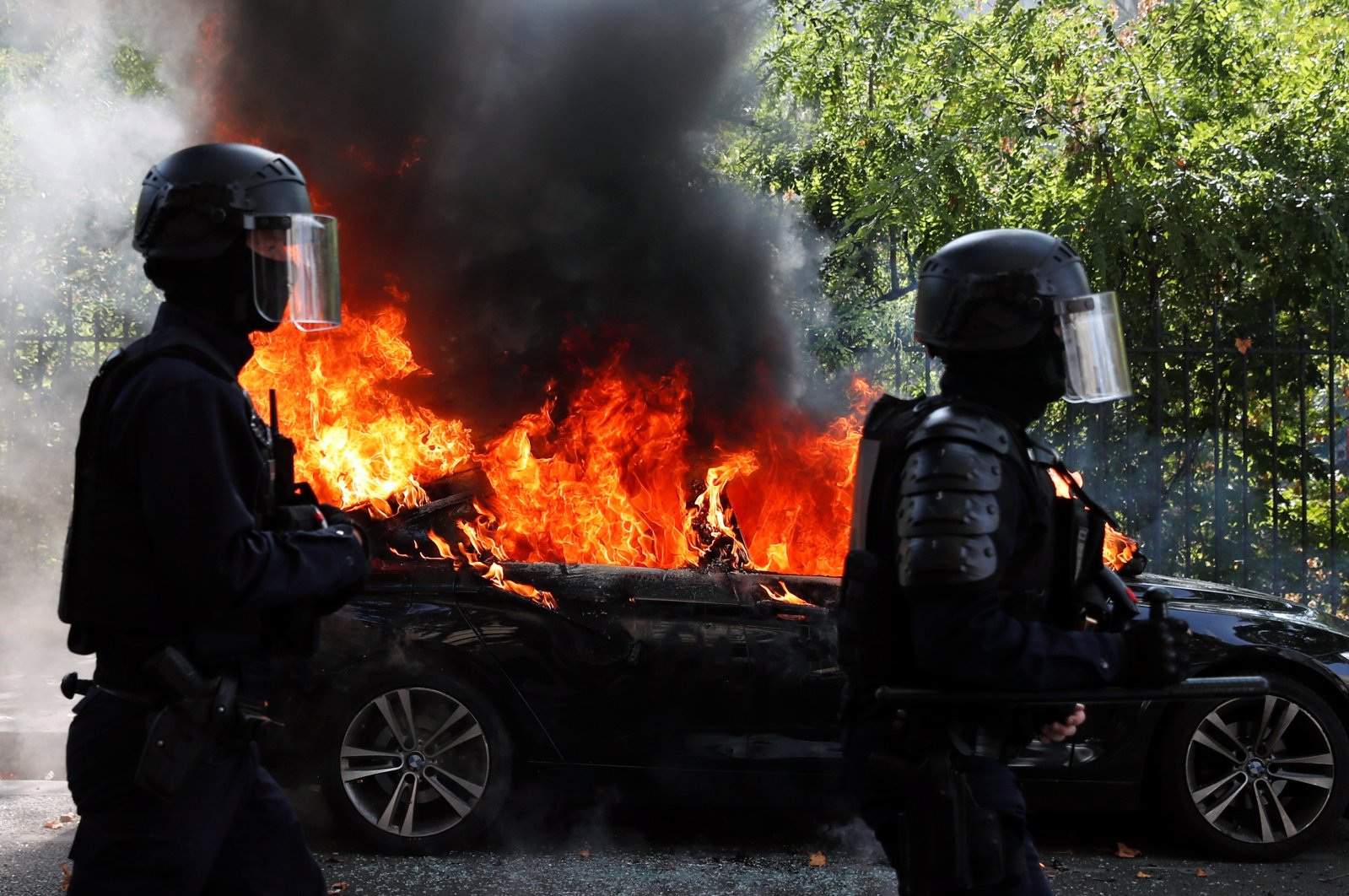 French police fired tear gas and arrested more than 200 people in Paris on Saturday as "yellow vest" protesters returned to the capital's streets in force for the first time since the coronavirus lockdown.

The "yellow vests" movement, named after motorists' high-visibility jackets, began in late 2018 in protest against fuel taxes and economic reform, posing a major challenge to President Emmanuel Macron as demonstrations spread across France.

By midday Saturday, hundreds of demonstrators had gathered at the starting points of two authorized marches.

While one cortege set off without incident, the other march was held up as police clashed with groups who left the designated route and set fire to waste bins and a car.

Some of the protesters wore black clothes and carried the flag of an anti-fascist movement, suggesting the presence of radical demonstrators dubbed "black blocks" often blamed for violence at street marches in France.

Police, who continued to fire tear gas into the mid-afternoon to break up small groups of protesters, had arrested 222 people by 3.45 p.m. (1345 GMT). Many were arrested for carrying items like tools that could be used as weapons.

The return of the protest movement comes as France grapples with a resurgence in coronavirus cases.

The country's daily cases of COVID-19 reached a record high on Thursday of nearly 10,000.

A day later, Prime Minister Jean Castex announced plans to speed up testing and toughen measures in certain cities as the government seeks to avoid a repeat of the spring's nationwide lockdown.

Police called on Saturday's demonstrators to respect coronavirus measures in Paris, which is among France's high-risk "red zones" and where it is compulsory to wear a face mask in the street.