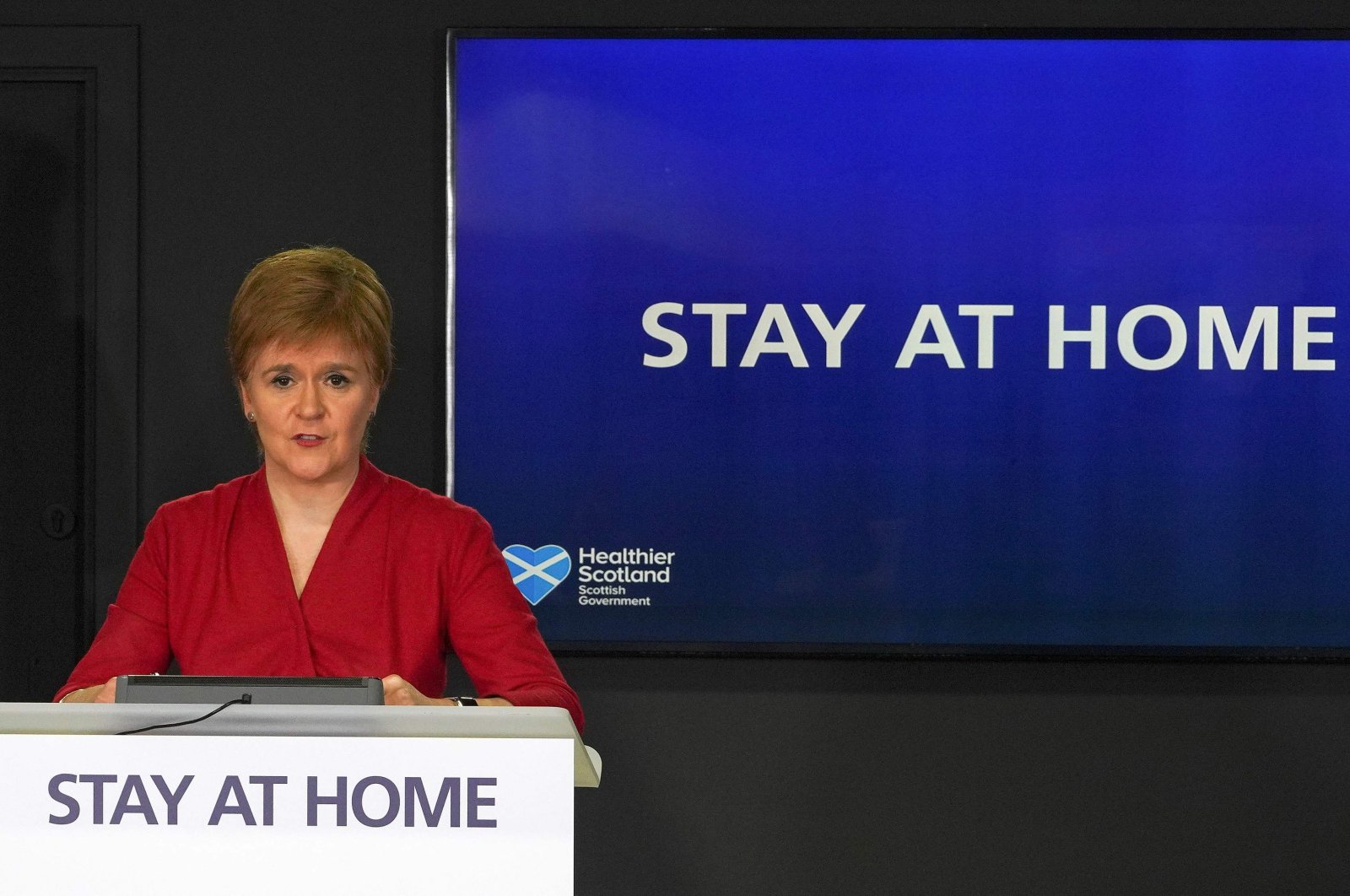 First independence. Then Brexit. Now Scotland's handling of the coronavirus outbreak has stirred up fresh tensions with the U.K. government, despite an initial unified approach.

The leader of the Scottish Government, Nicola Sturgeon, has put clear water between Edinburgh and London by refusing to implement the same easing of lockdown measures.

At the weekend, she warned lives could be at risk if stay-at-home restrictions were lifted too soon, just before British Prime Minister Boris Johnson announced a plan for a gradual return to normality.

Johnson's ruling Conservatives have been criticized in the crisis, particularly for a lack of widespread testing and the supply of protective equipment for frontline workers.

The prime minister has also been questioned about his claim to have stopped the outbreak successfully, when more than 33,000 people have died, the second-highest in the world.

But in Scotland, where figures released on Tuesday showed just under 2,000 deaths from nearly 14,000 positive tests, Sturgeon is perceived to be doing a good job.

A YouGov poll last week indicated 71% of people were confident Sturgeon would make the right decision, compared to just 40% for Johnson. The approval rating comes on the back of indications of an increase in support for her Scottish National Party (SNP).

The latest crack in fragile relations between the U.K. government and the devolved administration in Edinburgh mostly centers around messaging.

Until Sunday, the U.K.-wide advice to the public was "Stay at Home" to avoid transmitting the virus and stop the state-run National Health Service being overwhelmed with cases.

But Johnson changed the slogan to "Stay Alert" as he sketched out plans to open up the economy again to certain sectors, after passing the peak of the outbreak.

"I don't know what 'stay alert' means," Sturgeon told reporters at the weekend.

"If I say to you, my message now is stay alert and you say to me, but does that mean I stay at home or not, and I can't give you a straight answer, I am failing in my duty to be clear in terms of what I'm asking you to do."

She argued rates of transmission were still too high in Scotland and kept restrictions in place.

"Let me be very blunt about the consequences if we were to do that. People will die unnecessarily," she added, later saying she wouldn't play "Russian roulette" with lives.

The devolved administrations in Wales and Northern Ireland took her lead, leaving only England to start moves towards the reopening of schools, shops and other businesses.

But confusion reigns, with uncertainty about who should go back to work and when, what safety measures should be in place and the exact guidance on what is allowed.

The situation is one of the clearest demonstrations since the devolved administrations were set up in the late 1990s of different parts of the U.K. treading a markedly different path.

The leader of Welsh nationalists Plaid Cymru, Liz Saville Roberts, even referred to Johnson in parliament this week as "the prime minister of England."

But in Scotland, the stakes are high, with Sturgeon pushing hard for a new independence vote, six years after Scots voted by a majority of 55% to keep the three-centuries-old political union with England.

Johnson has emphatically ruled that out, despite SNP claims Scotland's overwhelming support for remaining in the European Union had moved the goalposts in the constitutional arrangement.