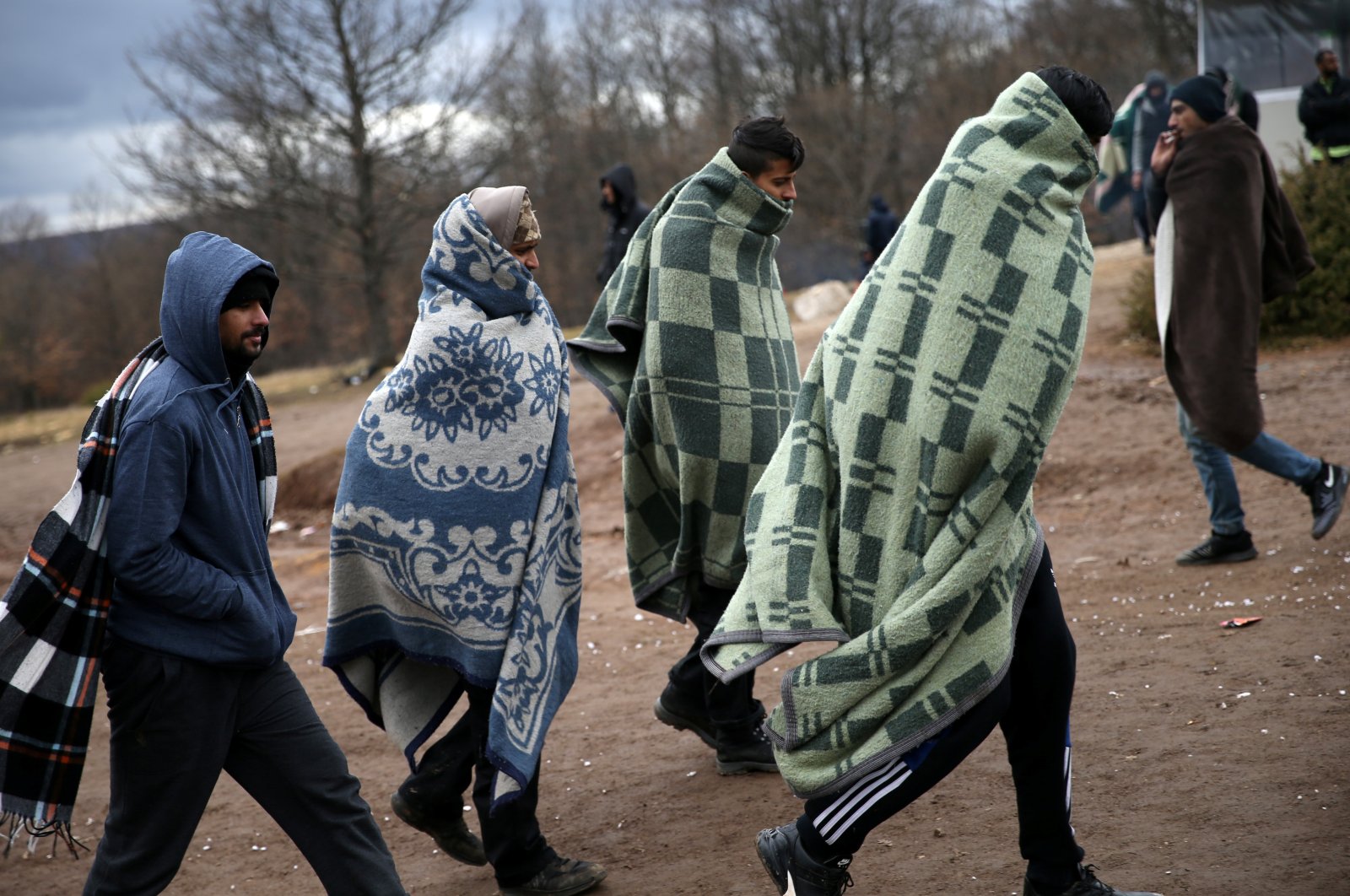 More than 1,000 migrants from Asia, the Middle East and North Africa were left to sleep in the cold after their camp in northwestern Bosnia-Herzegovina burned down amid a dispute among Bosnian politicians over where to house them.

On Wednesday, a fire destroyed the camp in Lipa housing about 1,200 people. Police and United Nations officials have said the blaze was probably started by migrants unhappy at the temporary closure of the camp, scheduled for the same day, and uncertainty about where they would be relocated in Bosnia-Herzegovina.

Dozens of men spent the night at a damaged metal container near the site of the fire, where only a ghostly steel construction remained. Smoke was still rising from some burned patches of ground on Thursday morning. Other migrants tried to erect nylon tents and slept fully dressed on the frozen ground.

Most of them walked through the woods toward the town of Bihac, near the Croatian border, avoiding areas marked with warnings about landmines remaining from the Bosnian war in the 1990s.

About 10,000 migrants from Asia, the Middle East and North Africa are stuck in Bosnia-Herzegovina, hoping to reach wealthier countries in the European Union. Most are concentrated in the country's northwestern Krajina region as other regions in the ethnically divided nations refuse to accept them.

"I couldn't sleep last night, I sat all night," said Bylal from Pakistan, adding that he would wait to see if the government would provide them with a new shelter.

The Lipa camp, which was opened last spring as a temporary shelter for the summer months 25 kilometers (16 miles) from Bihac, was set to be shut Wednesday for winter refurbishing. But the country's authorities failed to find alternative accommodation for residents. The central government wanted the migrants to temporarily return to the Bira camp in Bihac, which was shut down in October, but local authorities disagreed saying that other parts of Bosnia-Herzegovina should also share the burden of the migrant crisis.

"Please open the Bira camp so everybody goes there, it's very good there," said Yasin, also from Pakistan. "Here it's cold, we can't stay here, we don't have food, we are hungry."

The EU, which had supported Bosnia-Herzegovina with 60 million euros ($73 million) to manage the migrant crisis and pledged 25 million euros more, has repeatedly asked the authorities to find an alternative to the unsuitable Lipa camp, warning of an unfolding humanitarian crisis.

"We urge ... the authorities to rise above political considerations and temporarily reopen the centre Bira in Bihac," the EU said in a statement Wednesday.