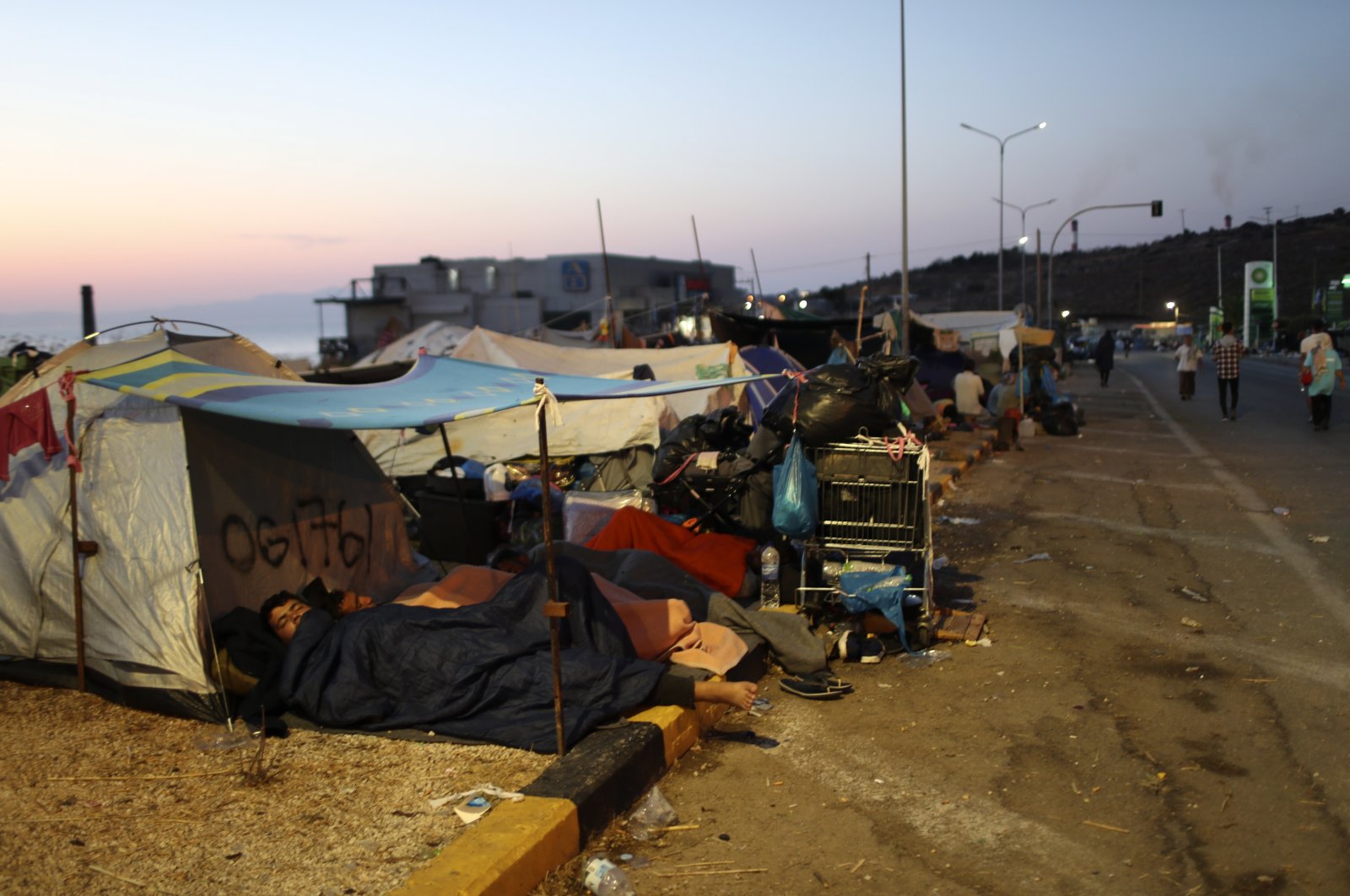 While still dreaming of leaving the Greek island, some 12,000 homeless Moria refugees are left to survive this winter in tent camps amid the looming coronavirus outbreak

Thousands of homeless migrants and refugees stranded on the Greek island of Lesbos are now left to welcome winter in tents as Greece on Thursday began to resettle them, more than a week after a fire razed the Moria camp. This winter will be much more challenging as they will face worsening conditions in tent camps due to crowding and the coronavirus pandemic while struggling to get through the day and dreaming of Europe.

The new temporary tent camp at Kara Tepe, near the island's port of Mytilene, will house at least 5,000 people, but most of the spaces so far available in tents erected by army personnel on Lesbos remain empty, with only a few of migrants having agreed to relocate. Greece’s migration minister said the government will use force, if necessary, to move homeless migrants to the tent city. By early Thursday, the Kara Tepe tent camp housed roughly 1,800 of 12,000 of the Moria migrants, and 56 of them had been found COVID-19 positive, a government official said.

The fire that gutted the overcrowded Moria facility on Sept. 8 left more than 12,000 people without shelter, proper sanitation or access to food and water. Most of the displaced migrants are refusing to leave a nearby road where they have camped out for almost a week, fearing they could be detained for months at a new campsite the Greek army is building.

The Greek government has said the fires were set deliberately by migrants protesting a coronavirus lockdown, and authorities Tuesday announced the arrests of five suspects for their alleged involvement. The suspects, all Afghan, including two minors transferred to mainland camps after the fires, were being questioned by police. Late on Tuesday, another camp of over 4,700 people on the island of Samos was threatened by a fire. Three migrants are being questioned by police over the incident.

Moria housed people from Africa, Asia and the Middle East who arrived on the island from the nearby Turkish coast, fleeing poverty or conflict in their homeland. The overcrowded camp and its dire humanitarian conditions have been held up by critics as a symbol of failures in the EU's migration and refugee policy.

The Greek government called Tuesday on the European Union to jointly run new refugee camps on Greece's eastern islands as part of a planned overhaul of the EU's migration policies. In Brussels, EU Commission President Ursula von der Leyen said the bloc would "abolish" the existing Dublin Regulation, which makes asylum-seekers the responsibility of the first member state where they set foot. Von der Leyen promised "a new European migration governance system" with "common measures on asylum and return and ... a strong solidarity mechanism."

"European leaders should act quickly to bring the people stranded on Lesbos to safety," said Belkis Wille, senior crisis and conflict researcher at Human Rights Watch (HRW). "They also need to fundamentally rethink the failed and inhumane policies that led to the creation of a sprawling, unsanitary and dangerous refugee camp in an EU country, rather than just building a replica of the same thing."

Five years after the arrival in Europe of over a million asylum-seekers, many fleeing wars in Iraq and Syria, the question over how the EU countries should share refugee responsibilities remains sensitive. The EU bloc, so far, has failed to create a more permanent EU redistribution arrangement to prevent migrant tragedies. An EU-wide asylum system fell apart under the strain of hundreds of thousands of arrivals, with other European nations accepting only a trickle of refugees, leaving thousands trapped in Greek camps.