Thousands of students rally in Greece against campus security law 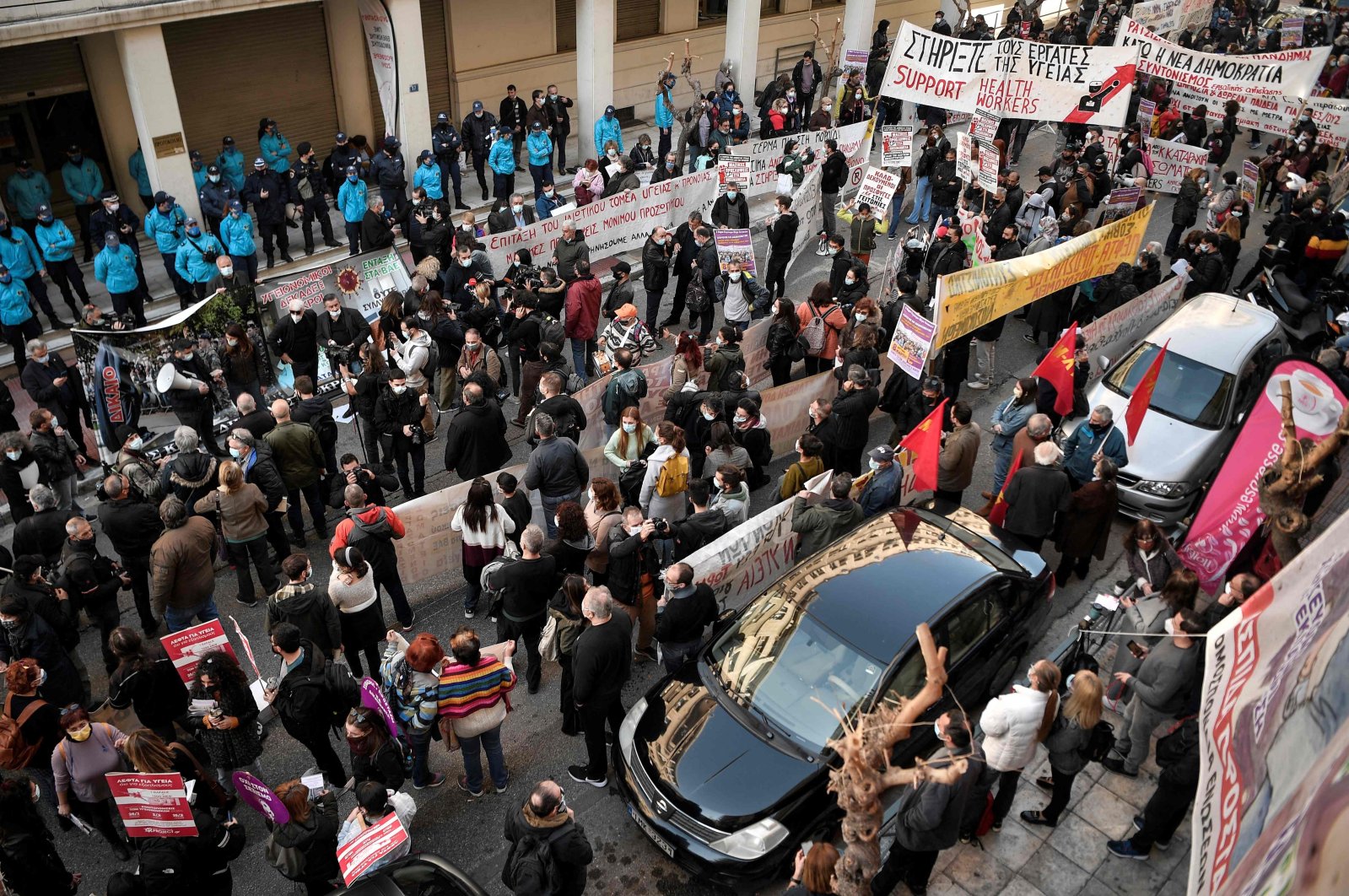 More than 5,000 university students and other protesters have gathered outside a courthouse in Greece’s second-largest city to rally against a new campus security law.

Tuesday’s protest in the northern city of Thessaloniki, a gathering banned under pandemic restrictions, was held in support of 31 people arrested Monday when a demonstration against the law turned violent.

Under the new measures approved by parliament this month, police can begin patrolling university grounds and make arrests. Police access to universities had previously been restricted for decades, causing a long-running political debate over on-campus freedoms.

The current conservative government argues that previous rules had allowed criminal activity and violent protests to occur on university grounds. But political opponents accuse the government of using the lockdown to sanction expanded police powers without a proper debate. Left-wing opposition parties have called the measure undemocratic and have supported ongoing protests against the new measures, as The Associated Press (AP) reported.

Some of the political controversy is rooted in the 1967-73 military dictatorship in Greece when universities were an important source of political dissent. A bloody student-led revolt in 1973 helped topple the country's military regime.

Separately, Greek hospital doctors went on a day-long strike on Tuesday and dozens marched in Athens to protest "suffocating" conditions at hospitals on the frontline of the coronavirus pandemic.

With around 6,000 deaths, Greece has fared better than much of Europe in containing the pandemic and prevented its health service, battered by years of financial crisis, from collapsing. But intensive care units (ICU) at state hospitals are operating at roughly 80% capacity and doctors want the government to create new units for COVID-19 patients instead of using already existing ones, as well as to hire more staff and to use resources from the private sector.

"There is a serious risk both for critically ill COVID-19 patients and critically ill patients with other diseases," the union of hospital doctors, OENGE, said in a statement. It described the situation at hospitals as "suffocating."

"Any negative impact on the public's health will be the sole responsibility of the government, despite its efforts to pass on the responsibly to hospital doctors and other health professionals," OEGNE said, according to remarks carried by Reuters.

More than 1,200 COVID-19 patients have been through intensive care in Greece since the pandemic began. In January, a separate union of hospital workers warned of an impending health crisis as hospitals limit non-emergency operations and waiting lists for some surgeries stretch to up to two years, it said.

On Tuesday, health authorities reported 880 new coronavirus cases and 24 deaths, bringing total infections to 179,802 since the first case was detected in February last year and COVID-related deaths to 6,297.