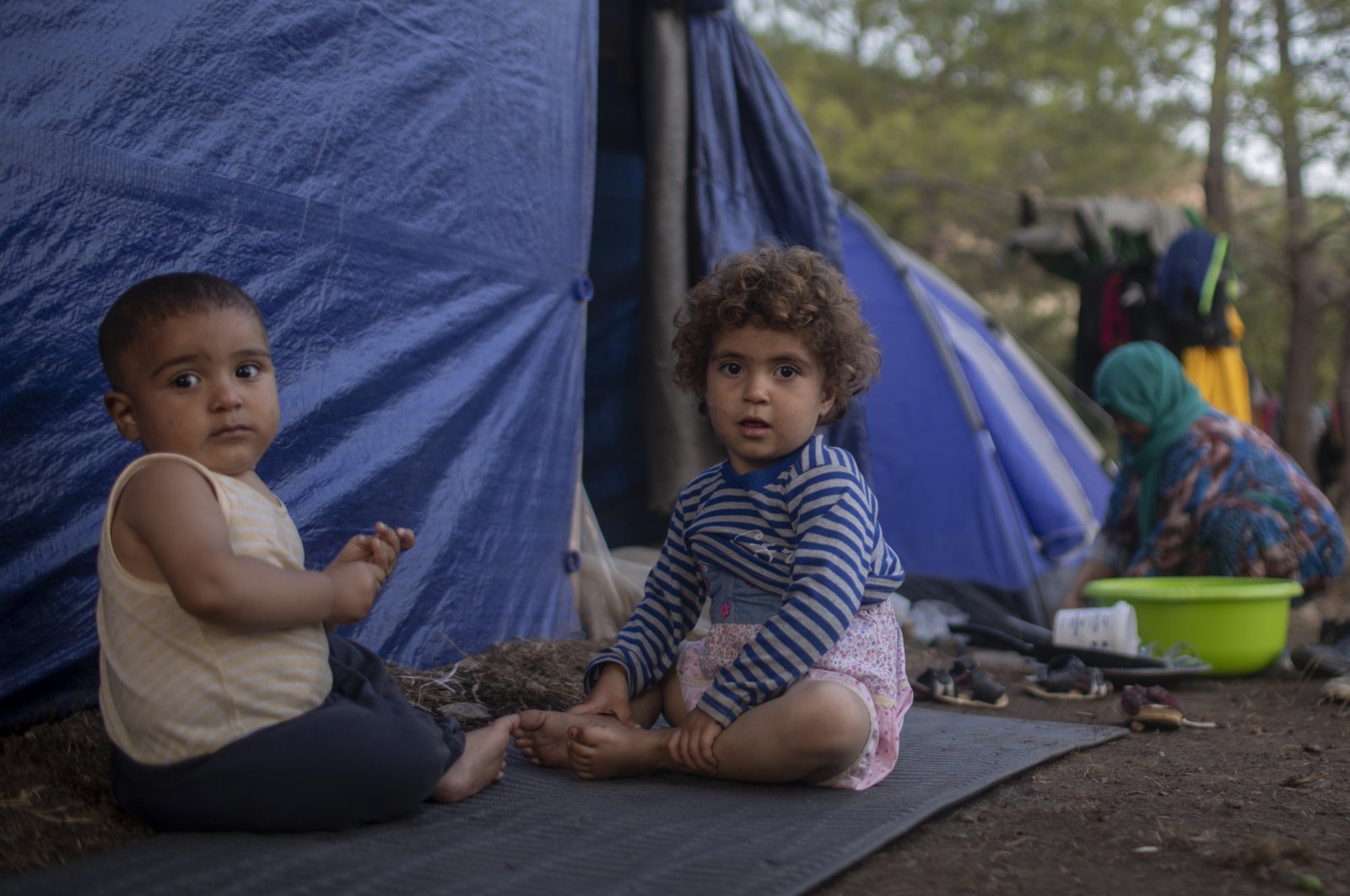 Syrian children play outside a makeshift tent near the refugee and migrant camp on the Greek island of Samos, Sept. 25, 2019. (AP File Photo)
by Anadolu Agency Sep 24, 2021 5:31 pm
RECOMMENDED

Hundreds of thousands of unaccompanied migrant and refugee children are missing in Europe with no information about their whereabouts or what happened to them, a member of the Turkish delegation to the Parliamentary Assembly of the Council of Europe said.

Speaking to Anadolu Agency (AA) on Friday, Serap Yaşar said migration has been a hot topic around the world since 2011 and the recent situation in Afghanistan shows it will be on the agenda in the future as well.

"These are migrations caused by wars, terrorism, and internal turmoil. We should also not underestimate the migration caused by climate change," she said, hoping to draw more global attention to the matter.

"Sometimes the figure seems large, but I did not make this up. This went into U.N. reports. This was determined in the Council of Europe and finally in my report ... At least one (lawmaker) from each of the 47 countries participated in this vote and they are aware of the situation. They probably took it up with their own parliaments as well," she added.

Yaşar said they not only identified the problem, but also offered solutions in the report.

She said the COVID-19 pandemic started after their report, and the world's agenda shifted to other issues.

"It is our duty to protect these children in any case. It is their right to be protected. They are children first, and then migrants and refugees. For every missing child, everyone who knows is responsible. First of all, states have an obligation to protect them," she said.

The European Police Organization (Europol) has yellow and black notices for missing and dead children respectively, said Yaşar, adding the migrant children were not included in any of these categories.

"Let's say most of these children are orphans-unaccompanied, no parents with them. The European legal system for orphans does not apply to these children. These children also have the same rights as your own citizens, the right to benefit from this protection," she said.

Yaşar pointed out that unaccompanied children in Turkey benefit from the state's orphan system.

"Turkey has set a good example. States that do this are fulfilling an obligation. This should have a place in international law. At the end of this month, I will be at the autumn session of the Council of Europe again. I will raise the issue again. When you bring up the subject, everyone rises, but when it comes to doing something, no concrete steps are taken," she added.

Yaşar regretted that states and international security institutions have not yet established any network regarding refugee children.