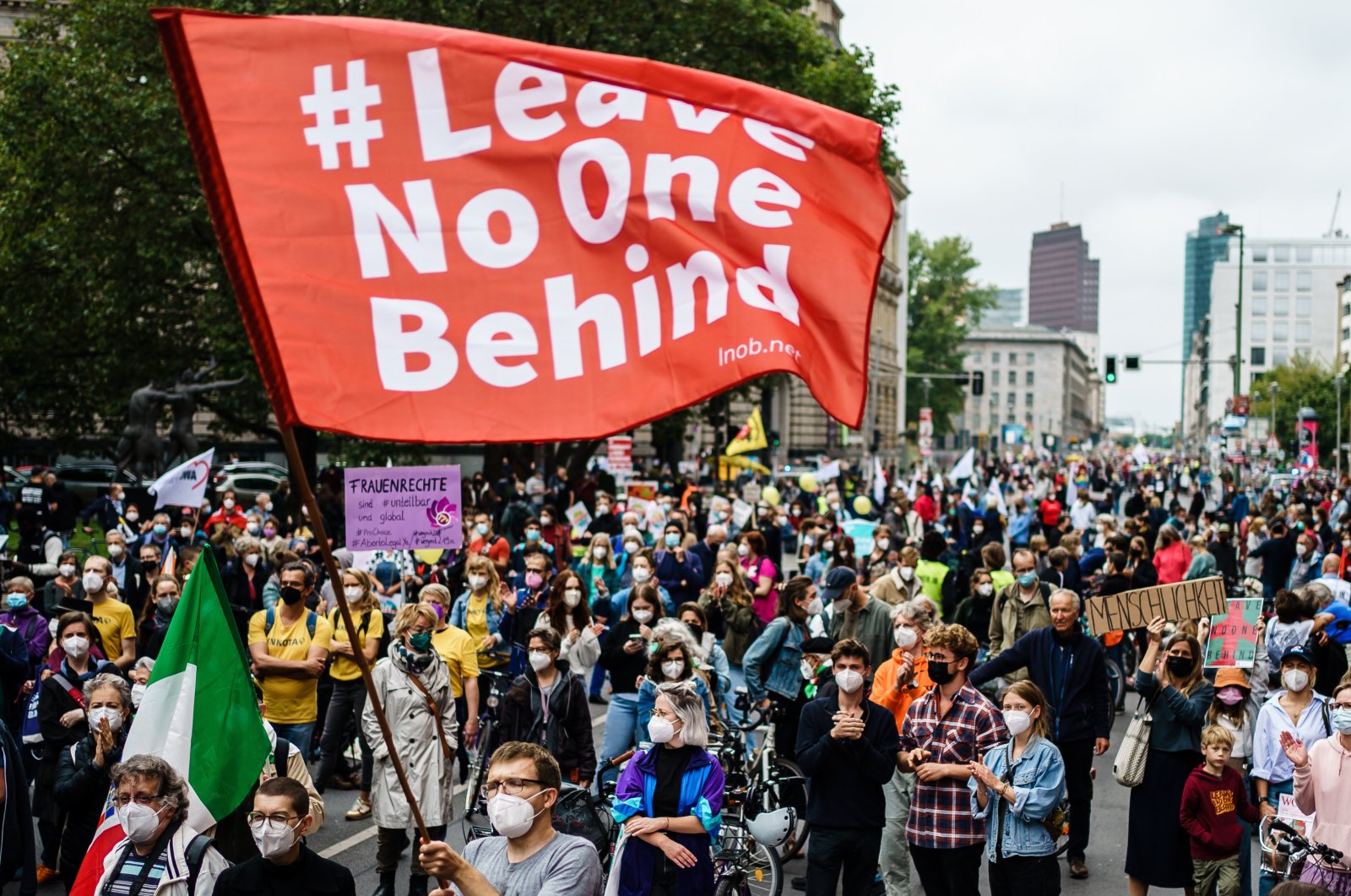 Thousands gathered in the German capital Berlin Saturday to support "an open and harmonious society," condemning far-right politics in the country.

A broad alliance of trade unions, political parties and associations collectively calling themselves "Unteilbar" ("Indivisible") marched through the center of Berlin in the afternoon.

Police initially estimated the number of participants at just under 10,000 people, while a spokesperson for the event said that the turnout had been closer to 30,000.

The "Indivisible" movement unites about 350 different groups from many different segments of German society. The members include multiple trade unions, human rights stalwart Amnesty International and the environmental activist movement Fridays for Future.

The movement says it exists to stand up "for solidarity, social justice, human rights and real action to combat the climate crisis."

The demonstration comes just three weeks before Germany goes to the polls to elect a new Chancellor on Sept. 26.