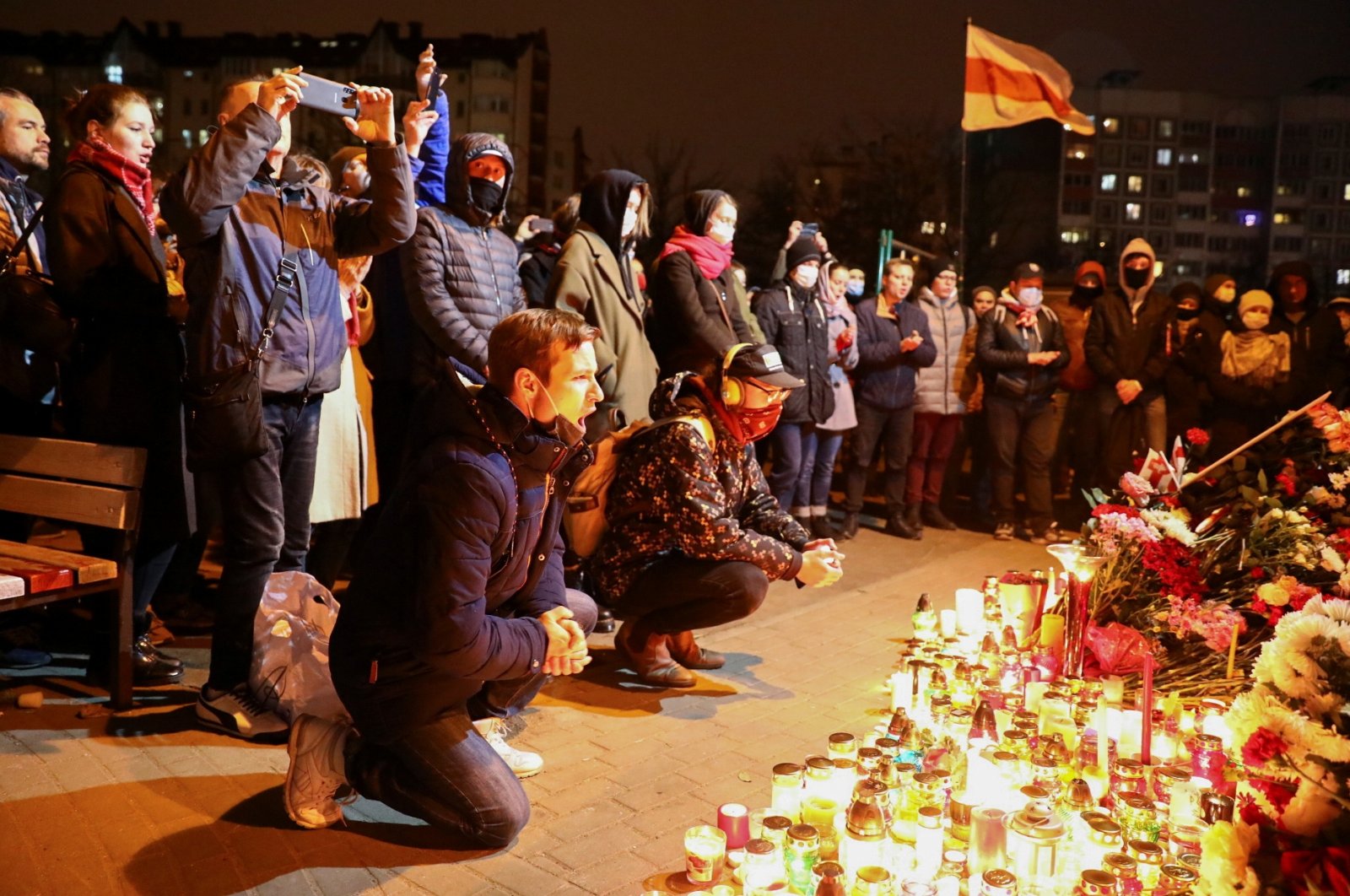 Thousands of demonstrators turned out in the Belarusian capital Minsk on Friday to protest the death of an artist after police arrested him earlier this week. Lining the capital's main thoroughfares, the protesters formed human chains, while dozens more laid flowers at the site where Roman Bondarenko, a 31-year-old former soldier, was arrested before his death.

Tens of thousands have taken part in weekly protests since strongman leader Alexander Lukashenko, who has been in power for more than two decades, won a landslide victory in a disputed presidential election in August.

Bondarenko died in Minsk after police arrested him following a dispute in a city square that has become a regular meeting place for the opposition. Witnesses said unrest erupted between protesters hanging red-and-white ribbons, the colors of the opposition, and plainclothes police who were removing them. The artist was pronounced dead on Thursday after suffering brain damage, triggering a wave of outrage among the Belarusian opposition, who believe Lukashenko's security forces are ultimately responsible.

The European Union condemned Bondarenko's death on Friday, warning that it could impose further sanctions on targets in Belarus. "This is an outrageous and shameful result of the actions by the Belarusian authorities," the EU said. The EU statement noted that Belarus authorities are guilty of direct violence against the population and of creating an environment in which such "lawless, violent acts can take place." Last week, the EU added Lukashenko, his eldest son Viktor and 13 other officials to a sanctions list for their role in the crackdown.