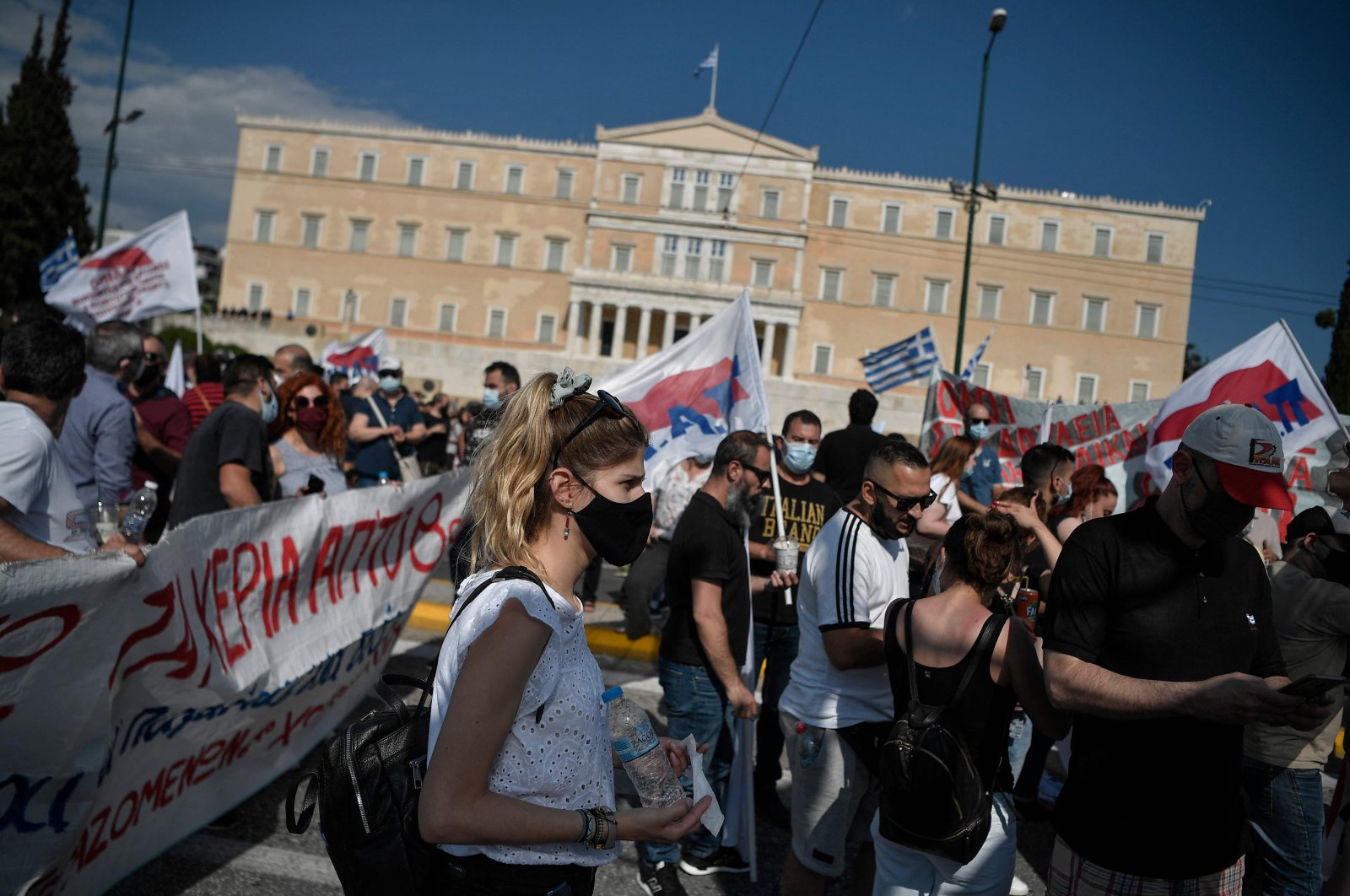 The Greek parliament approved a controversial labor bill Wednesday that has sparked outrage. The bill was approved by 158 ruling party lawmakers in the 300-seat parliament. All opposition parties,142 votes in total, rejected it on principle.

No ferry services to Greek tourist islands were available and urban transport in the capital was disrupted by the 24-hour walkout, the second in a week. Police said more than 7,000 people demonstrated against the bill in Athens on Wednesday morning, and around 9,000 were gathered outside parliament as 158 lawmakers from the ruling right-wing New Democracy party approved the law in the 300-seat body.

One in four workers in Greece today is undeclared or partially declared to labor authorities, the prime minister said. But communist party leader Dimitris Koutsoumbas said the new system legalizes a workplace "jungle" where employees will be "totally defenseless."

Leftist opposition leader Alexis Tsipras denounced the law as a "return to the Middle Ages," saying, "This bill means working more for less pay and without (job) security." Public services were also shut in opposition to the new law, which promotes flexible working hours and sets tougher rules on strikes.

The government says the reform introduces optional working-hour flexibility, sets rules on remote work, improves parental leave and includes safeguards against sexual harassment in the workplace. A working day of up to 10 hours is permitted under the reform.

The law also aims to force unions to assure public services during strikes and make them liable for fines over disruption caused by walkouts. Unions and opposition parties say the reform undermines collective bargaining, disrupts employees' personal lives and formalizes overtime exploitation by employers – especially large businesses – which has already been going on for years. Last week, over 16,000 people took part in separate demonstrations in Athens organized by unions and opposition parties.