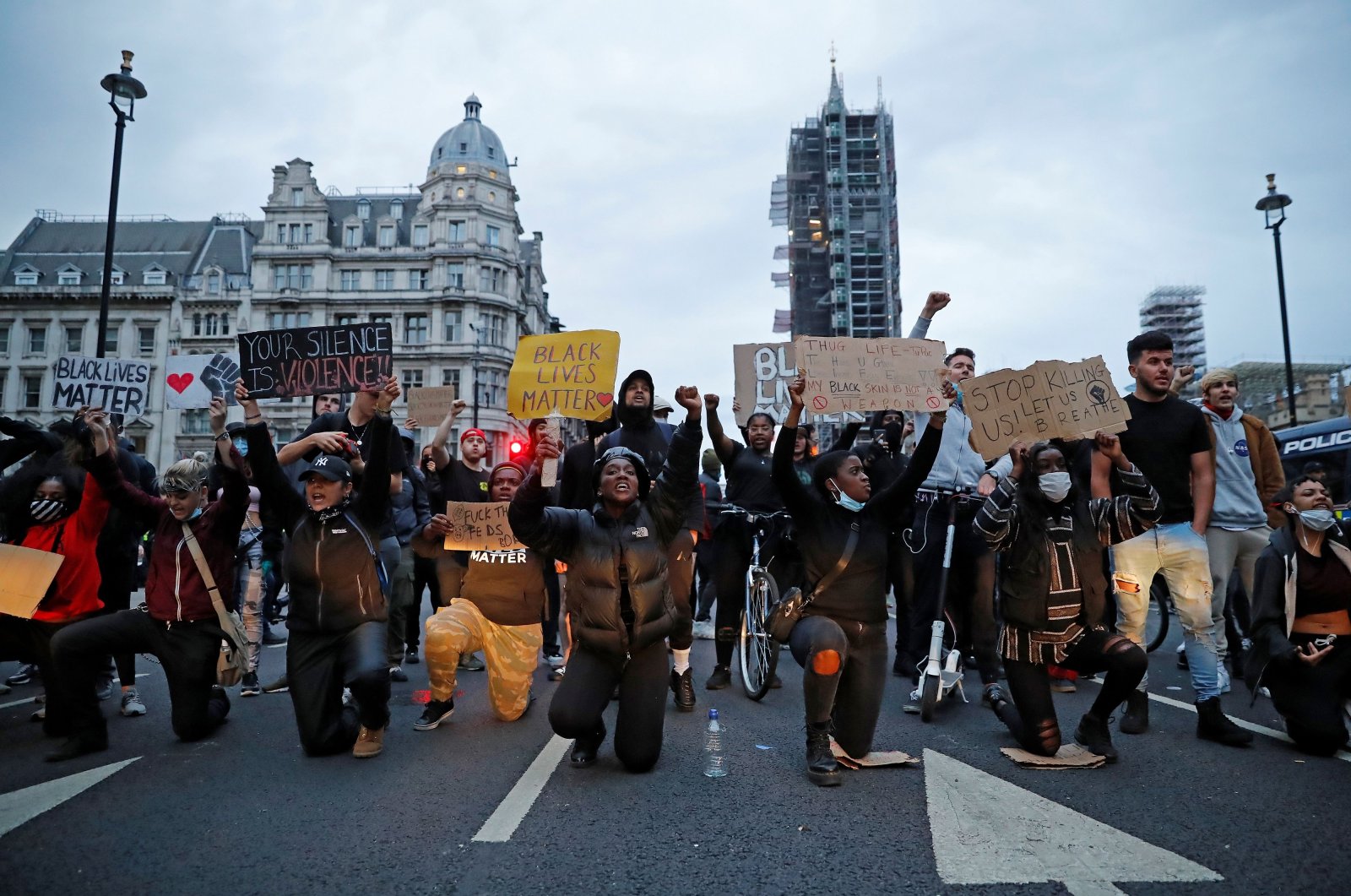 Protestors hold placards as they kneel in front of police vans in Parliament Square, during an anti-racism demonstration in London, on June 3, 2020. (AFP Photo)
by ASSOCIATED PRESS
Jun 08, 2020 1:33 pm

U.K. Prime Minister Boris Johnson said on Monday that anti-racism demonstrations have been “subverted by thuggery” after protesters tore down a statue of a slave trader in the city of Bristol and scrawled graffiti on a statue of Winston Churchill in London.

Johnson says while people have a right to peacefully protest, they have no right to attack the police. He says “these demonstrations have been subverted by thuggery – and they are a betrayal of the cause they purport to serve.’’

Crime, Policing and Justice Minister Kit Malthouse called Monday for those responsible for toppling the bronze memorial to slave trader Edward Colston in Bristol to be prosecuted.

But Bristol Mayor Marvin Rees told the BBC that while he doesn’t condone criminal damage, he felt no “sense of loss” for the statue.