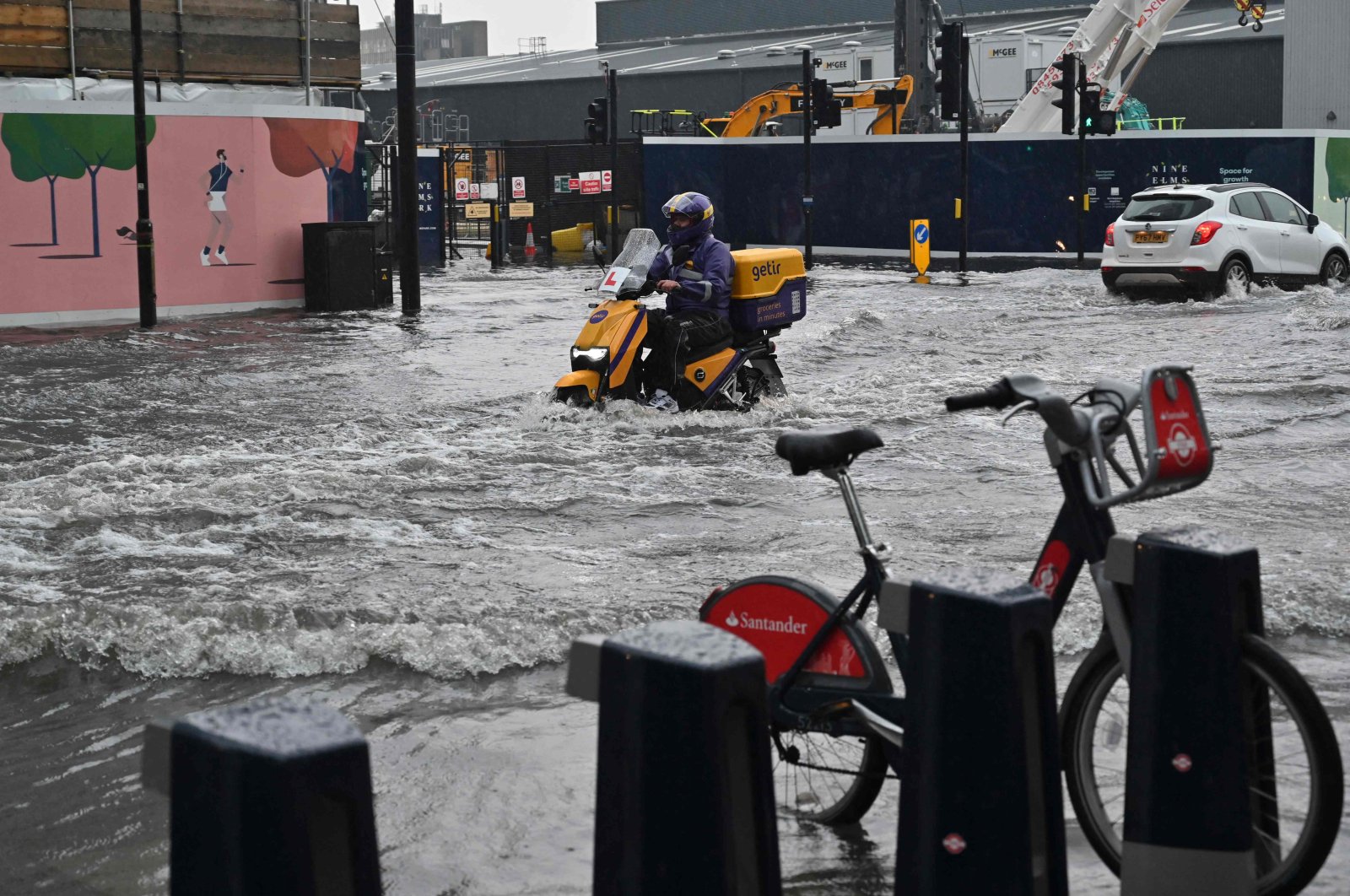 Social media users posted videos of partially submerged vehicles in southwest London, with more heavy rain set to fall as a band of thunderstorms made its way across southeast England.

It warned there was a risk of lightning strikes and flooding, with up to 10 centimeters (4 inches) of rain forecast to fall in some areas, almost double the monthly average for July.

Police closed a road near Queenstown Road station in southwest London, where three double-decker London buses were stuck under a railway bridge, according to an Agence France-Presse (AFP) journalist.

A driver, who gave his name as Eric, said passengers had to get off after his bus started taking on water.

Other motorists in Walthamstow, northeast London, abandoned their vehicles as the rain hammered down.

Police said they were "currently dealing with numerous floods in the east," warning that tunnels and roundabouts were submerged.