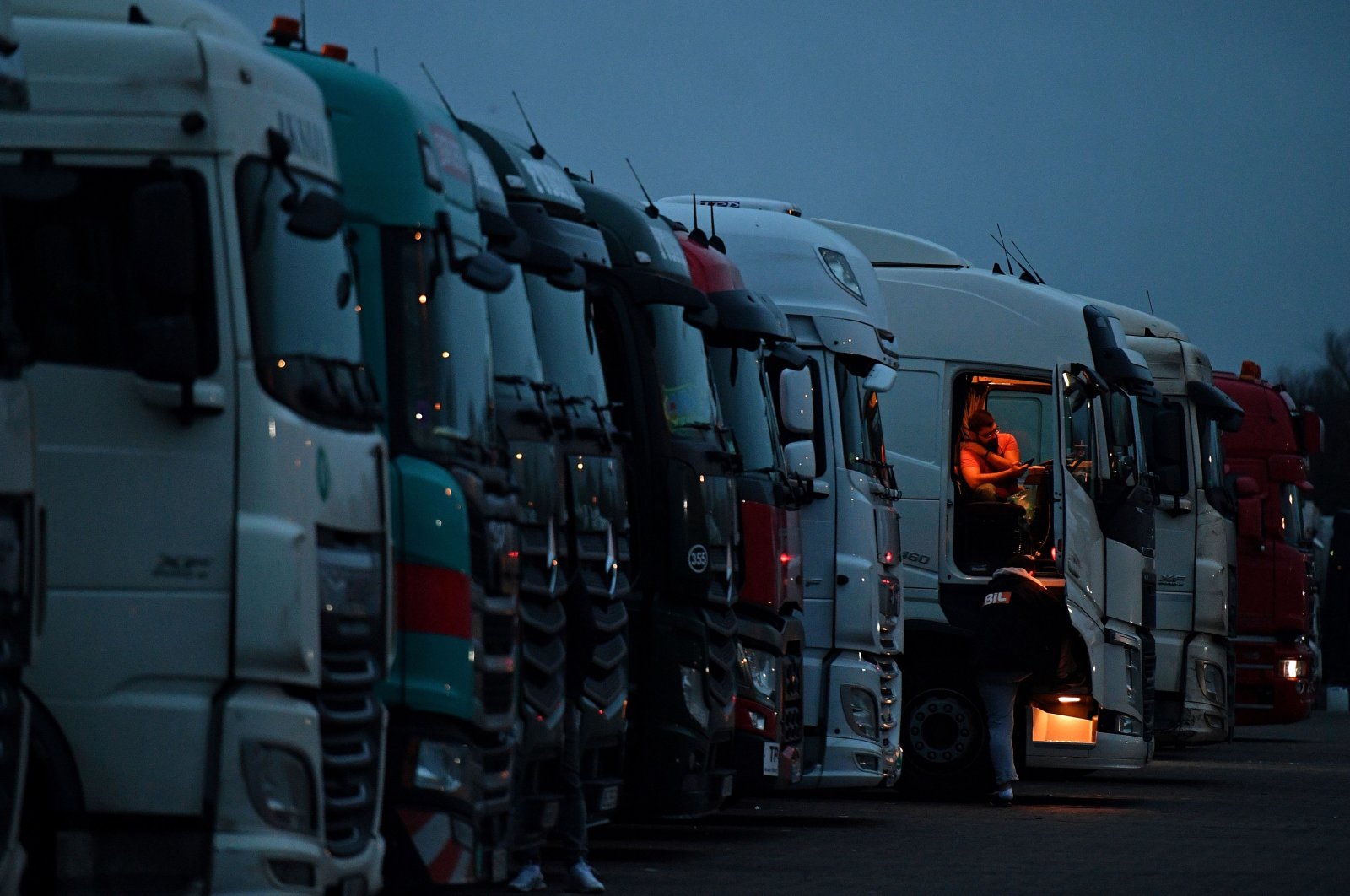 Drivers of freight lorries and heavy goods vehicles are illuminated by the lights inside their cabs as they are parked at a truck stop off the M20 leading to Dover, near Folkestone in Kent, southeast England on Dec. 22, 2020. (AFP Photo)
by German Press Agency - DPA Dec 22, 2020 9:12 pm

Traffic jams formed in southern England on Tuesday as thousands of trucks lined up near the port of Dover on the English Channel, after France closed its border over concerns of a new strain of the coronavirus.

Some 2,180 vehicles were parked at the disused Manston Airport according to a spokesperson for the county of Kent.

A further 630 trucks were parked on several lanes of the M20 motorway linking London and Dover.

Some 4,000 trucks are currently waiting to leave the country, according to industry associations. Drivers said food worth millions was spoiling, and complained of the conditions, citing the lack of sanitary facilities, British media reported.