Trial of extremist charged with murder, harm starts in Germany 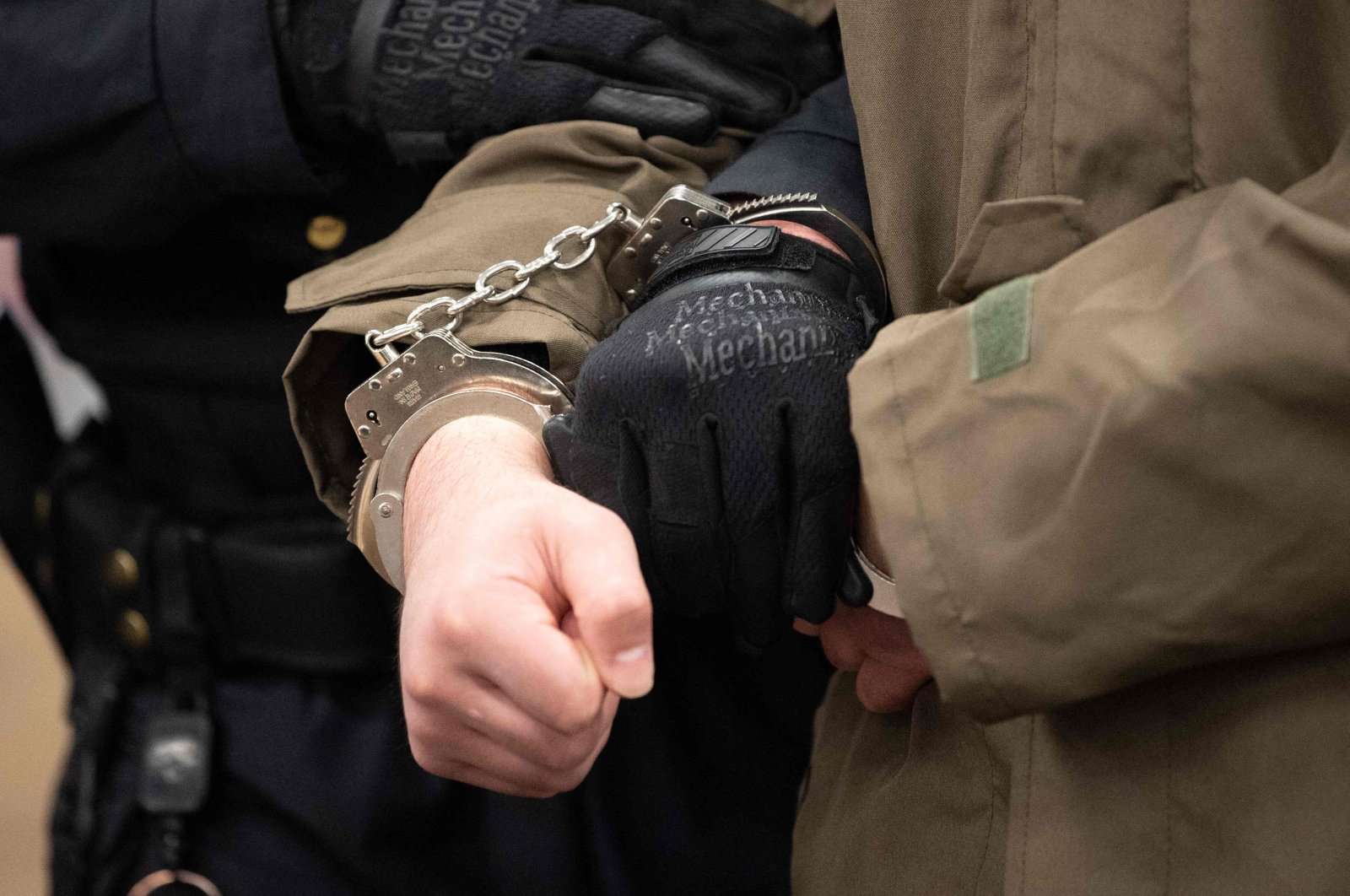 Handcuffed defendant Abdullah A (C), accused of stabbing a German tourist to death in Dresden, is led by court officials into the hearing room of his trial at the Higher Regional Court in Dresden, eastern Germany, April 12, 2021. (AFP Photo)
by French Press Agency - AFP Apr 12, 2021 6:27 pm
RECOMMENDED

The trial of a Syrian extremist charged with the stabbing murder of a German tourist and serious injury of another person last year, began in eastern Germany's Dresden province Monday.

The 21-year-old, named by German media as Abdullah A., is charged with murder, attempted murder and grievous bodily harm for allegedly using a 21-centimeter (8.1-inch) blade to attack two men who had traveled to Dresden from North Rhine-Westphalia, on October 4 of last year.

One of them, a 55-year-old man, later died from his injuries in hospital. The other, aged 53, survived with serious injuries.

Ahead of the trial, which is set to run until the end of May, prosecutors said the then 20-year-old was motivated by homophobia and "radical views".

"He chose his victims in order to punish them with death as representatives of a free society he rejected as infidel," the charge sheet stated.

The defendant's lawyer told the court that his client would not be making a statement.

Abdullah A. was arrested on October 20, just over two weeks after he attacked the two men outside Dresden's Palace of Culture.

Having arrived in Germany as a minor during the refugee crisis of 2015, the Syrian had been living in the country under "tolerated" status granted to people whose asylum requests have been rejected, but who cannot be deported.

He has a long criminal record and was handed a juvenile sentence of two years and nine months in 2018 for soliciting support for a foreign terrorist organization.

He remained under surveillance following his release shortly before the Dresden attack.

The stabbing turned Germany's attention once again to the threat of terrorism after a recent rise in attacks by right-wing extremists.

It came just days before French history teacher Samuel Paty was brutally murdered in Paris for showing offensive cartoons of the Prophet Muhammed in a lesson on free speech.

"This act once again demonstrates the danger of (extremist) violence," Interior Minister Horst Seehofer said in a statement after the Dresden attack.

"Whatever the form of extremism and terrorism, the utmost vigilance is called for," he said.