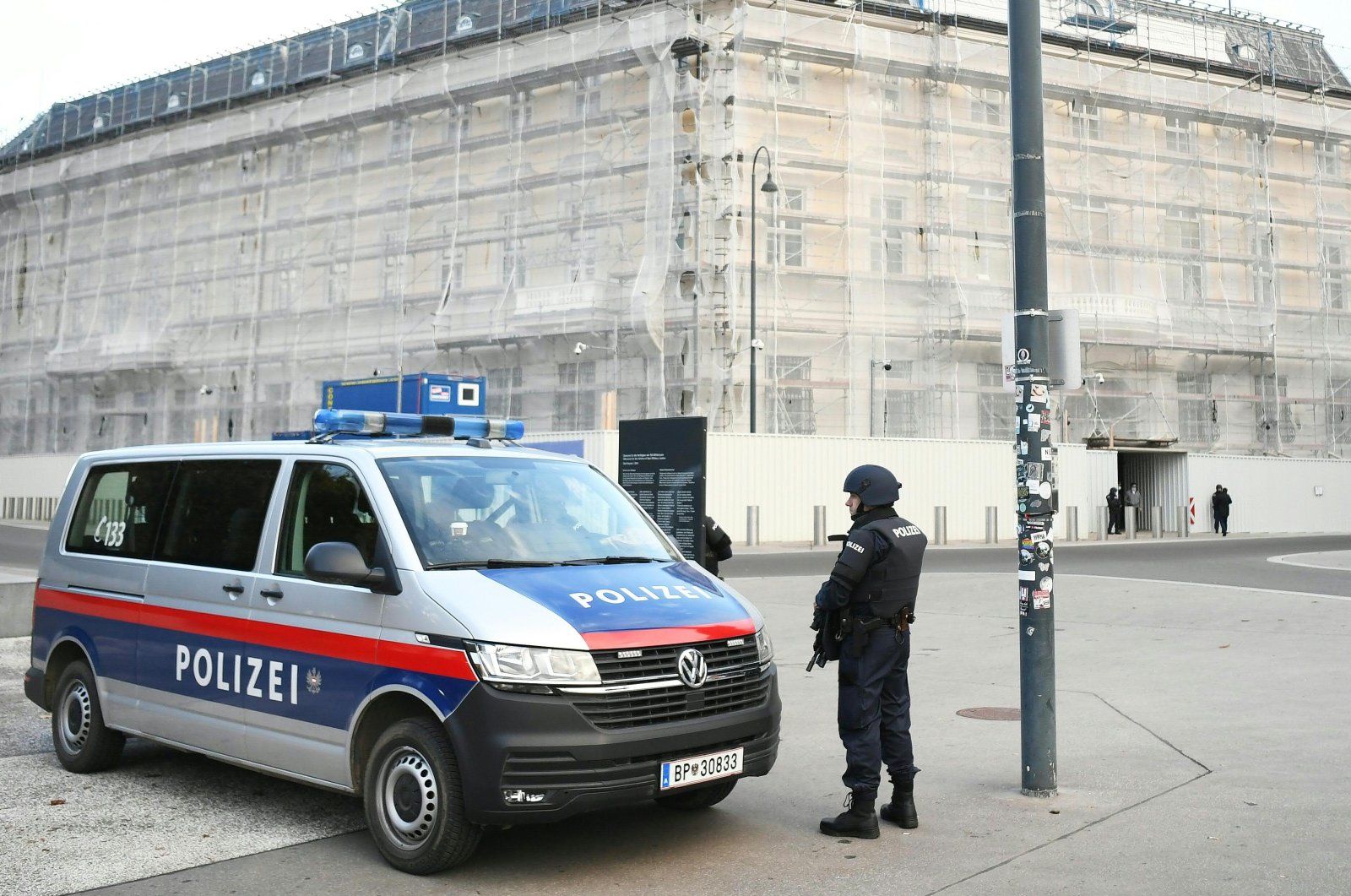 Two Turkish men saved two women and one police officer's life during Monday's terrorist attack that left at least five people dead in the Austrian capital, while barely escaping death after being shot by one of the gunmen, according to an Anadolu Agency (AA) report

Recep Tayyip Gültekin said he was with his friend Mikail Özer in Vienna's city center when they heard gunshots. He said they headed in the direction of the commotion and saw a gunman shooting a civilian passerby. Gültekin helped the injured woman.

"After I carried the woman to a nearby restaurant, the terrorist pointed his gun at me," he recalled. He threw himself to the ground to avoid being shot by the gunman, who was carrying a long-barrel gun, but was wounded, he said. "We got into my friend's car and went to the nearest police station to report the incident."

Gültekin said that later, they saw a police officer who had been wounded in the clash. Noting that medical teams could not approach the scene due to the conflict, Gültekin and his friend carried the officer to an ambulance. They also helped an elderly woman they encountered at the scene move to a safe location, he said.

Turkish Foreign Minister Mevlüt Çavuşoğlu hailed the two men for risking their own lives to help the injured civilians and police officer, saying, “Our two brothers did what a human, a Muslim, and a Turk should do.”

Later on Tuesday, President Recep Tayyip Erdoğan also held a video phone call with Gültekin and Özer. During the call, Erdoğan wished Öztekin a speedy recovery and asked about his health condition.

Stating that Turkey is proud of them, Erdoğan said: "Keep helping Austrians. They may not understand us, but we understand them."