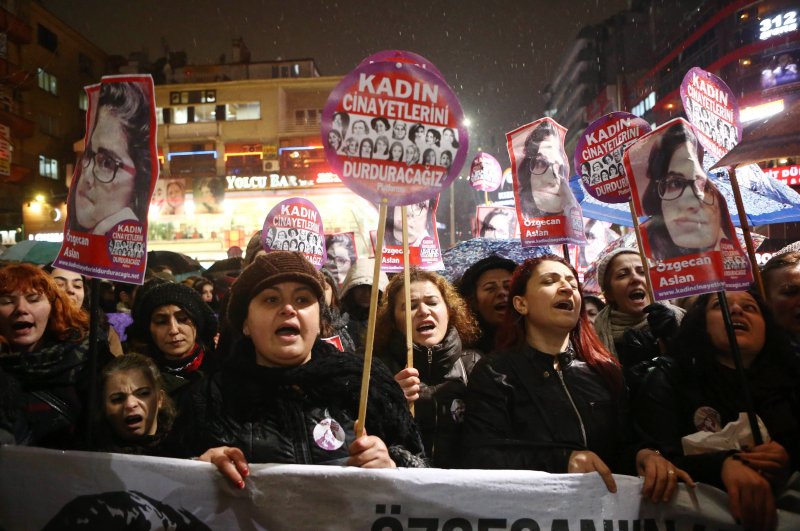 Women shout slogans and hold a portrait of 20-year-old Özgecan Aslan, who was murdered after she resisted an alleged attempt to rape her in the southern city of Mersin, during a demonstration against Aslan's murder in Ankara on February 16, 2015 (AFP File Photo)
by DAILY SABAH Feb 24, 2020 3:25 pm

The network “Women Against Violence Europe” (WAVE) selected lawyer Aybüke Çakırel Şenzek to join the group’s legal expert group, representing Turkey. This group of 10 is working to counsel the network, supported by the European Commission.

Çakırel Şenzek said she was overjoyed and didn’t expect to be chosen to join the experts, stating that Turkey’s other women’s rights groups applied for the spot. Being a member of Turkey’s “Mor Salkım” association, which helps women and children suffering from violence, she works with them to look into cases pro bono.