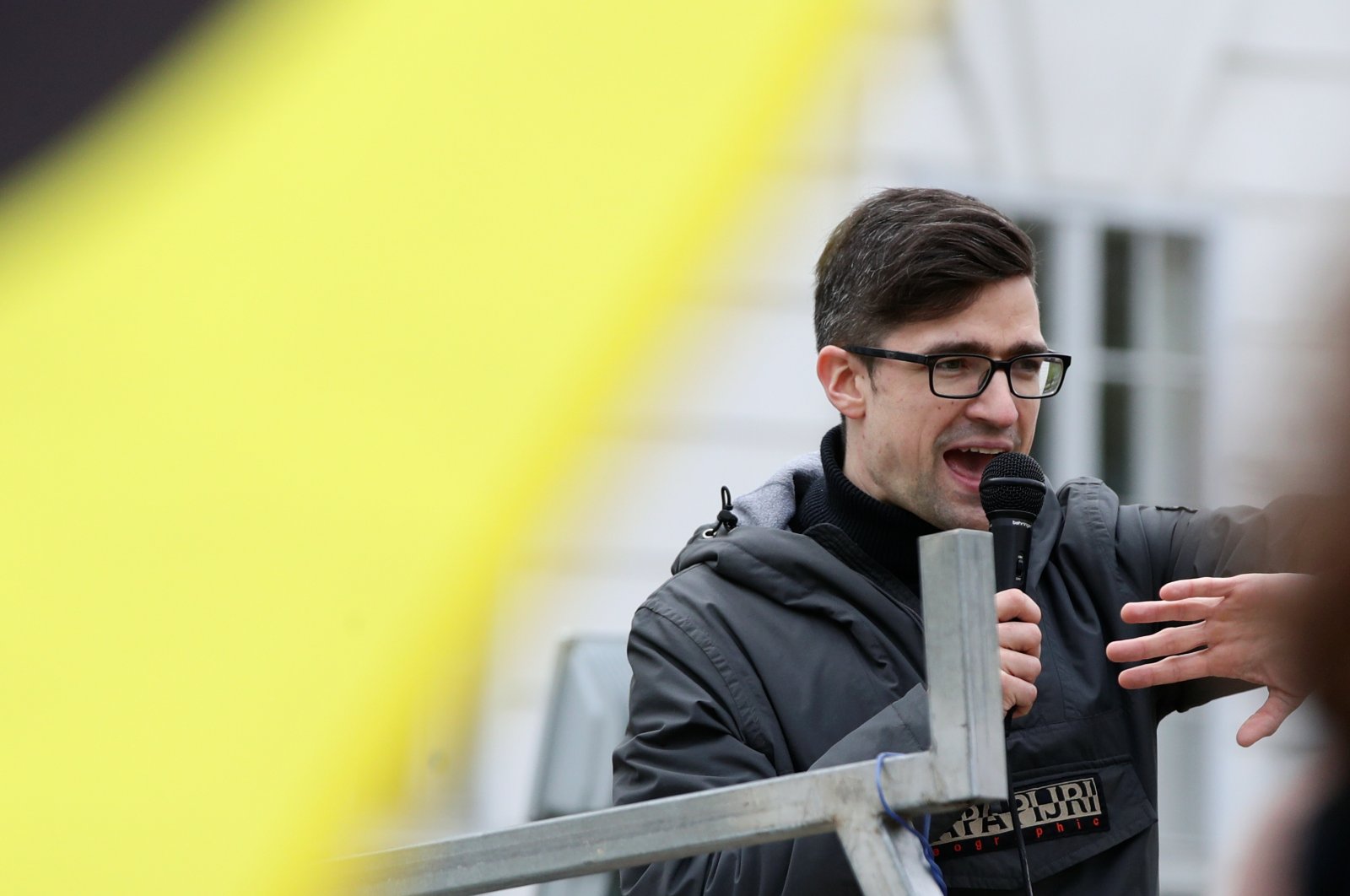 Leader of Austria's far-right Identitarian Movement Martin Sellner speaks during a protest against a police raid at his house, outside the Justice Ministry in Vienna, Austria, April 13, 2019. (Reuters Photo)
by German Press Agency - DPA Jul 11, 2020 6:48 pm

Twitter has blocked several accounts associated with the right-wing extremist Identitarian movement, including the profile of its leader, Martin Sellner from Austria, and its German branch.

The profiles now read: "Twitter suspends accounts which violate Twitter Rules." The suspension, which has been in place since Friday, also affected accounts in France, Italy, Denmark and the U.K.

Twitter confirmed the suspension to the dpa news agency Saturday. A spokesman for the online platform cited a company policy in which the threat of or support for terrorism or violent extremism is not tolerated.

According to the policy, an account will be "permanently blocked" in cases of violation, but those affected can object to the decision.

Germany's Identitarian movement account had about 30,000 followers, while Sellner had nearly 40,000. The movement is strongly against multicultural societies and spreads right-wing extremist conspiracy theories.