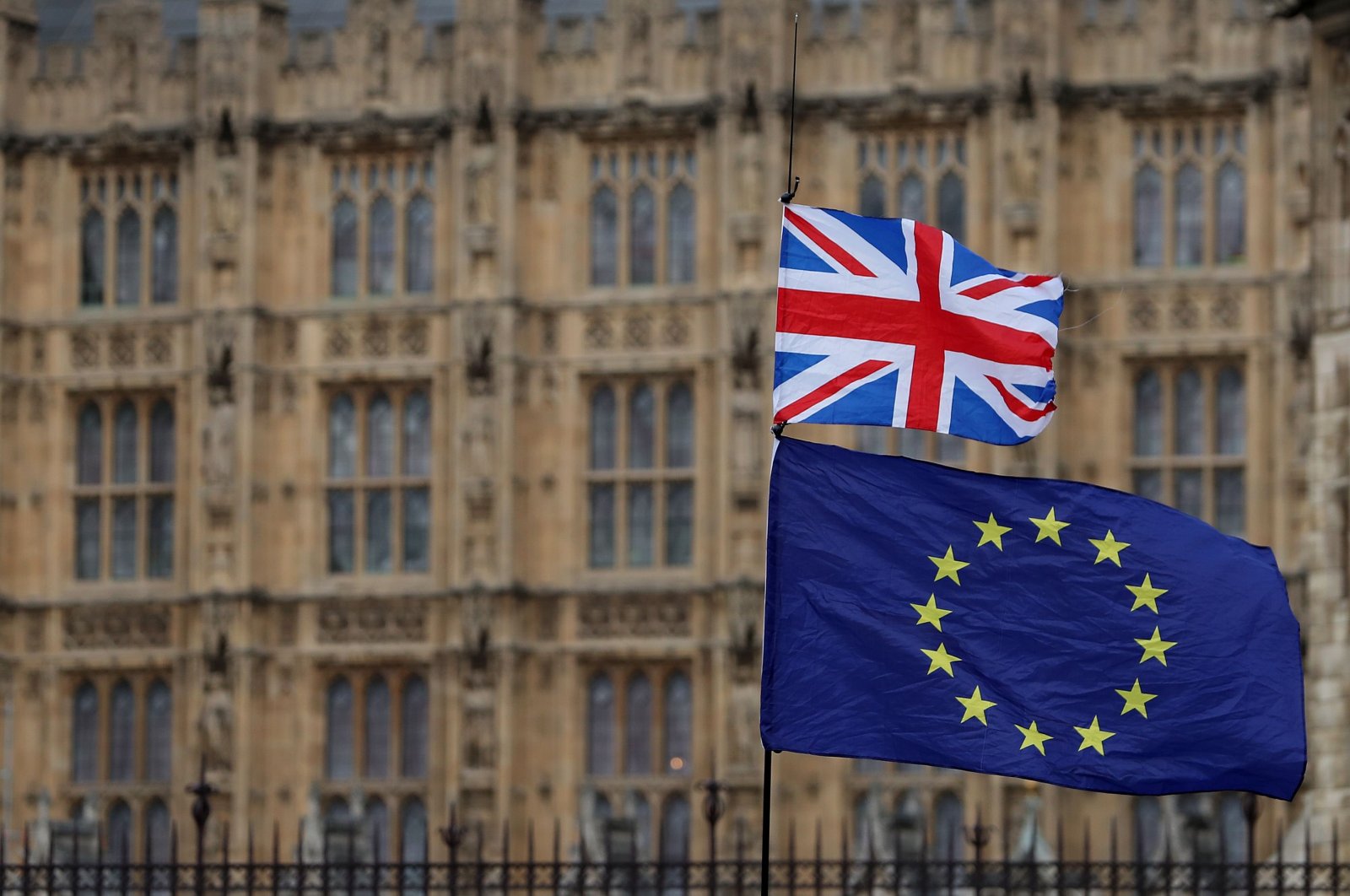 In this file photo taken on Jan. 23, 2019, an anti-Brexit activist waves Union and European Union flags as they demonstrate outside the Houses of Parliament in central London. (AFP Photo)
by French Press Agency - AFP Jun 12, 2020 11:54 am
RECOMMENDED

Britain will apply "light-touch" border checks on goods from the European Union when the Brexit transition period ends this year to help firms hit by the coronavirus crisis, reports said Friday.

Ministers have ditched plans to introduce a more rigorous regime following pressure from businesses struggling with the fallout from the pandemic, according to the Financial Times and the BBC.

Britain's economy shrank by more than a fifth in April from March, a record, as the first full month of its virus lockdown ravaged activity.

In a slump dwarfing previous downturns, the economy contracted by 20.4% in April from March, when it shrank by nearly 6%. It was 24.5% smaller than in April 2019.

The country formally left the EU on Jan. 31 after 47 years of membership but remains in a transition period until Dec. 31, keeping it inside the bloc's single market and customs union.

With talks on a new trade agreement deadlocked, Britain continues to reject EU offers to extend the standstill arrangements, a step which would need to be agreed on by the end of the month.

However, a government source confirmed it would now adopt a "pragmatic and flexible approach" to post-Brexit goods checks.

"We recognize the impact that the coronavirus has had on U.K. businesses," the source said.

"As we take back control of our laws and our borders at the end of this year, we will take a pragmatic and flexible approach to help businesses adjust to the changes and opportunities of being outside the single market and the customs union."

A spokesman for the Cabinet Office, which is spearheading the preparations, noted the government said earlier this week it will provide an update on its plans "soon."

That would have required traders in Britain and the EU to submit customs declarations and face checks on goods, which he said at the time were "necessary" to secure the country's borders and collect taxes.

But the Financial Times said Gove has backtracked and has now accepted that a "temporary light-touch regime" at ports such as Dover would be needed.

British Prime Minister Boris Johnson is set to talk to the heads of the three main EU institutions, the commission, parliament and council, to take stock of the negotiations on Monday, directly joining the talks for the first time.