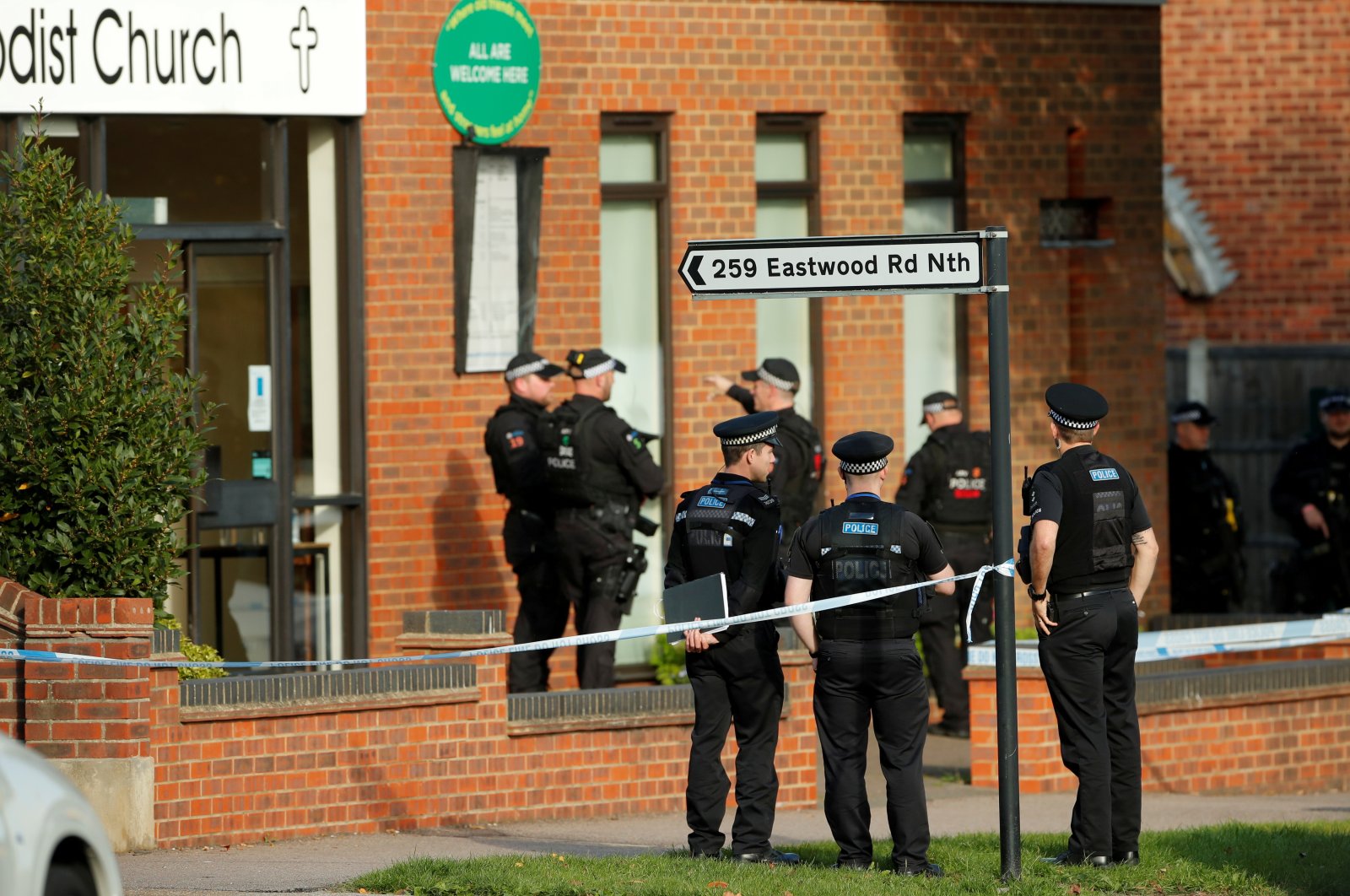 Police officers are seen at the scene where British lawmaker David Amess was murdered during a visit with constituents in Leigh-on-Sea, Britain, Oct. 15, 2021. (Reuters Photo)
by Agencies Oct 21, 2021 3:06 pm
RECOMMENDED

British authorities said Thursday a man has been charged in the stabbing of a Conservative lawmaker who was killed as he met constituents at a church hall last week.

Authorities say a 25-year-old British man with Somali heritage, Ali Harbi Ali, has been charged in the death of David Amess. The Crown Prosecution Service said the murder has been charged with terroristic connections.

The death of Amess, who had served in Parliament for almost 40 years and was knighted by Queen Elizabeth II in 2015, shocked Britain, especially its politicians, who pride themselves on being accessible to their constituents. It has prompted conversations at the highest levels about how the country protects its leaders and grapples with extremism at home.

The slaying came five years after Labour Party deputy Jo Cox was shot and stabbed to death by a far-right extremist. Cox was the first British lawmaker to be killed since a peace accord ended large-scale Northern Ireland violence almost 30 years earlier.

"We will submit to the court that this murder has a terrorist connection, namely that it had both religious and ideological motivations," Nick Price, Head of the Crown Prosecution Service Special Crime and Counter Terrorism Division said, according to Reuters. "He has also been charged with the preparation of terrorist acts. This follows a review of the evidence gathered by the Metropolitan Police in its investigation," he added.

Ali, the son of an ex-media adviser to a former prime minister of Somalia, is due to appear at London's Westminster Magistrates' Court later on Thursday.

"There has been considerable speculation in the media about the background, history and motivation of the man now charged," he said and added, "I understand the huge level of public interest in this case, but now a charge has been brought, it is vitally important that everyone exercises restraint when commenting on it publicly, to ensure future court proceedings are not prejudiced in any way."

He said no other arrests had been made and they were not looking for any other people in connection with the murder.