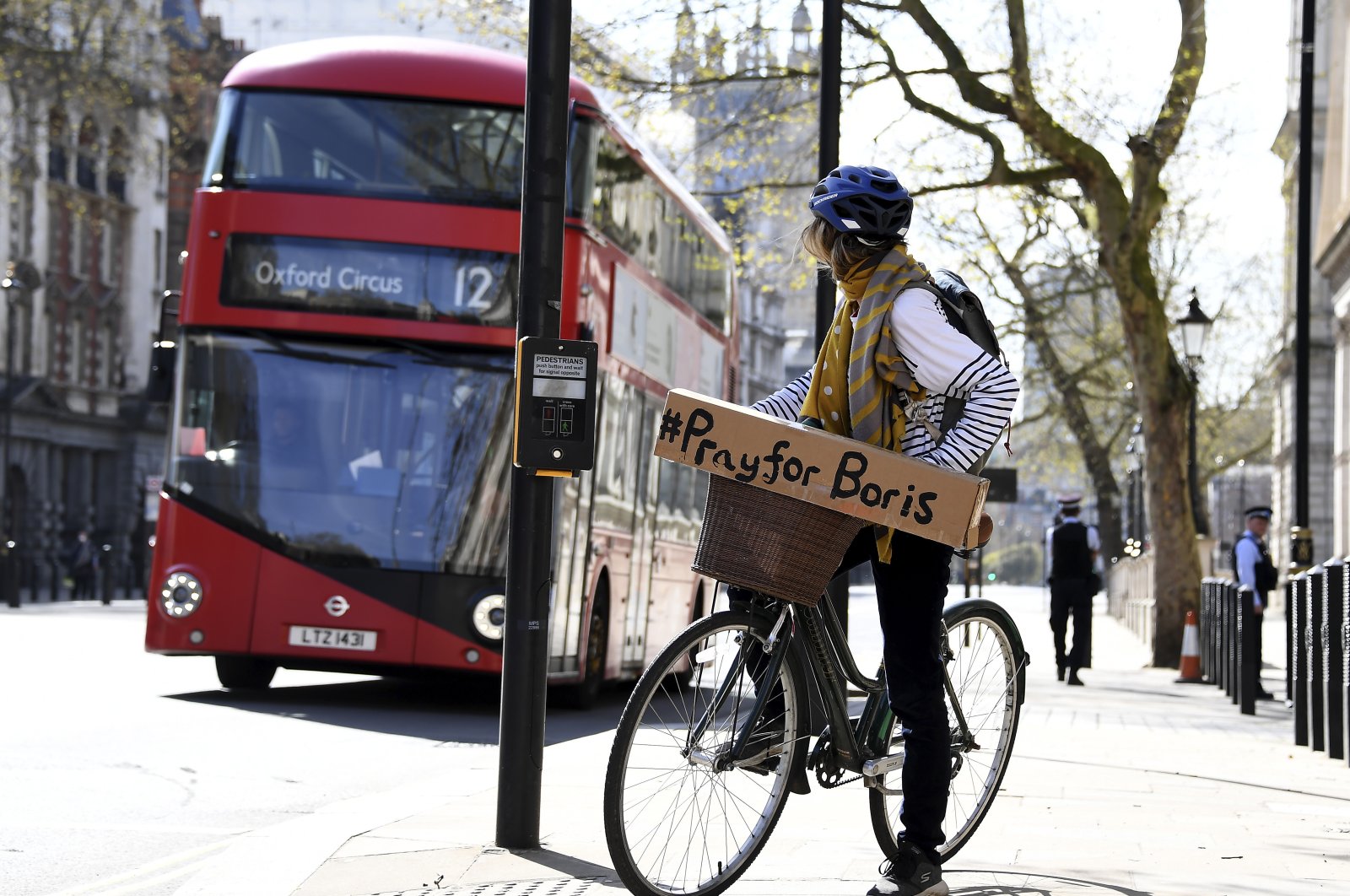 A woman shows a sign on her bicycle as British Prime Minister Boris Johnson is in intensive care fighting the coronavirus in London, Tuesday, April 7, 2020. (AP Photo)
by Compiled from Wire Services Apr 07, 2020 3:10 pm
RECOMMENDED

British Cabinet Minister Michael Gove said they were "desperately hoping" that Prime Minister Boris Johnson can recover from COVID-19, as he remains in intensive care after having contracted the novel coronavirus and scores of U.K. officials continue to stay in self-isolation.

Britain’s foreign secretary, Dominic Raab, has taken over running the country with Johnson sidelined by an illness that can be debilitating even for those with access to the world’s best medical care.

The 55-year-old Johnson, the world’s first known head of government to fall ill with the virus, was conscious in a London hospital and needed oxygen but was not on a ventilator.

In relation to national security matters, Foreign Minister Raab and the cabinet have the ability to respond in Johnson’s absence, the Prime Minister’s spokesman said.

“FM Raab cannot hire and fire ministers while he is deputizing,” he added.

Worldwide, more than 1.3 million people have been confirmed infected and over 75,000 have died from the virus, according to Johns Hopkins University.

The true numbers are certainly much higher, because of limited testing, different rules for counting the dead and deliberate underreporting by some governments.

For most people, the virus causes mild to moderate symptoms such as fever and cough. But for some, especially older adults and the infirm, it can cause pneumonia and lead to death. More than 285,000 people have recovered worldwide