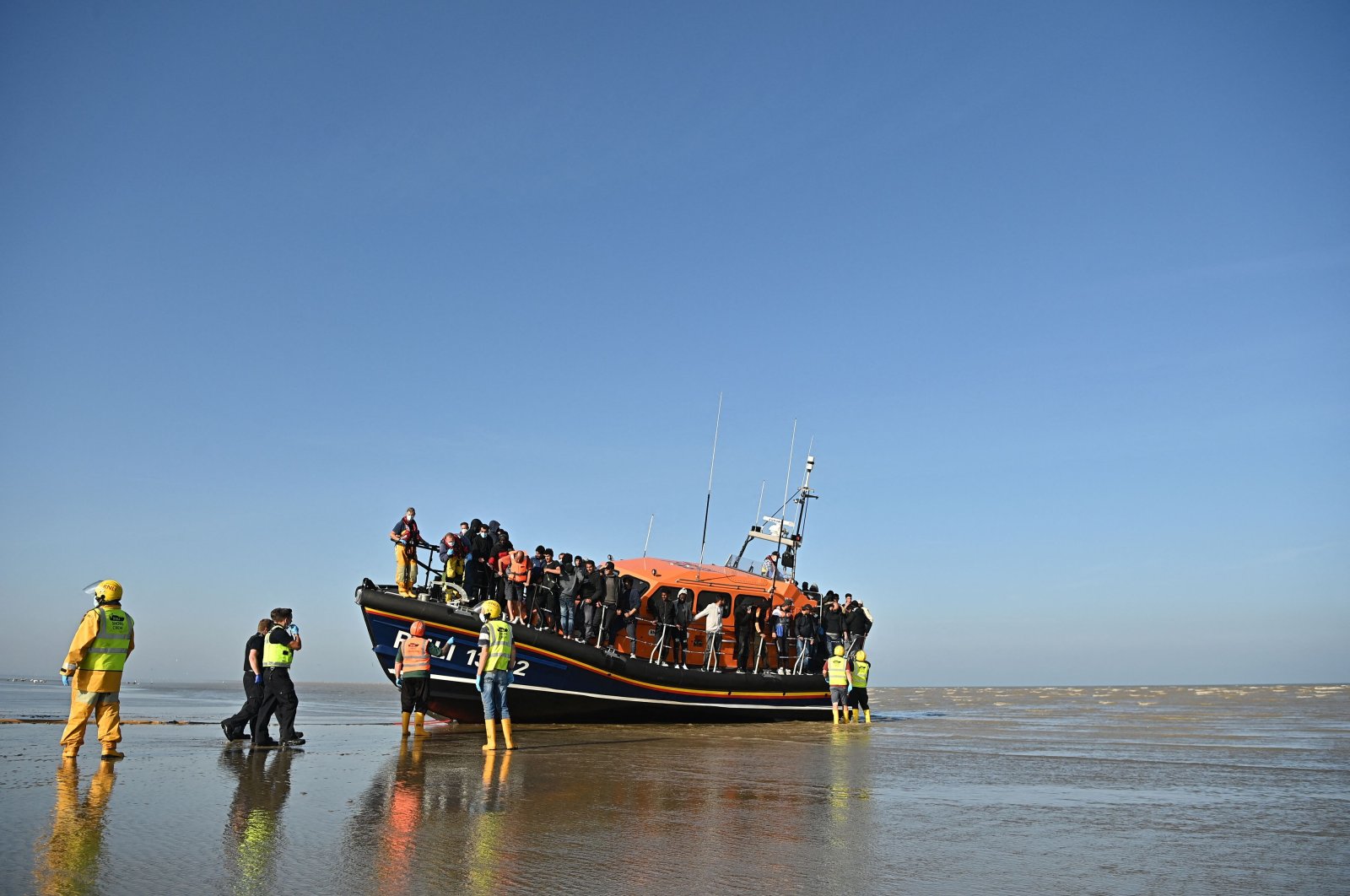 The British and French interior ministers met Wednesday as the United Kingdom sought more action from France to curb increasing migrant arrivals via the English Channel.

Thousands of migrants have landed on beaches in southeast England in recent days of calm, summery weather, with 785 arriving on Monday alone, according to Britain’s Home Office. More than 12,000 have made the crossing this year, according to a count by Britain’s Press Association news agency. In 2020, about 8,500 people made the journey, and several died in the attempt.

Migrants have long used northern France as a launching point to reach Britain, either by stowing away in trucks or on ferries or – increasingly since the coronavirus pandemic disrupted international travel – in dinghies and other small boats organized by people smugglers.

The British and French governments have worked for years to stop the journeys, without much success. Earlier this year, Britain agreed to give France 54 million pounds ($74 million) to help fund a doubling of the number of police patrolling French beaches.

The money has not yet been paid, and U.K. Home Secretary Priti Patel has suggested she could withhold it if France does not do more to stop the boats departing. She is due to meet French Interior Minister Gerald Darmanin during a two-day G-7 interior ministers’ meeting in London that begins Wednesday.

“We depend to a large extent on what the French are doing, but clearly as time goes on and this problem continues we are going to have to make sure that we use every possible tactic at our disposal to stop what I think is a vile trade and a manipulation of people’s hopes,” he told lawmakers in the House of Commons.

Refugee charities said the tough talk from the British government was pointless, and urged the government to make it easier for asylum-seekers to come to the U.K. safely.

Bella Sankey, director of Detention Action, said Patel should “reach an agreement with her French counterpart to develop a humanitarian visa which would give safe passage to those likely to be recognized as refugees in the U.K.”

French lawmaker Pierre-Henri Dumont, who represents the Calais region of northern France in the National Assembly, said authorities there were doing all they could.

“We cannot stop all the crossings,” he added. “We need to address the causes of migration.”