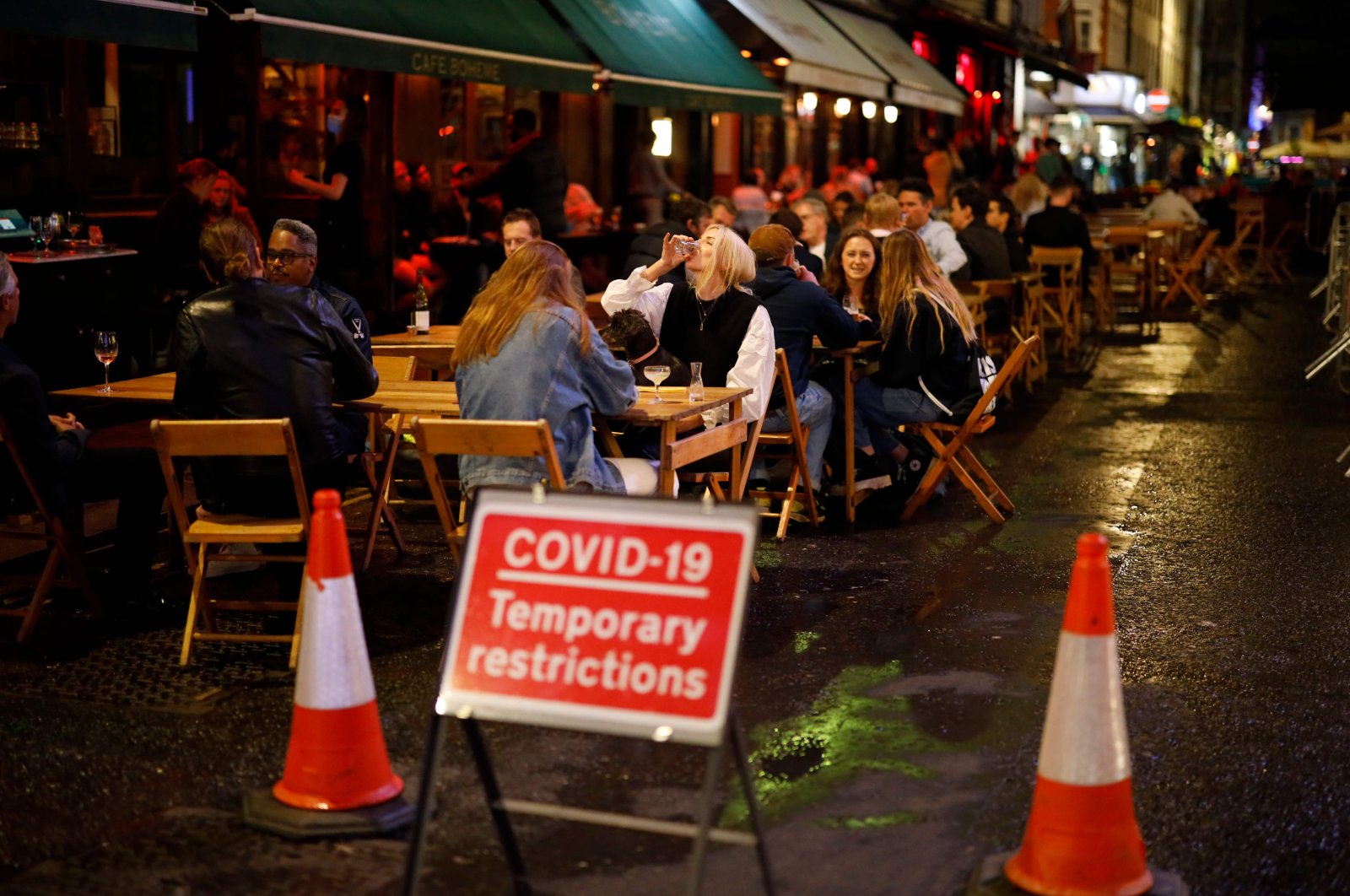 Britain recorded its highest number of daily cases of COVID-19 on Thursday at 6,634, according to government data, reflecting a second wave of infections sweeping through the country but also a much higher level of testing than during the first wave.

Earlier, Health Secretary Matt Hancock said the government estimated fewer than 10,000 people were becoming infected every day, as opposed to estimated numbers over 100,000 during the peak of the first wave.

"(At the peak), we estimate through surveys that over 100,000 people a day were catching the disease, but we only found about 6,000 of them and they tested positive," he said in an interview on Sky News.

"Now we estimate that it's under 10,000 people a day getting the disease. That's too high, but it's still much lower than in the peak."

While testing capacity has increased dramatically since the first wave, the system has nevertheless been under strain, with many people reporting they were unable to get tests, or had to travel long distances. Delays in getting results back have also led to criticism of the system.

Public Health England said there had also been 40 new deaths, up from 37 the day before. At the peak of the pandemic, Britain was reporting more than 1,000 deaths per day.

Meanwhile, France also reported a new record for daily coronavirus infections on Thursday, a day after the government announced new restrictions on bars and restaurants in major cities which have provoked an outcry from local politicians and business owners.

Figures from Public Health France showed that 16,096 people had tested positive for COVID-19 over the last 24 hours, a record – even though experts advise that testing during the first coronavirus wave in March-April captured only a fraction of cases.

The centrist government of President Emmanuel Macron announced a series of new measures on Wednesday to try to slow the spread of the disease, including the closure of all bars and restaurants in Marseille and earlier closing times in Paris and elsewhere.

Faced with criticism from the mayors of Paris and Marseille, legal challenges and calls from some bar owners to defy the new orders, Prime Minister Jean Castex called for "responsibility."

"What I don't want is that we go back to March," he said, referring to one of the strictest national lockdowns in Europe in which French people were required to fill out forms to leave their homes.

Castex also admitted that he has not downloaded his own government's StopCovid contact tracing app.

"Yes I am pushing the French to use it, but I do not," he said on France 2 television, explaining that since becoming prime minister in July, he "unfortunately" now crosses paths with fewer people, in particular no longer taking the metro.