'UK gov't not responsible for returning Parthenon to Greece' 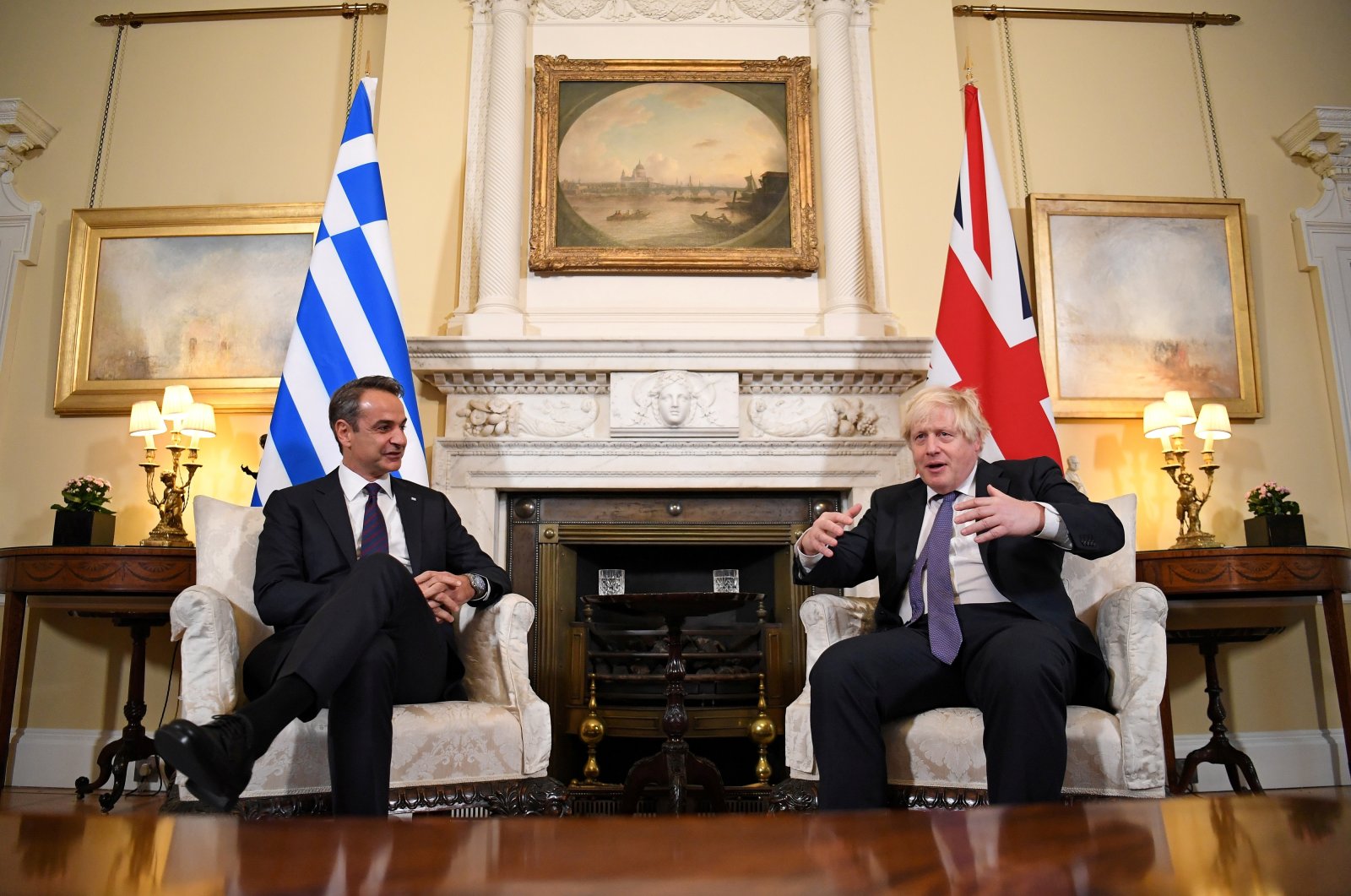 The British Museum is responsible for the issue of the repatriation of ancient Parthenon sculptures from the U.K. to Greece, not the government, Prime Minister Boris Johnson told his Greek counterpart Kyriakos Mitsotakis on Tuesday.

Greece has been asking since 1832 for the return of the sculptures, which were removed from the Parthenon temple in Athens in the early 19th century by British diplomat Lord Elgin.

Johnson's office said Mitsotakis raised the issue of the sculptures when the two leaders met in Downing Street.

"The Prime Minister (Johnson) said that he understood the strength of feeling of the Greek people on this issue, but reiterated the U.K.'s longstanding position that this matter is one for the trustees of the British Museum," a statement said.

This contradicted Mitsotakis, who said last week the issue was a matter for negotiation between the two governments.

Known in Britain as the Elgin Marbles, the sculptures make up about half of a 160-metre frieze that adorned the Parthenon, a 5th century B.C. architectural masterpiece. Most of the other surviving sculptures are in Athens.

The British Museum says there are no current discussions with the Greek government on the issue. It says Elgin acted legally when he removed the sculptures from Athens, and they are "a vital element in this interconnected world collection."

Johnson had told a Greek newspaper in March that the sculptures "were legally acquired by Lord Elgin under the appropriate laws of the time and have been legally owned by the British Museum’s trustees since their acquisition."

Athens, which has received backing from a groundswell of celebrities on the issue, has over the years said it does not wish to pursue legal action to settle the bitter dispute.

It has called for the United Nations cultural agency UNESCO to act as mediator, an offer rejected by the British Museum.