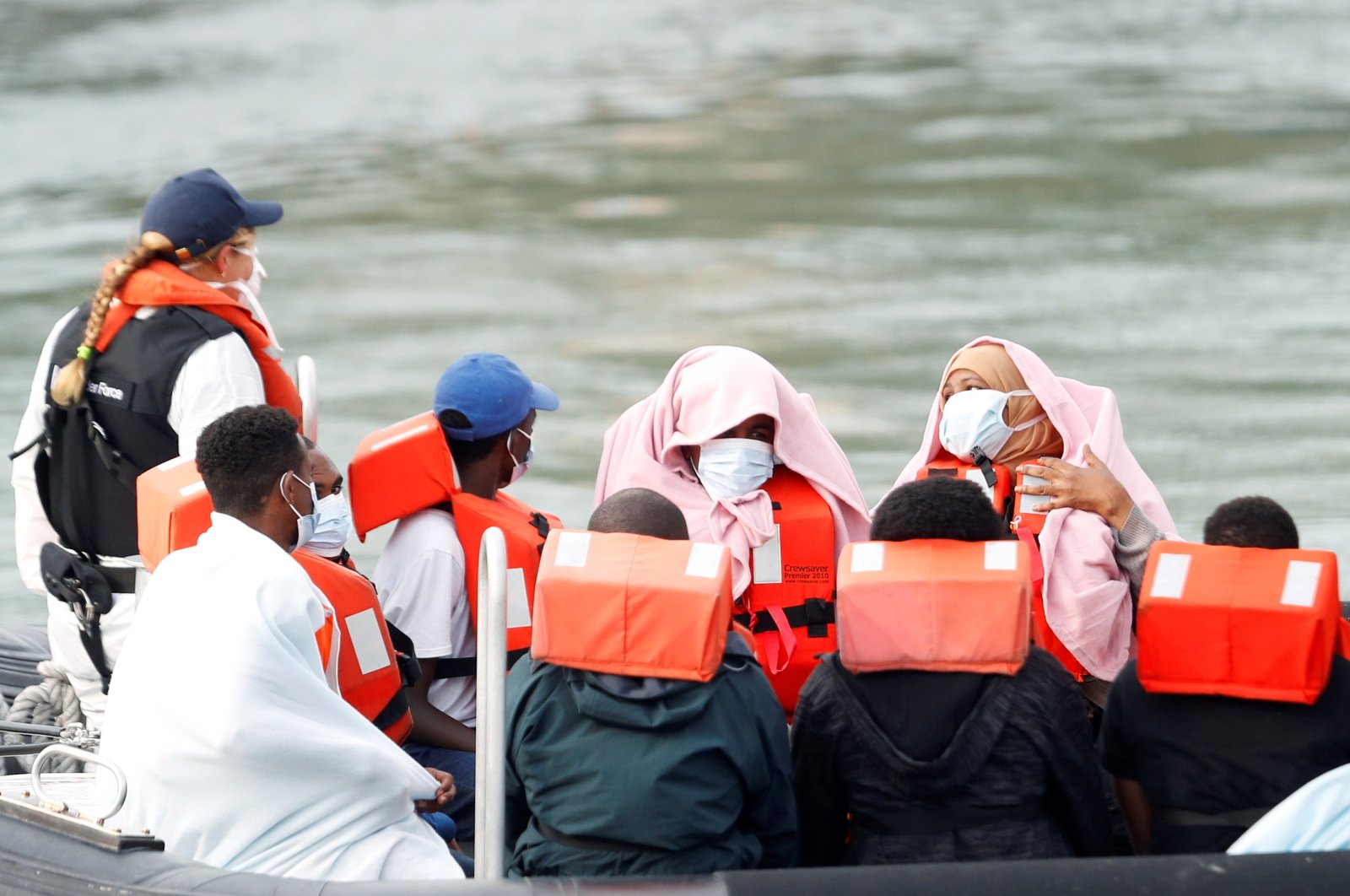 British interior minister Priti Patel accused migrants crossing the Channel on boats of "shopping around" to claim asylum, as she vowed Sunday to overhaul the U.K.'s response to the arrivals.

Delivering the keynote address on the second day of the ruling Conservatives' annual party conference, Patel pledged to introduce legislation next year "to fix this broken system."

In a speech short on policy details, she said asylum-seekers traveling through Europe before reaching Britain on small vessels showed the current system was "neither firm nor fair."

Patel said migrants were "shopping around for where they claim asylum, making that final and extremely dangerous Channel crossing to the United Kingdom while lining the pockets of despicable international criminal gangs."

"Our broken system is enabling this international criminal trade." Britain is grappling with how to deal with a recent surge in irregular migration across the Channel, with recent reports of possible solutions under consideration also causing an outcry.

Holding asylum-seekers on a British overseas territory in the South Atlantic Ocean which is closer to Cape Town and Rio de Janeiro than London are among the proposals said to be under discussion within Patel's ministry.

Other purported suggestions reported in the British media involve mooring a 40-year-old ferry off the English coast to house up to 1,400 people in 141 cabins, or even sending migrants to decommissioned oil rigs in the North Sea.

Patel did not address any of the mooted measures in her address, delivered virtually to Conservative Party members' from a stage in England's second city Birmingham due to the pandemic.

She said the reforms to the system would aim to welcome people through safe and legal routes and "stop the abuse of the system", but warned, "this will take time."

In the meantime, she added the government would step up its operational response to illegal migration. That would include continuing to target trafficking gangs and making more "immediate returns of those who come here illegally", Patel said.

"We will continue to examine all practical measures to effectively deter illegal migration," she added.

Patel also used her speech to the Tory grassroots audience to tout Britain's new points-based immigration system that ends the free movement of people and prioritizes those with high-skilled jobs.

The new regime will come into force next year when the country no longer abides by European Union rules after leaving the 11-month post-Brexit transition phase. Control of Britain's borders was one of the issues that drove voters to support a split from the bloc in the 2016 membership referendum.

"For the first time in decades, the British Government will determine who comes in and out of our country," Patel, the daughter of Ugandan Indians who emigrated to Britain in the 1960s, said. "We will welcome people based on the skills they have to offer and the contribution they can make."

The British government came under fire on Thursday after newspapers revealed it had studied housing asylum seekers on disused oil rigs, banishing them to camps in Moldova or Papua New Guinea, or building floating walls in the sea to keep them out.

The main opposition Labour Party said the plans, revealed in leaked papers published by several newspapers, showed the government was "lurching from one inhumane and impractical idea to another" and had "lost control and all sense of compassion."

Prime Minister Boris Johnson's government has said it is studying how to deal with small boats carrying migrants across the Channel from France, including looking at policies used in other countries.

It did not comment on any of the specific proposals reported in the newspapers, but Johnson's spokesperson said he did not recognize some of the ideas, without elaborating.

The proposals, which newspapers said had been studied by Britain's Home Office, or interior ministry, include building a camp for asylum seekers at Ascension Island, a U.K. overseas territory over 7,000 kilometers (4,000 miles) from the British mainland in the South Atlantic.

The Financial Times said officials had sounded out the maritime industry over the building of temporary "marine fencing" to block migrant boats in the Channel. The Guardian newspaper reported that Johnson's office was driving the discussion, and had asked officials to consider sending asylum seekers to Moldova, Morocco or Papua New Guinea.

The top civil servant at the Home Office, Matthew Rycroft, who faced questions from a parliamentary committee, said discussions had taken place "in the realm of the brainstorming stage of a future policy" but did not confirm specific plans.

Immigration has been a hot issue for years in Britain, and one of the major drivers of the successful 2016 referendum campaign to leave the EU. But sending asylum seekers to a remote location would be a big departure for a European country.