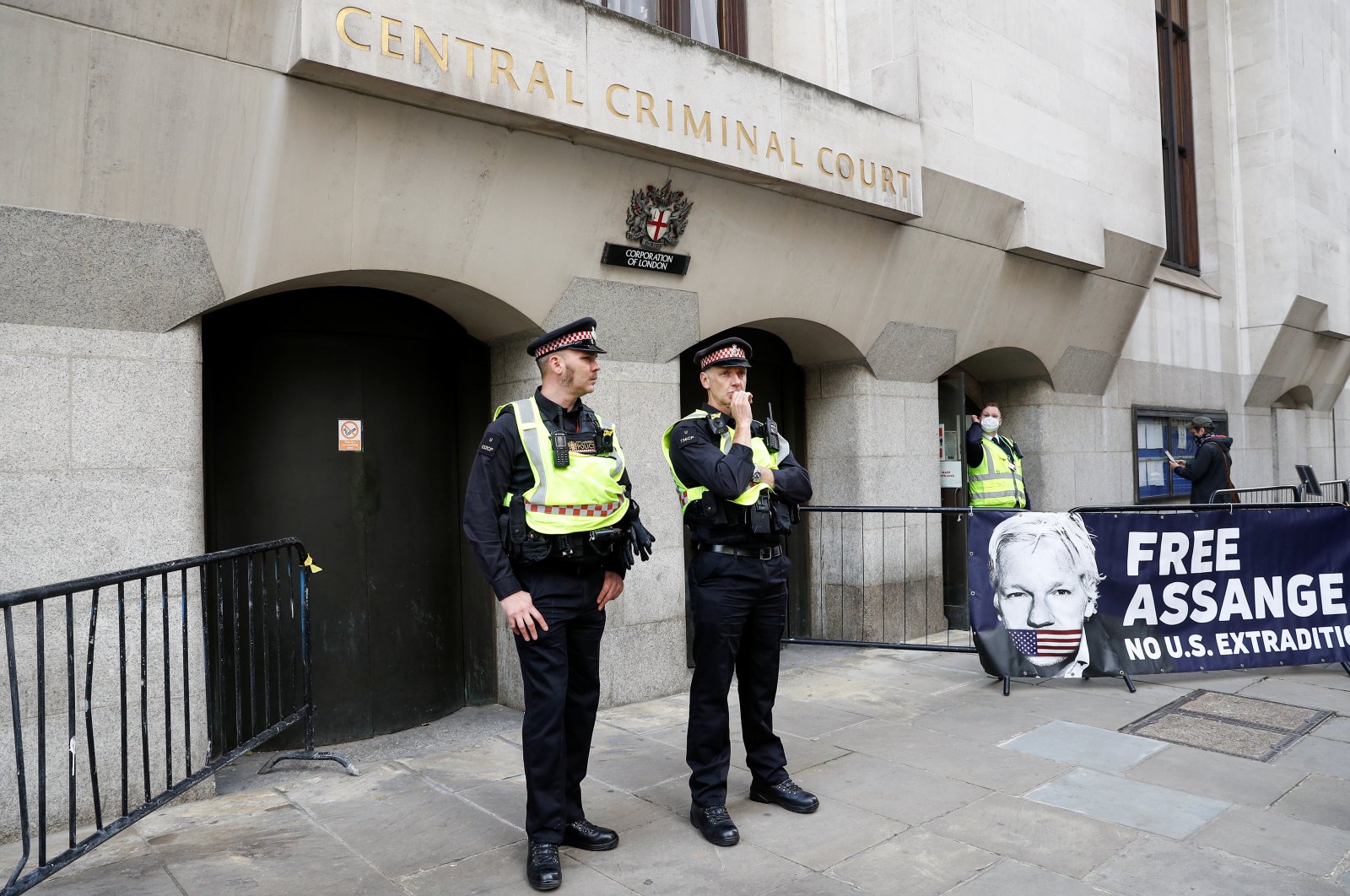 A British judge on Monday rejected a request by lawyers for WikiLeaks founder Julian Assange to delay his extradition hearing until next year to give his lawyers more time to respond to U.S. allegations that he conspired with hackers to obtain classified information.

The adjournment request came on the first day of a London court hearing where Assange is fighting American prosecutors' attempt to send him to the U.S. to stand trial on spying charges.

U.S. prosecutors have indicted the 49-year-old Australian on 18 espionage and computer misuse charges over WikiLeaks’ publication of secret U.S. military documents a decade ago. The charges carry a maximum sentence of 175 years in prison.

Assange’s lawyers say the prosecution is a politically motivated abuse of power that will stifle press freedom and put journalists around the world at risk.

The U.S. Justice Department expanded its case against Assange in a new indictment announced in June, though it did not introduce new charges. But Assange attorney Mark Summers said it was "an impossible task” for the legal team to deal with the new allegations in time for Monday’s court hearing, especially since they had only "limited access” to the imprisoned Assange.

He said District Judge Vanessa Baraitser should excise the new American claims, which he said were sprung on the defense "out of the blue.”

The judge said no, saying she had offered the defense the chance in August to postpone the hearing, and "they declined to do so.” The defense then asked for the case to be adjourned until January. Baraitser refused, saying Assange’s lawyers had had "ample time” before Monday to make the request.

The case has already been held up for months because of the coronavirus pandemic.

Assange, who has spent 16 months in a British prison, sat in the dock at the Old Bailey criminal court and formally refused the U.S. extradition demand. Assange, who lawyers say has suffered physical and mental ill-health because of his ordeal, spoke clearly to confirm his name and date of birth.

"Julian Assange is the trigger, he is shining the light on all the corruption in the world," Westwood said.

American authorities allege that Assange conspired with U.S. army intelligence analyst Chelsea Manning to hack into a Pentagon computer and release hundreds of thousands of secret diplomatic cables and military files on the wars in Iraq and Afghanistan.

The new June indictment accuses Assange of recruiting hackers at conferences in Europe and Asia, and of conspiring with members of hacking groups known as LulzSec and Anonymous. U.S. prosecutors say the evidence underscores Assange’s efforts to procure and release classified information, allegations that form the basis of criminal charges he already faces.

Summers accused U.S. prosecutors of filing the new indictment "in desperation” because "they knew that they would lose” with their existing case.

Assange’s lawyers argue that he is a journalist entitled to First Amendment protection and say the leaked documents exposed U.S. military wrongdoing. Among the files released by WikiLeaks was video of a 2007 Apache helicopter attack by American forces in Baghdad that killed 11 people, including two Reuters journalists.

Assange’s legal troubles began in 2010, when he was arrested in London at the request of Sweden, which wanted to question him about allegations of rape and sexual assault made by two women. He refused to go to Stockholm, saying he feared extradition or illegal rendition to the United States or to the U.S. prison camp at Guantanamo Bay, Cuba.

In 2012, Assange sought refuge inside the Ecuadorian Embassy, where he was beyond the reach of U.K. and Swedish authorities - but also effectively a prisoner, unable to leave the tiny diplomatic mission in London. The relationship between Assange and his hosts eventually soured, and he was evicted from the embassy in April 2019. British police immediately arrested him for jumping bail in 2012.

Sweden dropped the sex crimes investigations in November 2019 because so much time had elapsed, but Assange remains in London’s high-security Belmarsh Prison as he awaits the extradition decision.

Supporters say the ordeal has harmed Assange’s physical and mental health, leaving him with depression, dental problems and a serious shoulder ailment. The hearing is expected to include expert psychiatric evidence about his mental state.

Journalism organizations and human rights groups have urged Britain to refuse the extradition request. Amnesty International said Assange was "the target of a negative public campaign by U.S. officials at the highest levels.”

The extradition hearing opened in February but was put on hold when the U.K. went into lockdown in March to slow the spread of coronavirus. It is resuming with social distancing measures in court and video feeds so journalists and observers can watch remotely.

The case is due to run until early October. The judge is expected to take weeks or even months to consider her verdict, with the losing side likely to appeal.