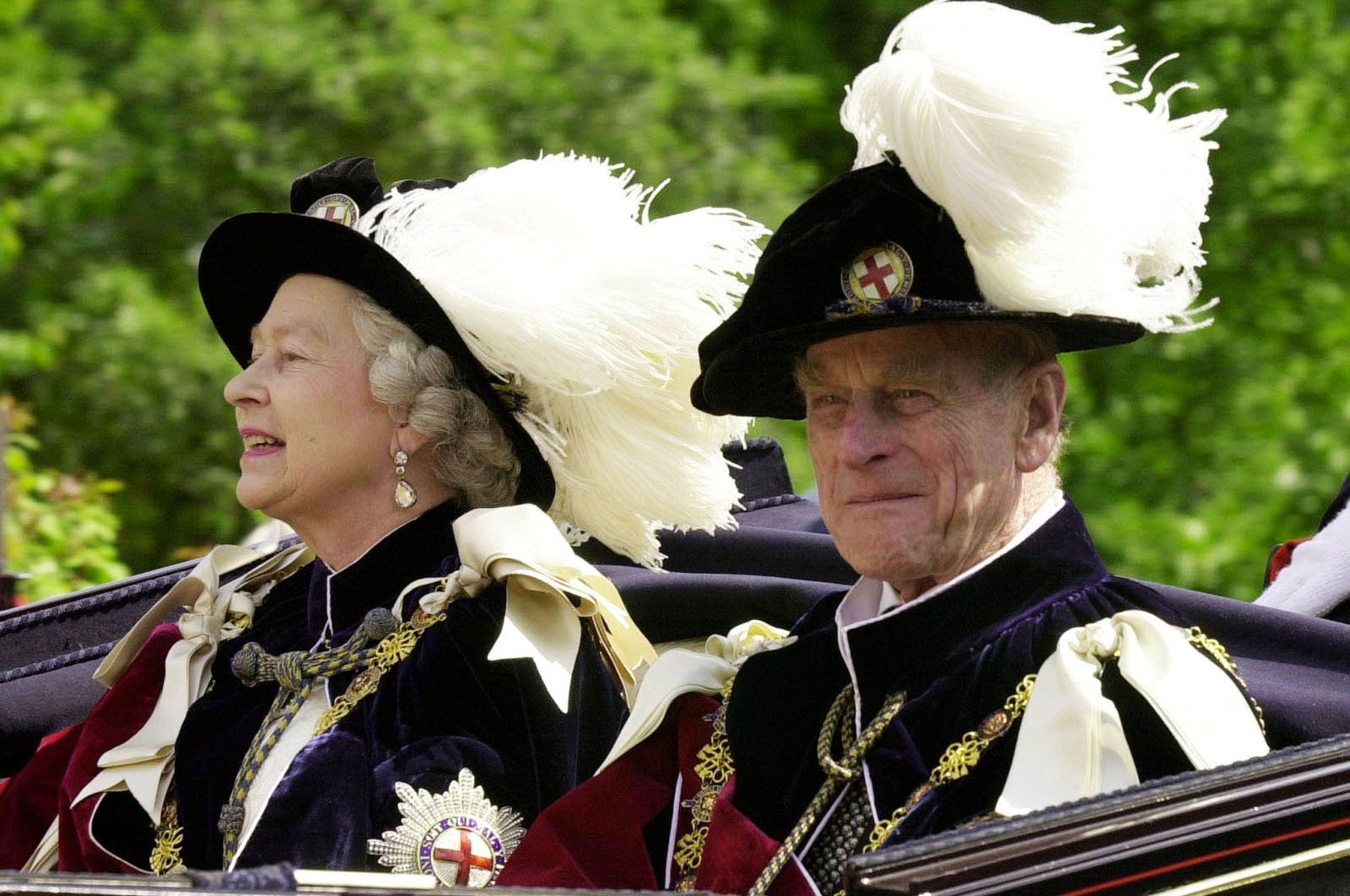 The United Kingdom mourned the death of Prince Philip, the husband of Queen Elizabeth II, on Friday as the BBC interrupted scheduled programming to broadcast the national anthem, "God Save the Queen” and leaders worldwide paid tribute to Duke of Edinburgh.

The flag at Buckingham Palace, the queen’s residence in London, was lowered to half-staff after the announcement of Philip’s death. The Royal Family’s website featured a black-and-white portrait of the prince, also known as the Duke of Edinburgh.

British Prime Minister Boris Johnson said Prince Philip "earned the affection of generations here in Britain, across the Commonwealth and around the world.''

"It was with great sadness that a short time ago I received word from Buckingham Palace that His Royal Highness the Duke of Edinburgh has passed away at the age of 99," Johnson said.

"Like the expert carriage driver that he was, he helped to steer the royal family and the monarchy so that it remains an institution indisputably vital to the balance and happiness of our national life," he added. "He was an environmentalist, and a champion of the natural world long before it was fashionable. With his Duke of Edinburgh awards scheme he shaped and inspired the lives of countless young people and at literally tens of thousands of events he fostered their hopes and encouraged their ambitions."

"We remember the Duke for all of this and above all for his steadfast support for Her Majesty the Queen. Not just as her consort, by her side every day of her reign, but as her husband, her "strength and stay,” of more than 70 years," Johnson said.

Keir Starmer, leader of the opposition Labour Party, was among the first to offer his condolences, noting Philip’s long record of public service, first as a naval officer during World War II then during more than 70 years of marriage to the queen.

"He will be remembered most of all for his extraordinary commitment and devotion to The Queen,” Starmer said in a statement, according to remarks carried by Reuters. "For more than seven decades, he has been at her side. Their marriage has been a symbol of strength, stability and hope, even as the world around them changed – most recently during the pandemic. It was a partnership that inspired millions in Britain and beyond.”

The notes of condolences have poured in from every corner of the world after the announcement.

Germany mourned the death of Prince Philip on Friday, calling him a loyal servant to the United Kingdom, Foreign Minister Heiko Maas said.

"We are deeply saddened by the loss of His Royal Highness Prince Philip. Our thoughts and prayers go out to the Royal family, the people of the Commonwealth, and all who loved him dearly," Maas tweeted. "He lived a long life of service to his country."

"Throughout his long and remarkable life, he devoted himself to worthy causes and to others," Bush said in a statement. "He represented the United Kingdom with dignity and brought boundless strength and support to the sovereign."

Australian Prime Minister Scott Morrison ordered flags to be flown at half-mast in Australia to honor the passing.

"The Commonwealth family joins together in sorrow and thanksgiving for the loss and life of Prince Philip. God bless from all here in Australia," Morrison said in a statement.

The news about Prince Phillip's death broke out Friday. Buckingham Palace said Prince Phillip left behind a dedicated legacy spanning seven decades as the supportive husband of Queen Elizabeth II. His life spanned nearly a century of European history, starting with his birth as a member of the Greek royal family and ending as Britain’s longest-serving consort during a turbulent reign in which the thousand-year-old monarchy was forced to reinvent itself for the 21st century. He was known for his occasionally racist and sexist remarks – and for gamely fulfilling more than 20,000 royal engagements to boost British interests at home and abroad. He headed hundreds of charities, founded programs that helped British schoolchildren participate in challenging outdoor adventures and played a prominent part in raising his four children, including his eldest son, Prince Charles, the heir to the throne.

Philip spent a month in hospital earlier this year before being released on March 16 to return to Windsor Castle.

"It is with deep sorrow that Her Majesty The Queen has announced the death of her beloved husband, His Royal Highness The Prince Philip, Duke of Edinburgh,” the palace said, as The Associated Press (AP) reported. "His Royal Highness passed away peacefully this morning at Windsor Castle.”

Philip, who was given the title of the Duke of Edinburgh on his wedding day, saw his sole role as providing support for his wife, who began her reign as Britain retreated from imperialism. Together they steered the monarchy through decades of declining social deference and lessening U.K. power into a modern world where people demand intimacy from their icons.

The queen, a very private person and not one for extravagant displays of affection, once called him "her rock” in public. In private, Philip called his wife Lilibet, but he referred to her in conversation with others as "The Queen.” Over the decades, Philip’s image changed from that of a handsome, dashing athlete to an arrogant and insensitive curmudgeon.

In his later years, the image finally settled into that of a droll and philosophical observer of the times, an elderly, craggy-faced man who maintained his military bearing despite ailments.

The popular Netflix series "The Crown” gave Philip a central role, with a slightly racy, swashbuckling image. He never commented on it in public, but the portrayal struck a chord with many Britons, including younger viewers who had only known him as an elderly man. Philip’s position was a challenging one – there is no official role for the husband of a sovereign queen – and his life was marked by extraordinary contradictions between his public and private duties. He always walked three paces behind his wife in public, in a show of deference to the monarch, but he was the head of the family in private.