UK not to block 2nd Scottish referendum if 'settled will' 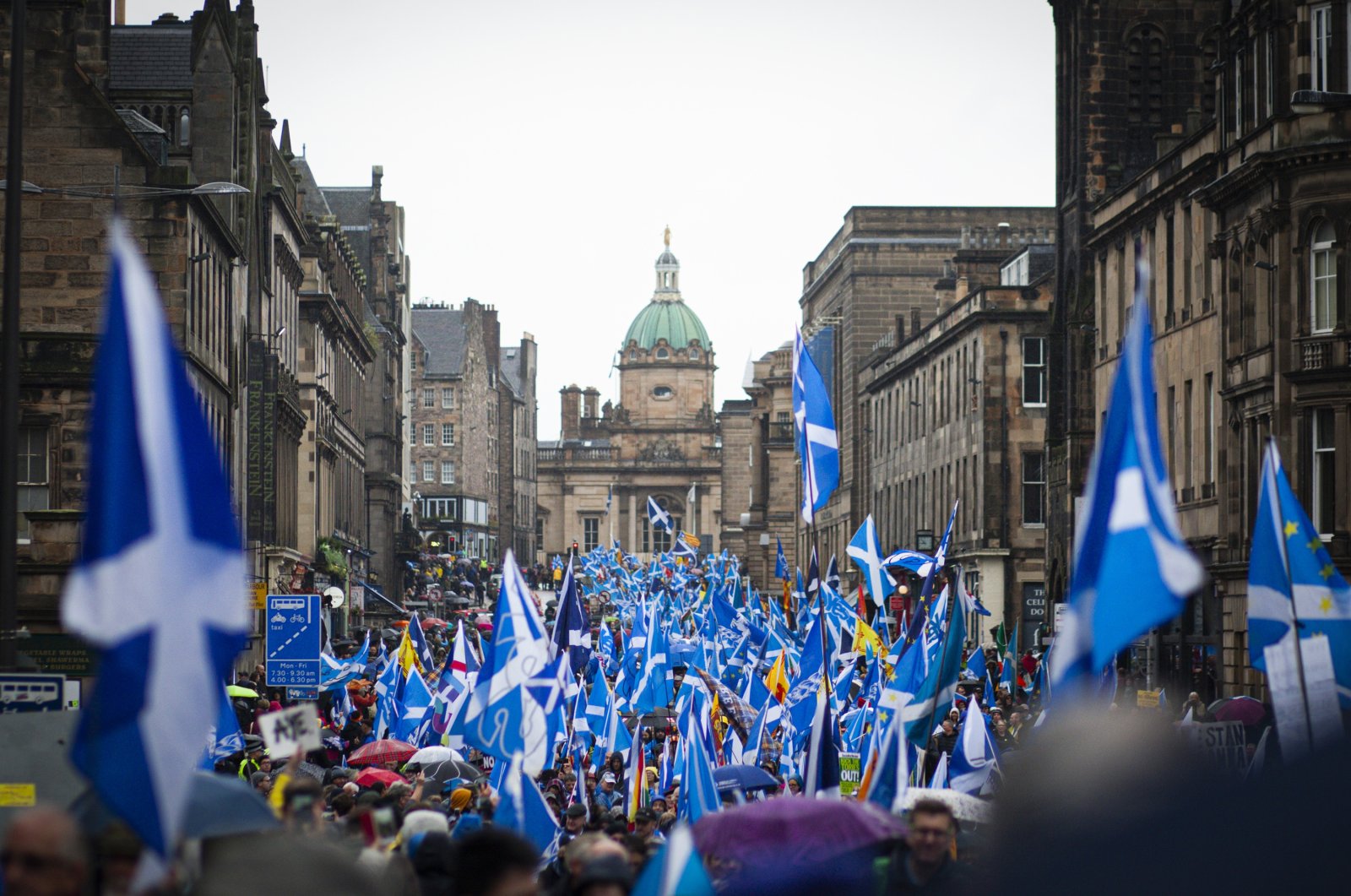 Pro-Scottish independence supporters march from Holyrood Park though the city center to The Meadows for an all under one banner (AUOB) march on October 5, 2019 in Edinburgh, Scotland. (Getty Images)
by German Press Agency - DPA
Aug 01, 2021 4:15 pm

The United Kingdom would not hinder another referendum on Scottish independence if it is the "settled will" of voters, Cabinet Office Minister Michael Gove has said.

Westminster has repeatedly rejected requests from the Scottish government for the necessary powers to hold another vote but the Cabinet Office minister said if the public desire a second referendum, "one would occur."

The comment comes in the wake of a decline in support for independence.

Following around six months of consistent polling showing majority support for separation last year – with one poll going as high as 58% in favor – the tide began to turn at the beginning of 2021.

The most recent survey by Panelbase for the Sunday Times found only 48% of the 1,287 respondents supported leaving the UK.

Gove told the Sunday Mail: "The principle that the people of Scotland, in the right circumstances, can ask that question again is there. I just don't think that it is right, and the public don't think it is right, to ask that question at the moment. If it is the case that there is clearly a settled will in favor of a referendum, then one will occur."

It is unclear what would convince the U.K. Government that another vote is the "settled will" of Scots, but it could potentially mean positive election results for independence parties or continuous polling in favor for a certain period of time.

SNP Westminster leader Ian Blackford said he believed May's election to be an indicator that the "settled will" of the Scottish people is in favor of independence.

The SNP fell just one seat short of a majority in Holyrood in the election and are currently in talks with the Scottish Greens over an alliance on certain issues.