UK offers alternatives to AstraZeneca amid reports of blood clots 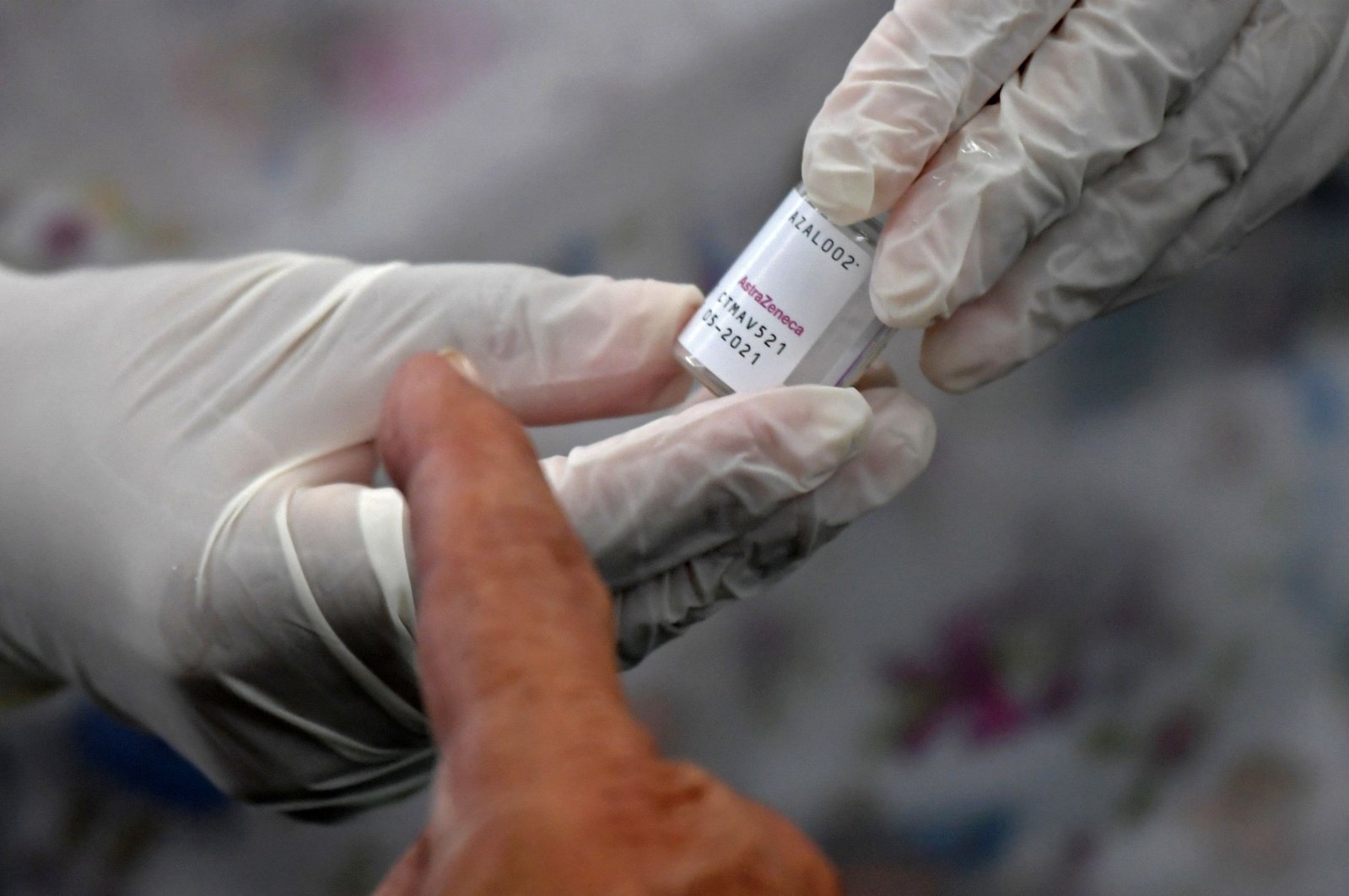 Due to mounting concerns over blood clots possibly caused by the AstraZeneca coronavirus jab, the United Kingdom said Wednesday it would provide people under 30 an option to choose an alternative COVID-19 vaccination.

A potential blow to the U.K.'s highly successful COVID-19 vaccine program, it comes after the country's Medicines and Health Care products Regulatory Agency (MHRA) reassessed the shot's safety following dozens of clotting incidents among people who had received it.

The MHRA regulator said its "rigorous scientific review of all available data" had found 79 blood clots and 19 deaths among people who had received one of the 20 million AstraZeneca doses administered in the U.K.

It insisted, however, that such incidents remained "extremely rare."

The European Medicines Agency (EMA) said earlier that clots should be listed as a "very rare" side effect of the vaccine. Both medical bodies however said that it should still be used, as the dangers from catching the coronavirus were greater than those of receiving the jab.

AstraZeneca released a statement saying that the two studies "reaffirmed" that the benefits of its vaccine "far outweigh the risks."

But Britain's Joint Committee on Vaccination and Immunization (JCVI), which advises the government, said that given the lower risk posed by the virus to young people, it would change its guidance for them.

"Adults who are aged 18 to 29 years old who do not have an underlying health condition ... should be offered an alternative COVID-19 vaccine in preference to the AstraZeneca vaccine," Wei Shen Lim of the JCVI told journalists.

The alternatives, which in the U.K. currently are vaccines developed by United States firm Moderna and Pfizer-BioNTech, should be offered "if available," he said.

AstraZeneca said in its statement that it was "already working to understand the individual cases, epidemiology and possible mechanisms that could explain these extremely rare events.”

Britain has administered nearly 32 million first vaccine doses to people – around 60% of the adult population – in one of the world's most successful inoculation drives.

Nevertheless, the country has relied heavily on the AstraZeneca shot, developed in partnership with Oxford University.

It has faced a host of issues in Europe and beyond since it began to be rolled out in the U.K. in early December.

Despite the setbacks, Oxford University's Andrew Pollard said Wednesday that the vaccine developers would "continue with our mission to support global vaccination, not for profit, for the benefit of humanity.”

Prime Minister Boris Johnson welcomed the latest reviews and new guidance from the JCVI. The vaccine is "safe, effective and has already saved thousands of lives," he said.

"We will follow today's updated advice, which should allow people of all ages to continue to have full confidence in vaccines, helping us save lives and cautiously return towards normality," he said on Twitter.

He also noted that he saw no reason to deviate from his plans to take the country out of lockdown, which were based on vaccinating all adults by the end of July. "We're very secure about our supply," he added.

"There's no question about that, but it is in a sense, in medicine, quite normal for physicians to alter their preferences for how patients are treated over time," he said.

The developments came as the U.K. began rolling out the first of 17 million Moderna vaccines ordered, its third approved jab and one that is already being delivered elsewhere in Europe and in the U.S.

The first shot of the two-stage Moderna inoculation was given at a hospital in Wales to 24-year-old Elle Taylor.

"I'm an unpaid carer for my grandmother so it is very important to me that I get it, so I can care for her properly and safely," she told reporters.

Taylor said she would have been happy to take the AstraZeneca jab despite the adverse publicity about blood clots.