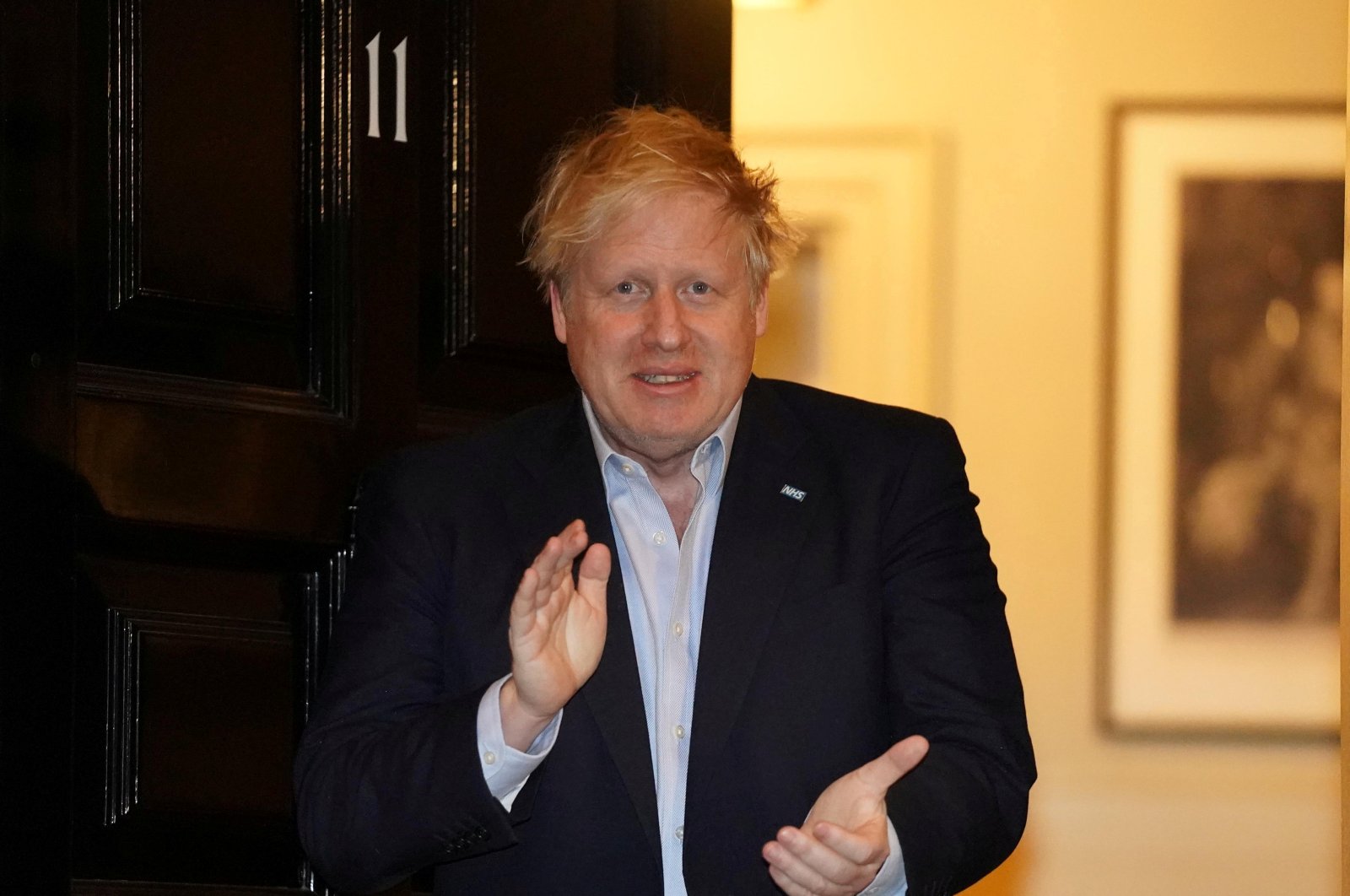 Britain's Prime Minister Boris Johnson applauds in support of the NHS during Clap for our Carers, outside 11 Downing Street in London, Britain, Thursday, April 2, 2020. (Reuters Photo)
by REUTERS Apr 05, 2020 11:22 pm

British Prime Minister Boris Johnson was admitted to the hospital for tests on Sunday after showing persistent symptoms of the coronavirus 10 days after testing positive for the virus, although his office said it was not an emergency admission.

"On the advice of his doctor, the Prime Minister has tonight been admitted to hospital for tests," Downing Street said.

"This is a precautionary step, as the Prime Minister continues to have persistent symptoms of coronavirus ten days after testing positive for the virus," Downing Street said.

Johnson on March 27 became the first leader of a major power to announce that he had tested positive. He went into isolation at a flat in Downing Street and said on Friday he was staying there as he still had a high temperature.

"The prime minister thanks NHS staff for all of their incredible hard work and urges the public to continue to follow the government's advice to stay at home, protect the NHS and save lives," Downing Street said.