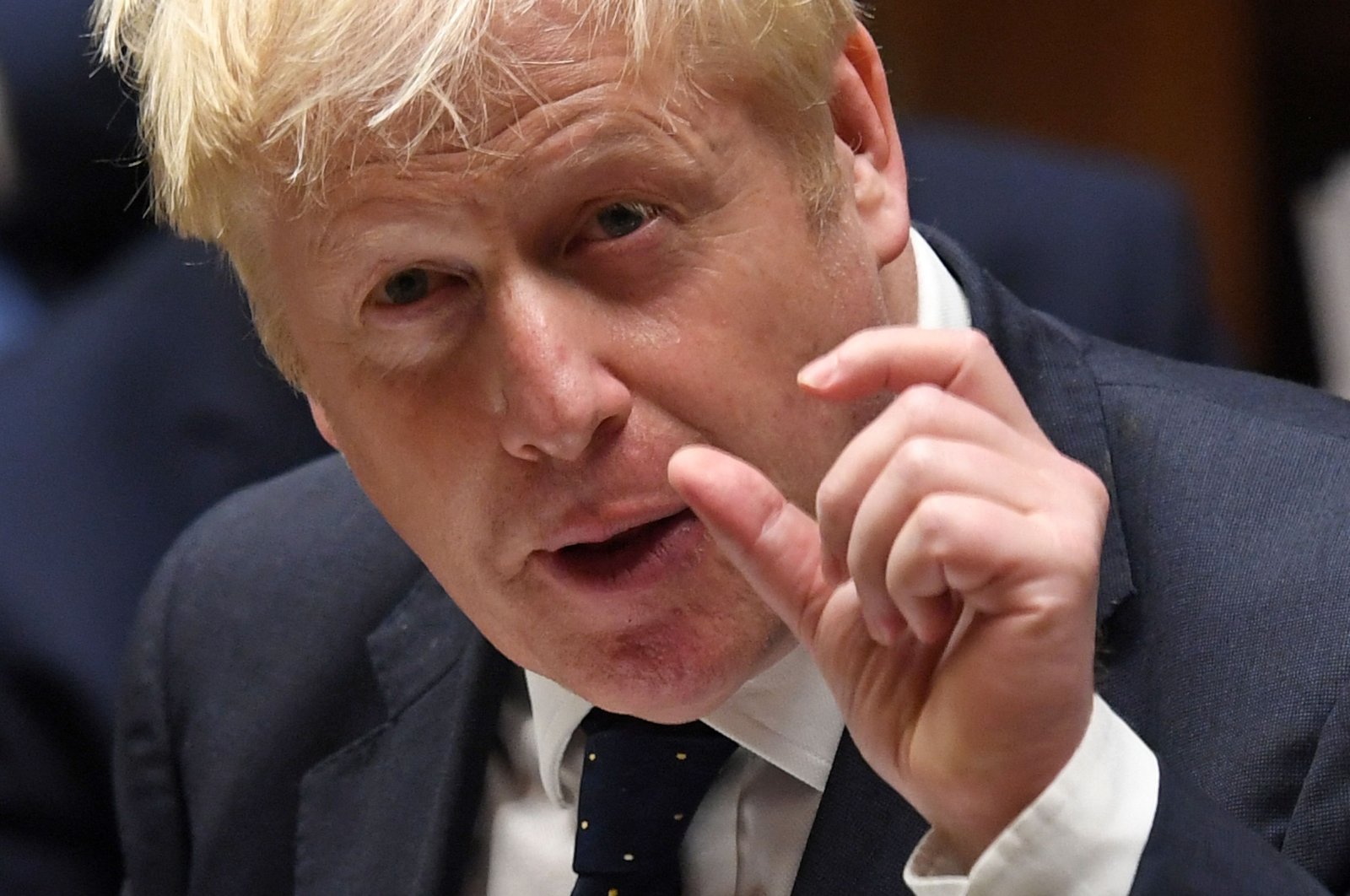 A handout photograph released by the U.K. Parliament shows Britain's Prime Minister Boris Johnson making a statement on health and social care in the House of Commons in London, U.K., Sept. 7, 2021.(Photo by Jessica Taylor/U.K. Parliament via AFP)
by REUTERS Sep 10, 2021 10:01 am
RECOMMENDED

Support for British Prime Minister Boris Johnson's Conservative party has slipped behind the opposition Labour party to its lowest level since the 2019 national election, a poll showed, after announcing a tax rise to fund health and social care.

The poll, conducted by YouGov for the Times newspaper, showed support for the Conservatives slump five points to 33%, with Labour up one point to 35%, ahead of Johnson's party for the first time since January.

Johnson set out plans on Tuesday to raise taxes on workers, employers and some investors to try to fix a health and social care funding crisis, angering some in his governing party by breaking election promises and compromising the party's traditional support for low taxes.

"We should be cautious of leaping to too many conclusions from a single poll but ... it looks as if the government may have sacrificed their reputation for low taxes amongst Tory voters without actually getting much credit for helping the NHS," said Anthony Wells, political research director at YouGov, referring to the National Health Service.

Despite some criticism from Conservative lawmakers, most backed the proposals, and Johnson comfortably won a Wednesday vote on the policy.

Culture minister Oliver Dowden played down the significance of the poll, adding that the investment in the health service would be recognized by voters at the next national election, scheduled for 2024.

"Opinion polls come and go, what the government is doing is taking the long-term decisions in the national interest," he told Sky News.

"In the end electorates reward governments who are willing to take difficult decisions in order to protect the national interest."