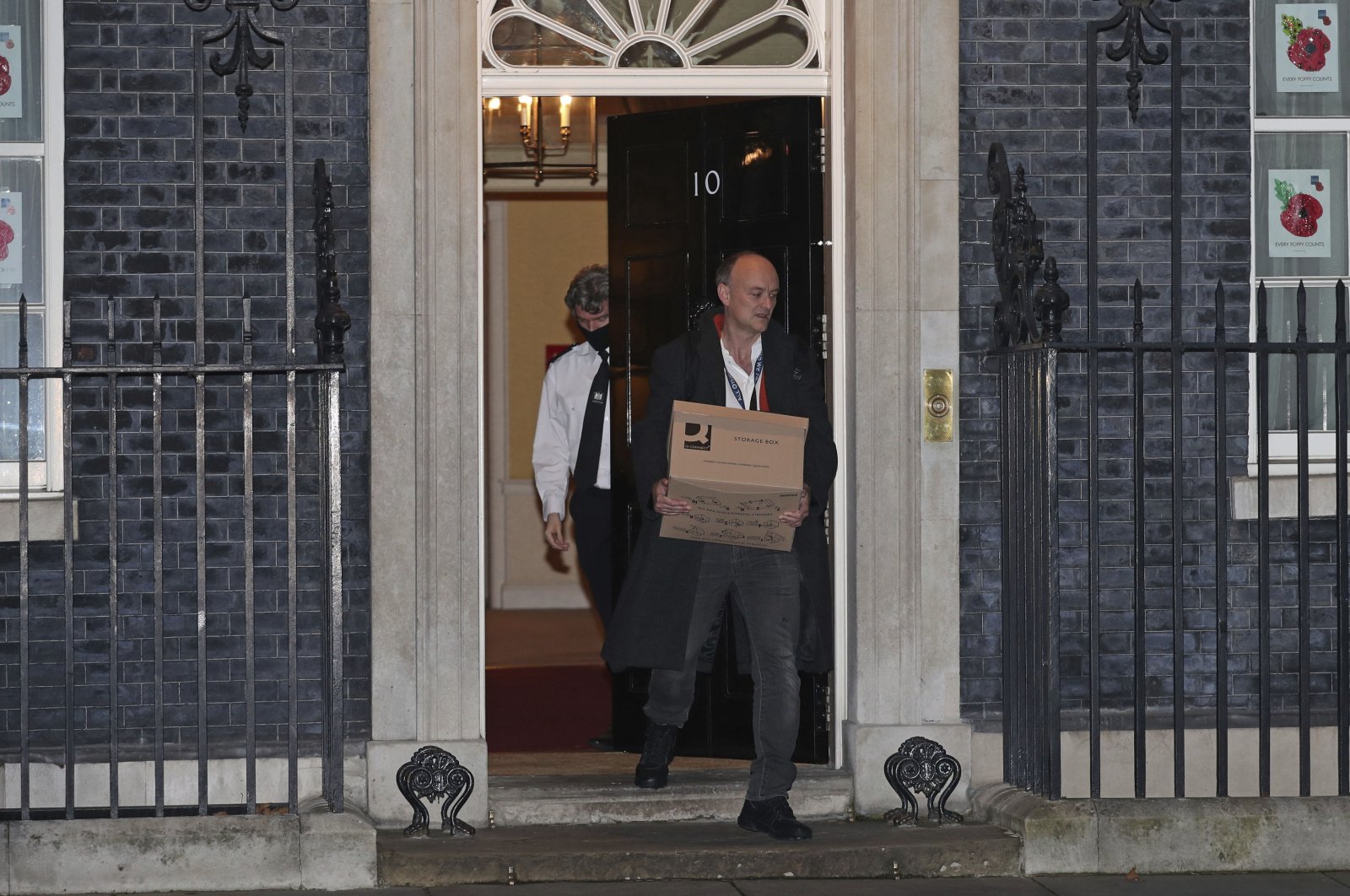 "Dom Cummings has left No10 for good tonight, having decided not to stay until xmas," Times Radio Chief Political Commentator Tom Newton Dunn said on Twitter. The BBC and Sky News also reported that the most powerful adviser to the British prime minister resigned.

Media outlets reported earlier on Friday that Cummings planned to step down at the end of the year after a bruising battle for influence at the heart of the British government fueled by tensions over Brexit and the COVID-19 pandemic.

Amid speculation that he would leave the government, Cummings late Thursday told the BBC that he planned to be “largely redundant” by Christmas. Political commentators had suggested Cummings would step down after one of his allies was denied an appointment as Johnson’s chief of staff.

Cummings, a chief architect of the campaign to have Britain leave the European Union, has been a divisive figure inside the Conservative government since Johnson became prime minister 16 months ago. His position weakened earlier this year after he drove hundreds of miles across England after contracting COVID-19, violating national lockdown rules and leaving the impression that elite officials did not have to obey the same onerous rules as everyone else.

The episode fueled criticism of the government’s handling of the pandemic after delays in the expansion of testing and efforts to avoid a second national lockdown in England. That lockdown was finally imposed last week, but it couldn’t stop the U.K. from becoming the first country in Europe to pass 50,000 deaths during the pandemic.

Nicknamed “Boris' brain,'' Cummings has also been the target of complaints from senior members of Johnson’s Conservative Party, who say that unelected advisers in the prime minister’s Downing Street office were effectively running the government, sidelining ministers and Parliament.