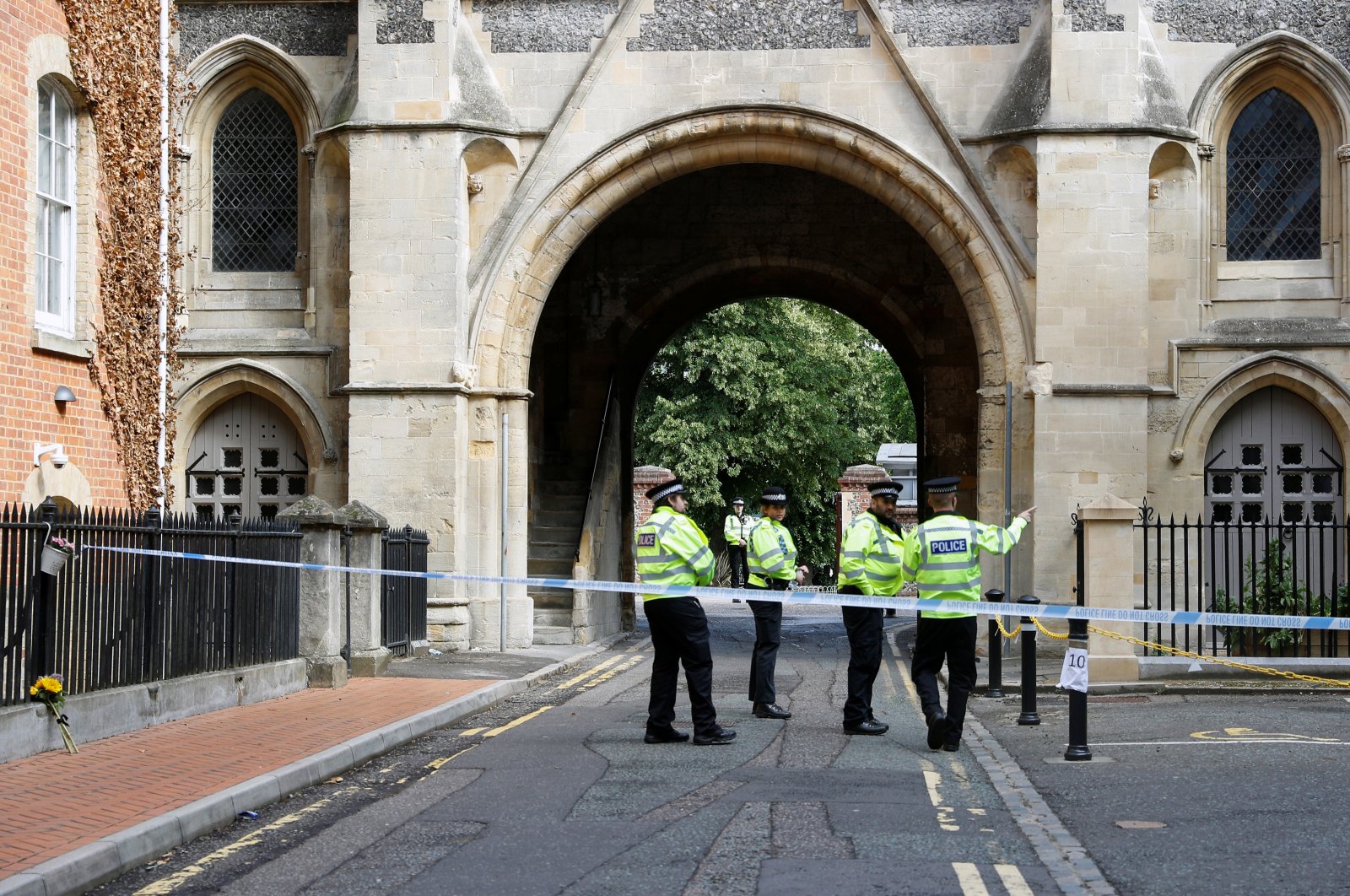 British police said Sunday they were treating a stabbing spreed in which a lone assailant killed three people in a park in the southern English city of Reading as a "terrorism incident."

"Counter Terrorism Policing can now confirm that the stabbing incident that happened in Reading last night (20/6), has now been declared a terrorist incident," Thames Valley Police said in a statement.

Several other people were injured, three of them seriously, in an attack that came out of the blue on a sunny summer evening in Forbury Gardens park in Reading, a town of 200,000 residents 40 miles (64 kilometers) west of London.

Personal trainer Lawrence Wort said the park was full of groups socializing on the grass when “one lone person walked through, suddenly shouted some unintelligible words and went around a large group of around 10, trying to stab them.”

The incident came hours after a Black Lives Matter demonstration at Forbury Gardens, but police said there was no connection between the attack and the protest.

Britain’s official terrorism threat level stands at “substantial,” the middle level on a five-rung scale, meaning an attack is likely.

Turkey on Sunday condemned the stabbing rampage. "This heinous attack once again demonstrated the brutal and merciless nature of terrorism that targets lives of innocent people. We convey our deepest condolences to the British people with whom we are in solidarity on this difficult day," said in a statement released by Turkish Foreign Ministry.

Turkish Foreign Minister Mevlüt Çavuşoğlu spoke to his British counterpart Dominic Raab over the phone, according to diplomatic sources who asked not to be named due to restrictions on speaking to the media.
During the conversation, Çavuşoğlu expressed sorrow over the stabbing incident and said that he shared the pain of the families of the deceased and the injured. Raab thanked Çavuşoğlu for his good wishes.