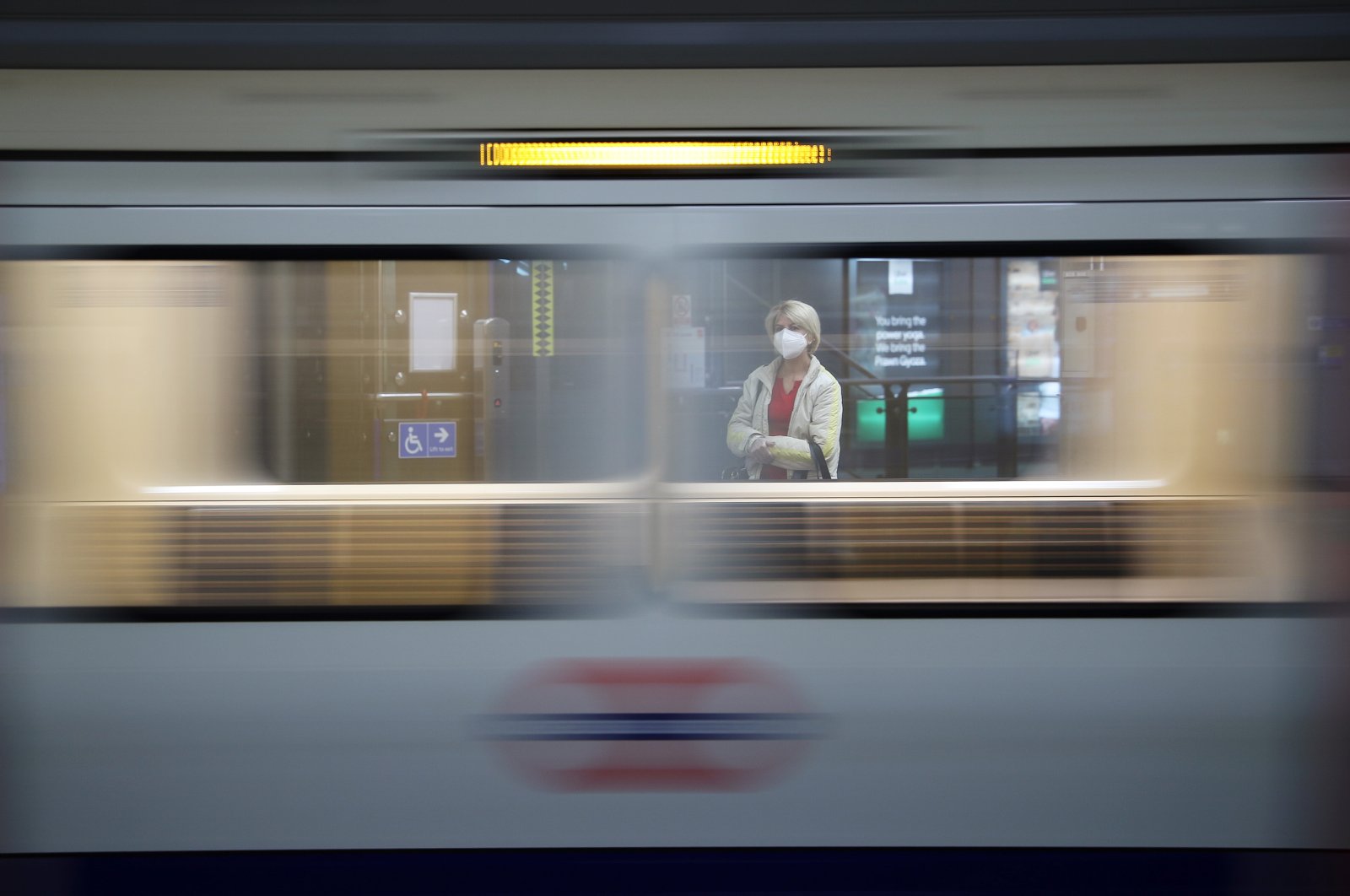 A passenger wearing a protective face mask and gloves waits for a train at Westminster Underground station, following the outbreak of the coronavirus disease London, Britain, May 12, 2020. (Reuters Photo)
by French Press Agency - AFP May 12, 2020 3:09 pm
RECOMMENDED

A railway station worker in Britain died from COVID-19 last month after she was spat at and coughed over by someone claiming to have the virus, her trade union said Tuesday.

Transport union TSSA said Belly Mujinga, 47, contracted the virus along with a colleague within days of the assault on the pair at London's Victoria station on March 22.

"They were out on the concourse by the ticket office when they were assaulted by a member of the public who spat at them," the union said in a statement.

"The man coughed over them and told them he had the virus."

She was then stood down from work, but grew sicker and on April 2 was taken to hospital and put on a ventilator, it added.

The union said it had reported the case to rail industry safety watchdogs for investigation and was also taking legal advice "on the situation and supporting her family and colleagues."

British Transport Police are also investigating the incident, it added. BTP did not immediately respond to an Agence France-Presse (AFP) request for comment.

TSSA general secretary Manuel Cortes said Mujinga was "one of far too many frontline workers who have lost their lives to coronavirus."

He called for the families of all such workers who have died from COVID-19 to receive government compensation, which has so far only been promised to health care worker victims.

Cortes also questioned if Southern Railway did enough to protect her and its other staff from the virus.

"There are serious questions about her death, it wasn't inevitable," Cortes said.

"We take any allegations extremely seriously, and we are investigating these claims," she added, noting the safety of customers and staff "continues to be front of mind at all times."