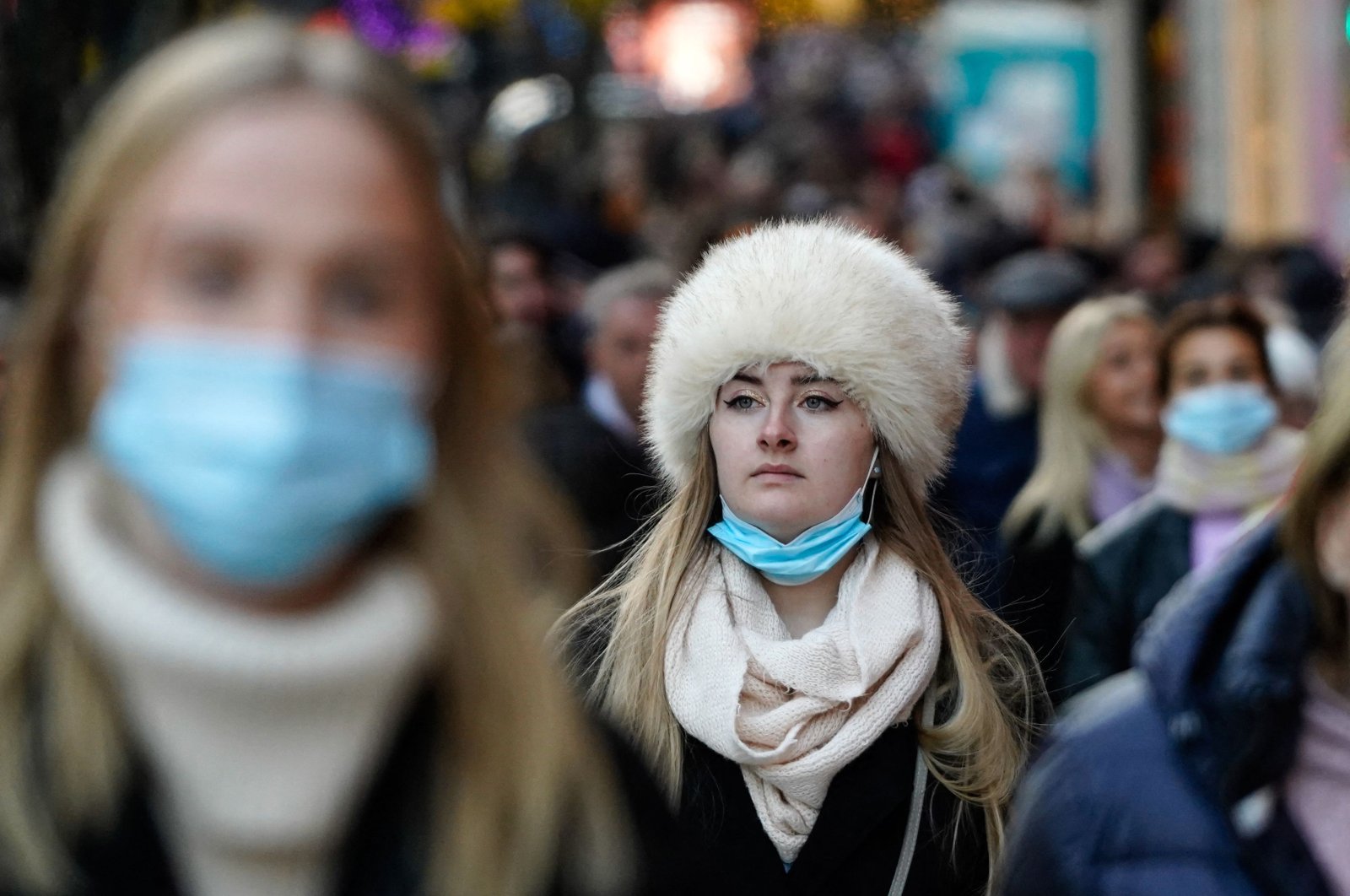 The United Kingdom government on Sunday raised the country's official coronavirus threat level as the rapid spread of the omicron variant across the globe has heightened the nation's cause for concern.

The chief medical officers of England, Scotland, Wales and Northern Ireland said the emergence of the highly transmissible new strain "adds additional and rapidly increasing risk to the public and health care services” at a time when COVID-19 is already widespread. They recommended raising the alert level from 3 to 4 on a 5-point scale. The top level, 5, indicates authorities think the health care system is about to be overwhelmed.

The doctors said early evidence shows omicron is spreading much faster than the currently dominant delta variant, and that vaccines offer less protection against it. British officials say omicron is likely to replace delta as the dominant strain in the U.K. within days.

"Data on severity will become clearer over the coming weeks but hospitalizations from omicron are already occurring and these are likely to increase rapidly,” they said.

Prime Minister Boris Johnson was due to make a televised statement about Britain’s coronavirus situation and the booster vaccination campaign on Sunday evening.

Concerns about the new variant led Johnson’s Conservative government to reintroduce restrictions that were lifted almost six months ago. Masks must be worn in most indoor settings, vaccine certificates must be shown to enter nightclubs and people are being urged to work from home if possible.

Many scientists say that’s unlikely to be enough, however, and are calling for tougher measures.

Johnson’s government is trying to avoid that but aims to offer everyone 18 and over a booster shot by the end of January.

Scientists in South Africa, where omicron was first identified, say they see signs it may cause less severe disease than delta, but caution that it is too soon to be certain.

The U.K. Health Security Agency said Friday that both the AstraZeneca and Pfizer vaccines appear less effective in preventing symptomatic infections in people exposed to omicron, though preliminary data show that effectiveness appears to rise to between 70% and 75% after a third vaccine dose.