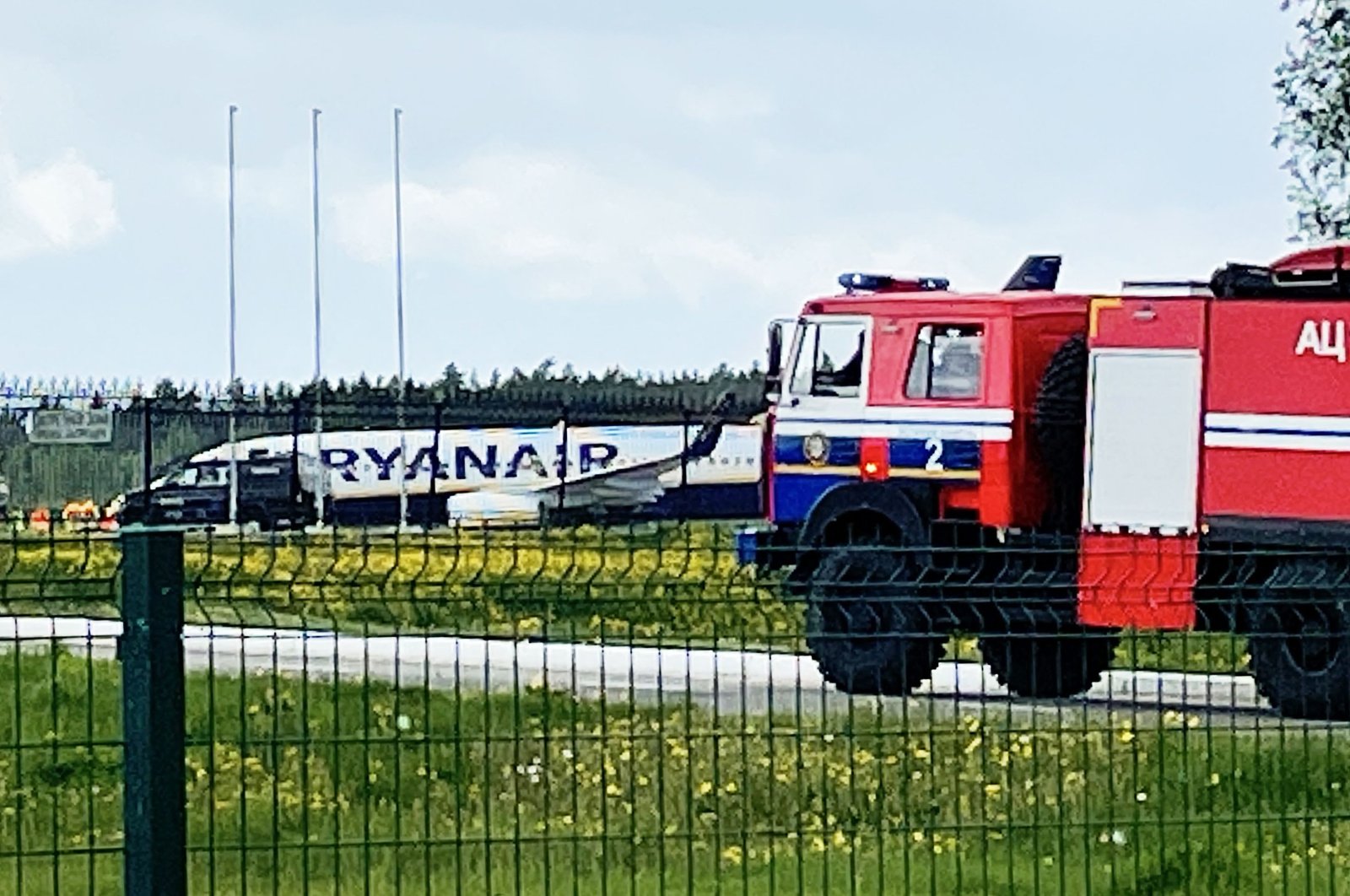 Belarusian President Alexander Lukashenko ordered a Ryanair flight with a key opposition blogger on board to land in the Belarusian capital Minsk on Sunday and detained him upon arrival, officials and human rights activists said.

The aircraft, flying over Belarus from Athens to Vilnius, had almost reached Lithuania when it changed direction and was escorted to Minsk amid reports that it had explosives on board, according to an online flight tracker and BelTA. No explosives were found, BelTA said.

The Belarus department for organized crime control also reported that Protasevich had been detained but then deleted the statement from its Telegram channel. Lukashenko personally ordered the warplane to escort the Ryanair Boeing to Minsk, state news agency BelTA reported.

Lithuanian President Gitanas Nauseda on Sunday demanded that Belarus release the activist. The Ryanair commercial flight was directed to land "by force," the president said in an emailed statement.

"I call on NATO and (European Union) allies to immediately react to the threat posed to international civil aviation by the Belarus regime. The international community must take immediate steps that this does not repeat," the president said, promising to discuss this on Monday at an EU summit.

In power since 1994, Lukashenko launched a violent crackdown on the 2020 street protests. Around 35,000 people have been detained since August, human rights groups say. Dozens have received jail terms. Authorities say that more than 1,000 criminal cases have been opened.

Protasevich is one of the founders of the opposition news service NEXTA, a Telegram channel that has become one of the main sources of news about demonstrations in Belarus. It is hostile to Lukashenko and helps to coordinate protests.

Belarusian opposition politician Svetlana Tikhanouskaya, Lukashenko's main rival at the last election, said Belarus authorities "placed at risk safety of passengers on board and all of the civil aviation for the sake of punishment of the man who was an editor of Belarus's largest independent Telegram channel."