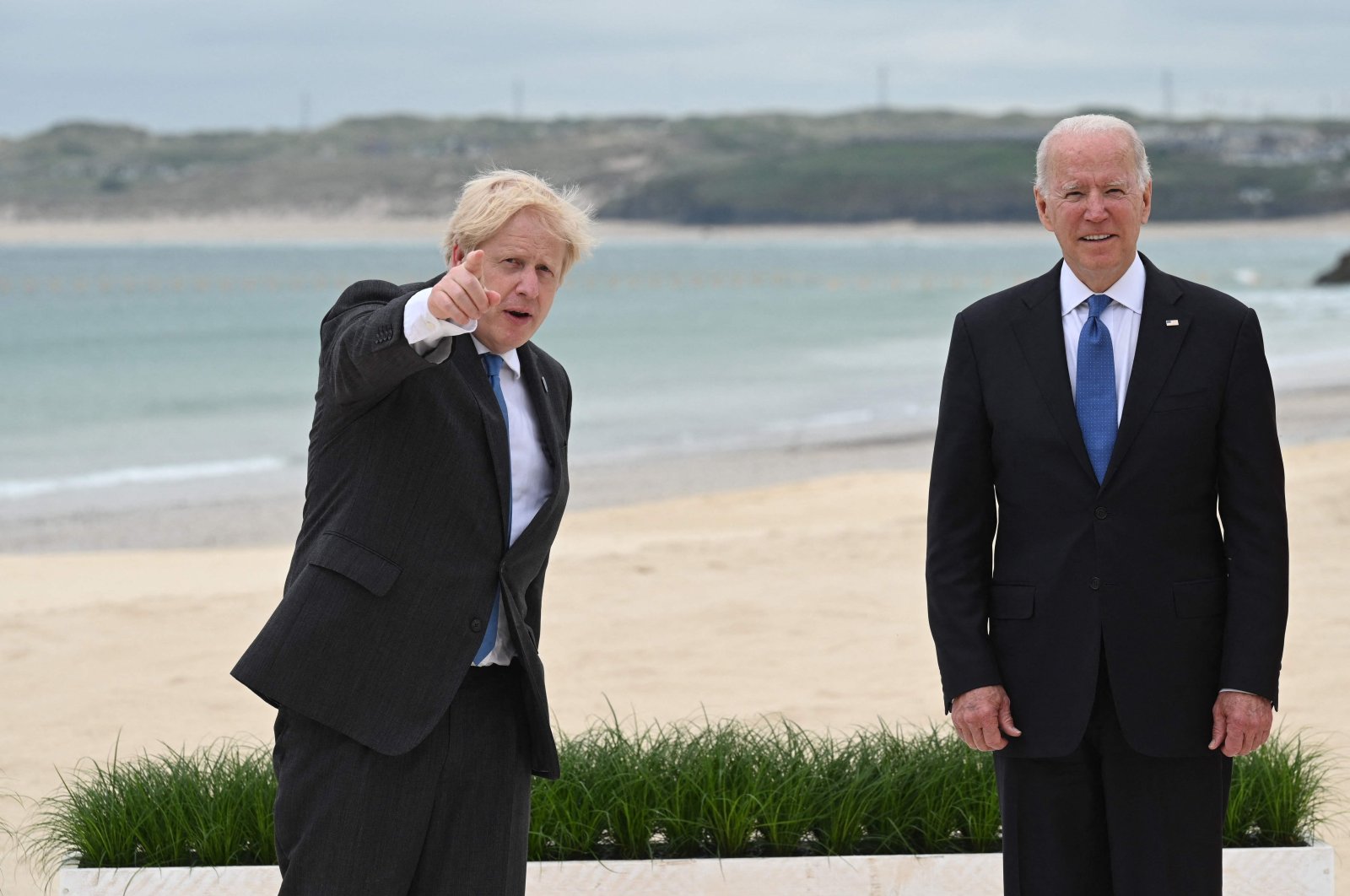 A remote trial of a U.S. diplomat's wife for a fatal car crash in the U.K. is a possibility, Britain's top diplomat said on Saturday, after talks between the U.K. premier and U.S. President Joe Biden, who himself lost a wife and daughter in an auto accident nearly 50 years ago.
The decision marks a step toward resolving a dispute that has dogged U.S.-U.K. relations for nearly three years.
"The U.S. has not agreed to extradition" of Anne Sacoolas, Foreign Secretary Dominic Raab told BBC radio but said Washington had indicated it would not prevent some form of legal process in the death of Harry Dunn.
Dunn, 19, was killed when a car driven by Sacoolas crashed into his motorbike in August 2019 outside an airbase in central England used by U.S. personnel.
The case was discussed during talks that British Prime Minister Boris Johnson held with visiting Biden on Thursday, on the eve of the G7 summit in southwest England.
Johnson said afterward that Biden had "has his own personal reasons for feeling very deeply about the issue," as his first wife and daughter were killed in a car crash in 1972.
He said Biden was "extremely sympathetic" to the situation.
"The path is clear for the legal authorities in the U.K. to approach Anne Sacoolas' lawyers – without any problem from the US government – to see whether some kind of virtual trial or process could allow some accountability," said Raab.
A trial in that format could "allow some accountability and some solace and some justice for the Dunn family," he said, adding that they "deserve no less."
Sacoolas, the wife of a U.S. technical assistant at the base, has acknowledged she was driving on the wrong side of the road but left the country, claiming diplomatic immunity.
"We are incredibly grateful that Harry's case is being taken so seriously as to be raised on the eve of the G7 meeting with so many worldwide crises going on," Dunn's mother, Charlotte Charles, said.
"We very much hope that President Biden takes a different view to the previous administration."
Late last year, the Dunn family lost a court bid to overturn Sacoolas' diplomatic immunity, but they have since appealed.
The family has also filed a civil suit against Sacoolas in the U.S. state of Virginia.