UK was too slow to react to COVID-19 outbreak, professor says 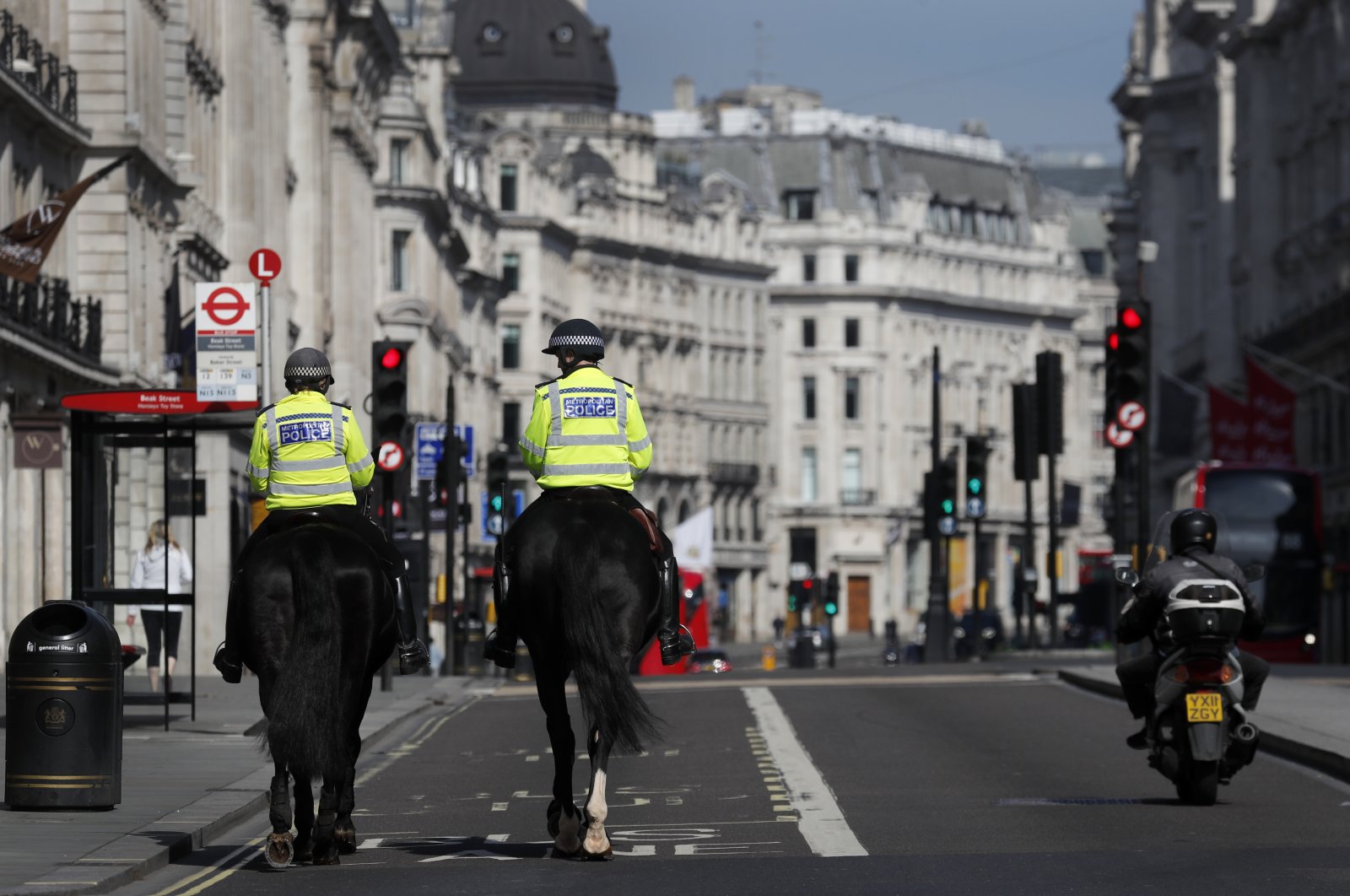 Mounted police officers patrol along a deserted Regent Street in London, as the U.K. is in lockdown to help curb the spread of the coronavirus, April 15, 2020. (AP Photo)
by reuters Apr 17, 2020 2:38 pm
RECOMMENDED

The British government was too slow to react on a number of fronts to the coronavirus outbreak that could cause the deaths of 40,000 people in the United Kingdom, a leading public health professor said Friday.

Prime Minister Boris Johnson initially refrained from approving the stringent controls that other European leaders imposed but then closed down the country when projections showed a quarter of a million people could die in the United Kingdom.

So far, more than 13,729 people with COVID-19 have died in British hospitals, though new official data indicates the true death toll could be much larger.

"Where were the system errors that led us to have probably the highest death rates in Europe?" Anthony Costello, a professor specializing in international child health and director of the UCL Institute for Global Health, told the Health and Social Care Committee.

"And we have to face the reality that we were too slow with a number of things. But we can make sure in the second wave we are not too slow."

The United Kingdom has the fifth-highest official death toll from COVID-19 in the world, after the United States, Italy, Spain and France, though the figure only covers hospital fatalities, and the real number is probably much higher.

Costello said the death toll in the United Kingdom could reach as much as 40,000 and that just 10%-15% of the population might then have immunity.

"The recent estimates, even from the chief scientific officer, is that after this wave, we could see 40,000 deaths by the time it's over. We could only have maybe 10%, 15% of the population infected or covered," he said.

"So the idea of herd immunity would mean another five, six waves maybe in order to get to 60%."

Donna Kinnair, chief executive of the Royal College of Nursing, told the committee that there was still an issue over testing frontline health professionals in Britain.

Under questioning from lawmakers, Health Secretary Matt Hancock said the rate of deaths due to COVID-19 in care homes was higher than 2%, adding he was concerned about how the coronavirus was spreading in places housing vulnerable people.

When asked whether it was likely that less than 2% of COVID-19 deaths were in care homes, Hancock told a parliamentary committee, "No," adding that the less than 2% figure was out of date.

"I can say with a high degree of confidence that the number and the proportion are higher than what you say," Hancock said.

Hancock said mass community testing was part of the British strategy and said he was expanding testing to include the police, the fire service, prison staff, critical local authority staff, the judiciary, and the work and pensions ministry.

When asked about mass community testing, he said, "It is part of the strategy; we will be introducing it when we can."

He said it would be delivered as the government expanded commercial swab testing capabilities and was able to get a mass antibody test accurate enough to be used.