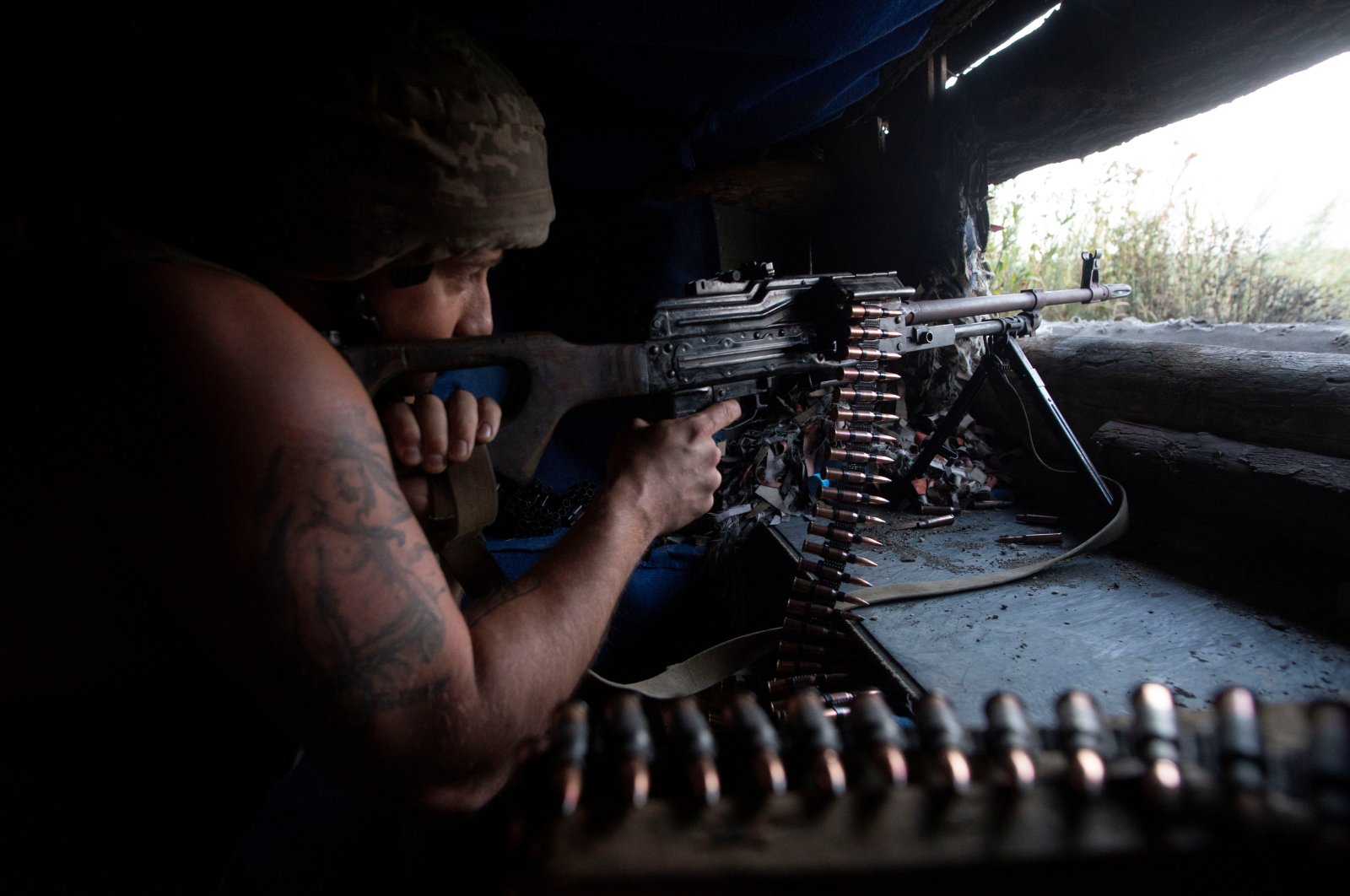 A Ukrainian serviceman is seen at a position on the front line near the town of Novotoshkivske in the Luhansk region, Ukraine, July 26, 2020. (Reuters Photo)
by French Press Agency - AFP Jul 27, 2020 3:21 pm

Moscow-backed separatists on Monday breached a tense cease-fire in eastern Ukraine just hours after it began, the Ukrainian army said, but the separatists denied the accusation.

The cease-fire came into force from midnight Sunday and had been agreed upon last week by negotiators from Ukraine, Russia and the Organization for Security and Co-operation in Europe (OSCE). The Ukrainian army said an order had been issued to comply with a "full and comprehensive cease-fire."

The Ukrainian army said there were no casualties despite shelling with small arms, grenade launchers and heavy machine guns.

But representatives of the self-proclaimed Donetsk People's Republic (DPR) said Kyiv's claims were "yet another act of information provocation by the Ukrainian side, aimed at destabilizing the situation." They said that the DPR was "strictly following the commitments" in the cease-fire.

Under the terms of the agreement, the use of any weapons, including small arms, is prohibited.

Since the conflict broke out between Kyiv's forces and pro-Moscow separatists in 2014, there have been numerous attempts to end the fighting, but these cease-fires have never held long enough to pave the way for peace talks. Ukraine has been fighting separatists in the Donetsk and Lugansk regions following Moscow's annexation of the Crimean peninsula in 2014. More than 13,000 people have been killed in the conflict so far.