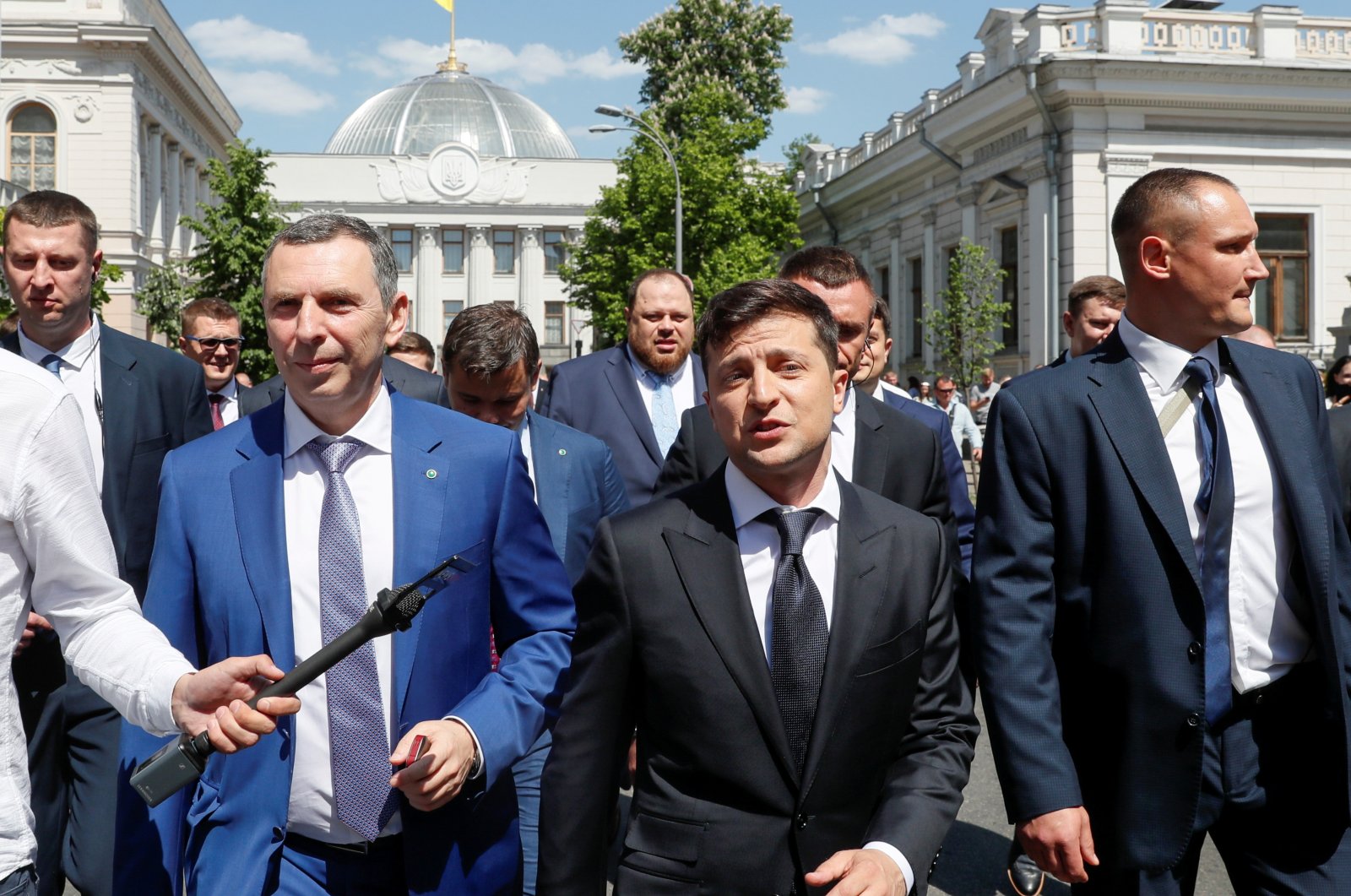 Ukraine's President Volodymyr Zelenskyy, accompanied by his aide Serhiy Shefir, other officials and bodyguards, walks from Parliament to the presidential administration office, after his inauguration, Kyiv, Ukraine, May 20, 2019. (Reuters Photo)
by REUTERS Sep 23, 2021 2:38 pm
RECOMMENDED

The Ukrainian Parliament passed a law Thursday to order "oligarchs" to register and stay out of politics, a day after an attempt to kill a top aide to President Volodymyr Zelenskyy, which officials said could have been a response to the reform.

The law, which passed at the first reading in July, is meant to define what an oligarch is and says those who fall under the criteria are forbidden from financing political parties or taking part in privatizations. It had to be voted on twice and must now be approved by the president to come into force. Thursday's vote was carried with 279 votes in the 450-seat parliament.

Zelenskyy's team has suggested anger at the law could be behind an attempt to assassinate Serhiy Shefir, a top aide and close friend of the president. Shefir's car was sprayed with gunfire Wednesday by unidentified individuals as he traveled between two villages outside the capital.

Shefir was unharmed though his driver was wounded. Police are interviewing possible witnesses who were mushroom picking nearby and are searching for the weapon, Ukraine's interior ministry spokesperson, Artem Shevchenko, said Thursday.

Ukrainian top officials suggested that the Kremlin could be behind the attack, saying that “a Russian trace should not be absolutely ruled out."

"We know their ability to organize terrorist attacks in different countries," the head of Zelenskyy's Servant of the People Party, Oleksandr Korniienko told reporters shortly after the assignation attempt.

Kremlin spokesperson Dmitry Peskov said such an assessment had “nothing to do with reality.”