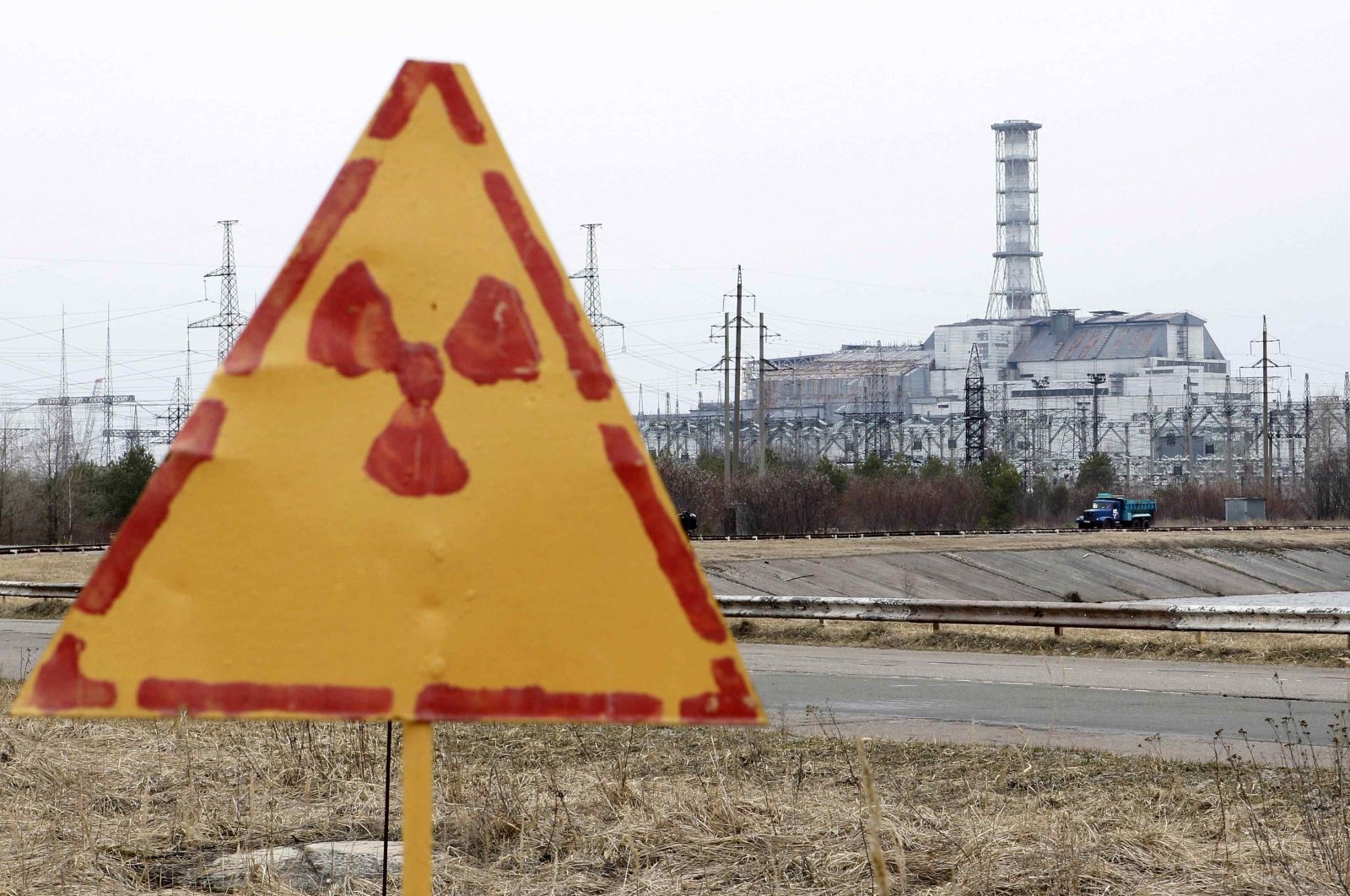 A radiation sign is seen, with a sarcophagus covering the damaged fourth reactor at the Chernobyl nuclear power plant in the background, April 4, 2011. (Reuters Photo)
by French Press Agency - AFP Apr 05, 2020 1:51 pm

Ukraine on Sunday mobilized aircraft to battle a forest blaze in the restricted zone around Chernobyl, scene of the world's worst nuclear accident, authorities said.

They said two planes, a helicopter and around 100 firefighters have been deployed to fight a fire that broke out Saturday and spread over 20 hectares in a forested area near the Chernobyl power plant.

On Sunday morning, the fire was not visibly burning and no increase in radiation in the air had been detected, the emergency service said in a statement.

However, the service pointed Saturday to some "difficulties" in fighting the fire due to an increase in radiation in some places, but stressed there was no danger to people living nearby.

Chernobyl polluted a big part of Europe when its fourth reactor exploded in April 1986, with the area immediately around the power plant the worst affected.

A 30-kilometer radius around the power station is still an exclusion zone where people are not allowed to live.

The three other reactors at Chernobyl continued to generate electricity until the power station finally closed in 2000. A giant protective dome was put in place over the fourth reactor in 2016.

Fires occur regularly in the forests near the Chernobyl power plant.