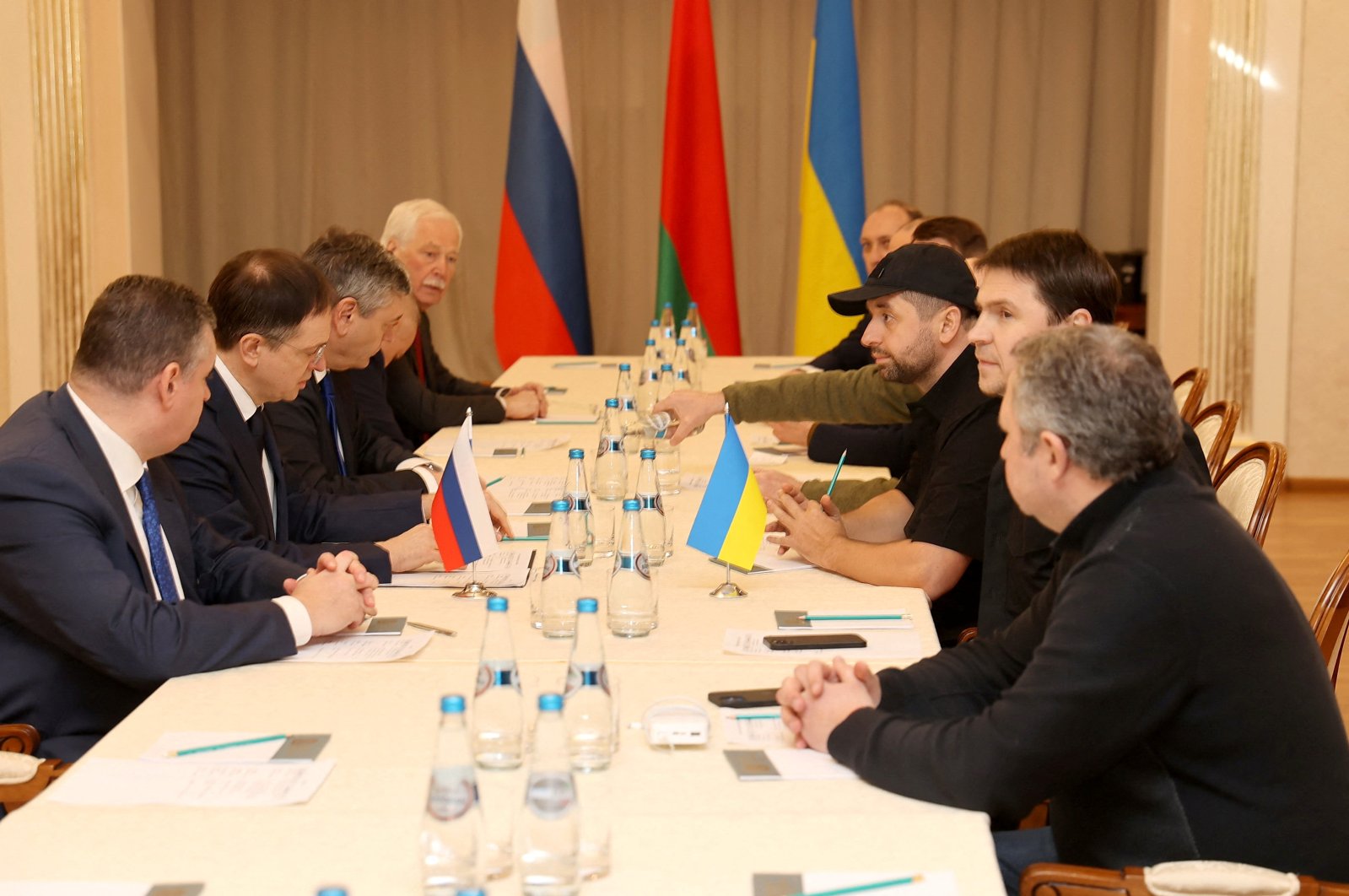 Officials from Ukraine and Russia ended their initial peace talks on Monday and will return to their respective capitals for further consultations, with plans for fresh talks, both sides announced Monday.

"The delegations are returning to their capitals for consultations and have discussed the possibility of meeting for a second round of negotiations soon," Ukrainian negotiator and presidential adviser, Mikhailo Podolyak, was cited as saying by RIA news agency.

"We agreed to keep the negotiations going," the Russian delegation head, Vladimir Medinsky said, according to the Agence France-Presse (AFP).

The meeting at the Belarusian border on Monday marked the sides' first talks since Russia launched an invasion of Ukraine last week.

Talks began with the aim of an immediate cease-fire and the withdrawal of Russian forces after a Russian advance that has gone more slowly than some expected. Russia has been cagier about the talks, with the Kremlin declining to comment on Moscow's aim.

"I suggest we wait for the talks," Kremlin spokesperson Dmitry Peskov told reporters. "I would not declare any negotiating positions," he added.

It was not clear whether any progress could be achieved after President Vladimir Putin on Thursday launched the assault and put Russia's nuclear deterrent on high alert on Sunday.

The talks were held on the border with strong Russian ally Belarus, where a referendum on Sunday approved a new constitution ditching the country's non-nuclear status at a time when the former Soviet republic has become a launchpad for Russian troops invading Ukraine.

"Dear friends, the President of Belarus has asked me to welcome you & facilitate your work as much as possible. As it was agreed with the Presidents (Volodymyr) Zelenskyy and Putin, you can feel completely secure," Belarusian Foreign Minister Vladimir Makei said at the start of the peace talks, according to the foreign ministry's translation on Twitter.

Russian businessperson Roman Abramovich, who owns English football Premier League club Chelsea, has accepted a Ukrainian request to help negotiate an end to the conflict between Russia and Ukraine, his spokesperson said.

"We definitely have an interest in reaching some agreements as soon as possible," Putin's aide, Vladimir Medinsky, who traveled to Belarus for the talks, said in televised remarks before the meeting.

Putin had vowed to "demilitarize" and "denazify" Ukraine when he launched his offensive, accusing Kyiv of orchestrating an alleged "genocide" of Russian speakers in eastern Ukraine. Zelenskyy has said he is skeptical about the possibility of a breakthrough.