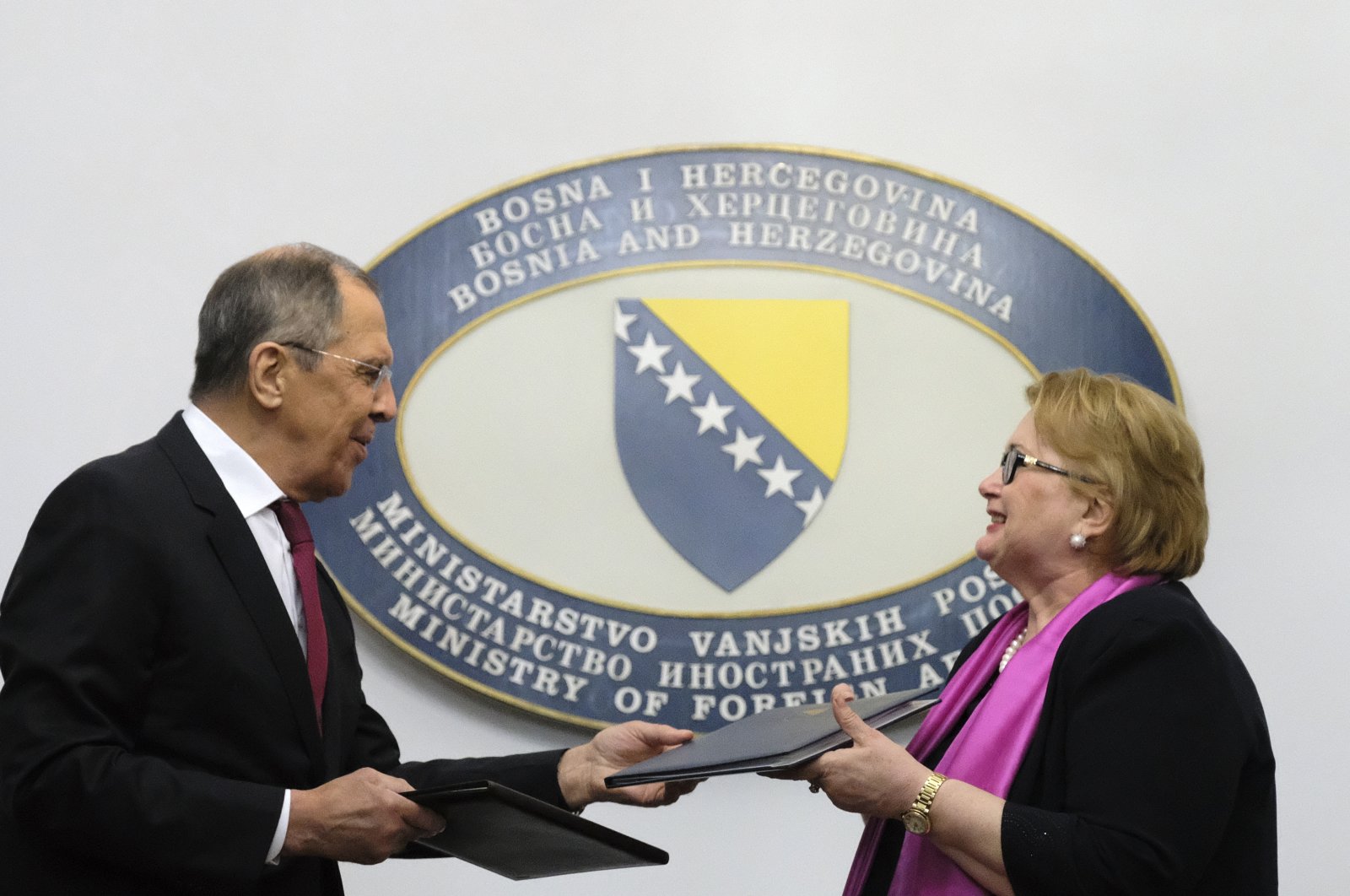 Ukraine has demanded an explanation from Bosnia-Herzegovina over reports that a member of the presidency gifted a centuries-old Ukrainian religious icon to Russia's top diplomat, a minister said Thursday.

The Ukrainian embassy has sent a note demanding an "urgent explanation regarding the possession of their cultural heritage, which according to allegations from the note, was given as a gift," Bosnian Foreign Minister Bisera Turkovic said.

"An investigation is sought" and the note has been forwarded to the presidency, she added. "Such a serious accusation inflicts major harm to Bosnia-Herzegovina notably since it involves the presidency chairman."

According to Bosnia-Herzegovina's Serb news agency SRNA, the gilded icon is 300 years old and originates from Lugansk, a region in eastern Ukraine held by Russia-backed separatists. Ukraine has been fighting rebels in the Donetsk and Lugansk regions since 2014 following Moscow's annexation of the Crimean peninsula.

Lavrov's trip to Bosnia was already marred by scandal after his initial meeting with Dodik, who is the ethnic Serb member of Bosnia's tripartite presidency and prides himself on close ties with Moscow.

The Croat and Muslim presidents later refused to meet the Russian diplomat, arguing he had "disrespected" Bosnia-Herzegovina. They cited notably the lack of a Bosnian flag during the meeting with Dodik, at which only the flag of the Bosnian Serb-run region of Republika Srpska was displayed.

The unusually harsh move reflected a growing rift between Bosnia-Herzegovina's two political halves, the pro-Russian Republika Srpska and a Muslim-Croat federation that is pushing for NATO membership.