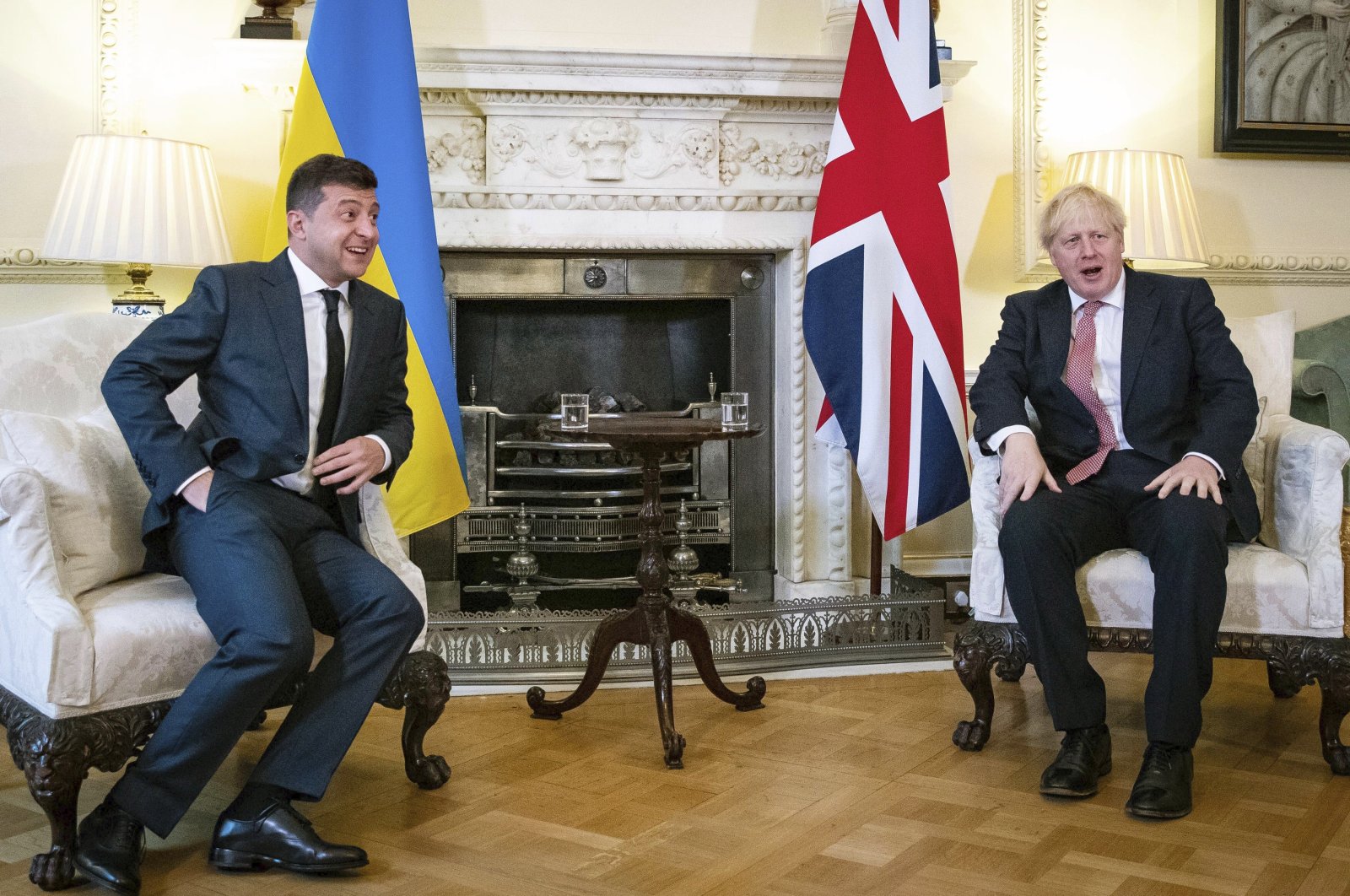 The deal to intensify the two countries' political, trade and strategic cooperation was signed in Downing Street during a two-day visit to the U.K. by Ukrainian President Volodymyr Zelenskiy.

It will replace key elements of an existing partnership agreement between Ukraine and the European Union, as London looks to its post-Brexit future in 2021.

Britain formally left the bloc in January but has remained bound by most of its rules until the end of the year under the terms of its divorce.

"The UK is Ukraine's most fervent supporter," Johnson said on Twitter following his meeting with Zelenskiy.

"Whether it's our defense support, stabilization efforts, humanitarian assistance or close cooperation on political issues, our message is clear – we are utterly committed to upholding Ukraine's sovereignty and territorial integrity."

The prime minister's office said the two leaders discussed a range of issues, including "the importance of working together to counter Russia's malign influence, both in Ukraine and in the wider region".

Moscow annexed Crimea from Ukraine in 2014, a move that also prompted the outbreak of a Russian-backed separatist conflict in the country's east. Relations between the two neighbors remain fraught.

Johnson and Zelenskiy also expressed their "shared concern" about the situation in Belarus, where protests continue against Moscow-backed leader Alexander Lukashenko.

Ahead of the announcement, London said it was "a staunch defender of Ukraine's right to self-determination" and noted British troops had trained over 18,000 members of Ukraine's armed forces since 2015.

The U.K. will also soon lead a multinational "maritime training initiative" for the Ukrainian Navy.

The move by the Brussels-headquartered military alliance deepens cooperation with non-members and is already held by Australia, Finland, Georgia, Jordan and Sweden.