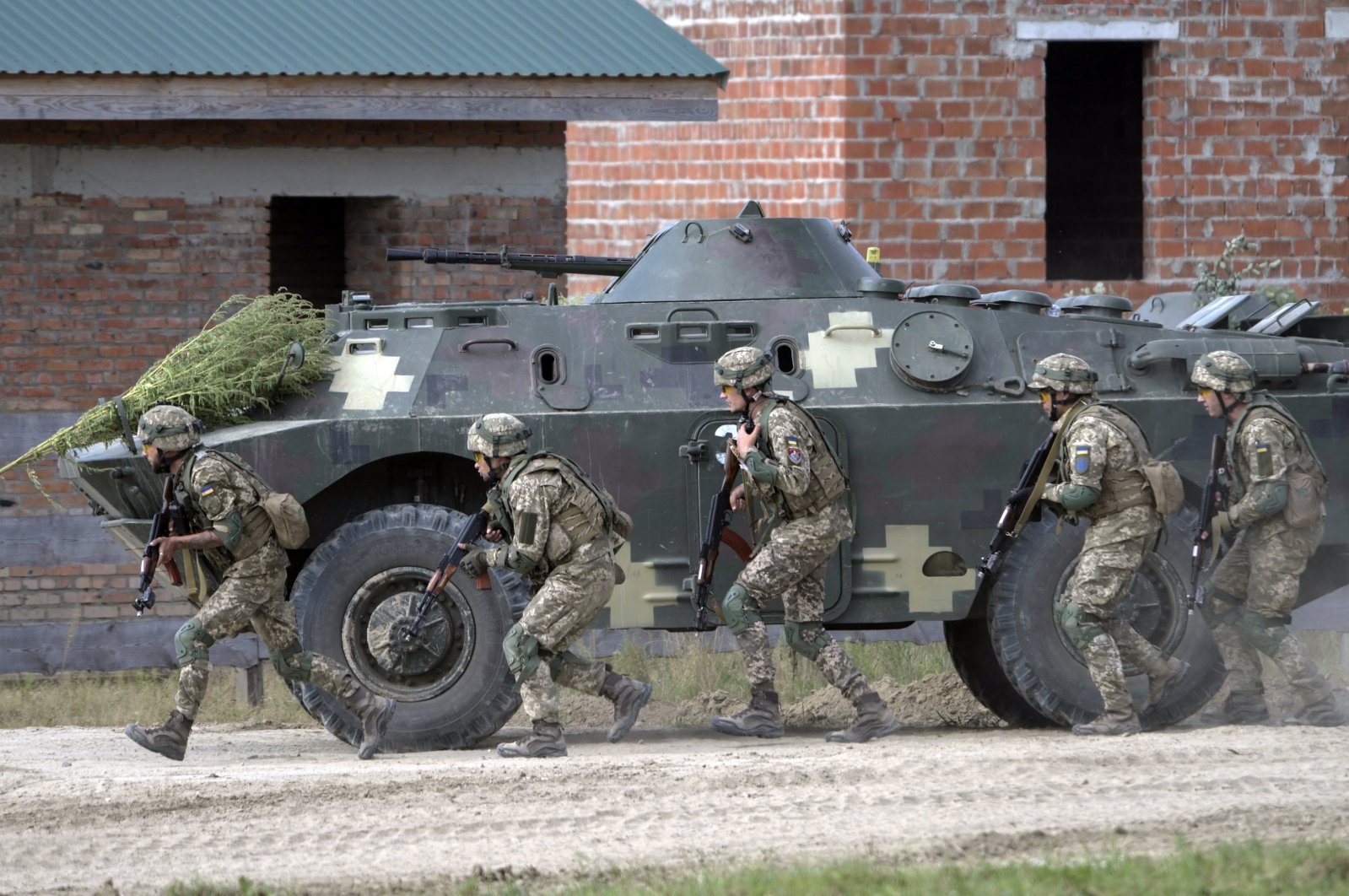 The U.S. Embassy in Kyiv said the U.S. Army-led Rapid Trident exercises, taking place near Yavoriv in western Ukraine, would involve about 4,000 servicemen from 10 countries.

It said the exercises show the strength of the U.S.-Ukraine strategic partnership and "commitment to enhance readiness in a challenging operational environment, which increases the strong relationships that are necessary for peace and stability."

Ukrainian President Volodymyr Zelenskiy said in a speech at the opening of the exercises that a modern, equipped and capable Ukrainian army was his priority, and this army must be the guarantor of the free development of Ukraine.

Russian and Belarusian forces began drills in the Brest region near Belarus's border with Poland on Tuesday. Interfax news agency quoted Russia's defense ministry as saying the drills, due to run until Sept. 25, were for counterterrorism purposes and were not directed against other countries.

Kyiv's relations with Moscow deteriorated in 2014 after Russia annexed the Crimea peninsula from Ukraine and backed pro-Russian separatists in Ukraine's Donbass region.

Ukraine's relations with Belarus soured when Kyiv last month condemned the Aug. 9 presidential election in Belarus as neither free nor fair after the election commission declared Alexander Lukashenko the winner.

Facing mass demonstrations by protesters who say the vote was rigged, Lukashenko, who denies electoral fraud, has been pushed back closer to traditional ally Moscow.

Belarusian state news agency Belta quoted him on Wednesday as naming Ukraine and the United States among countries be accused of organizing the protests.