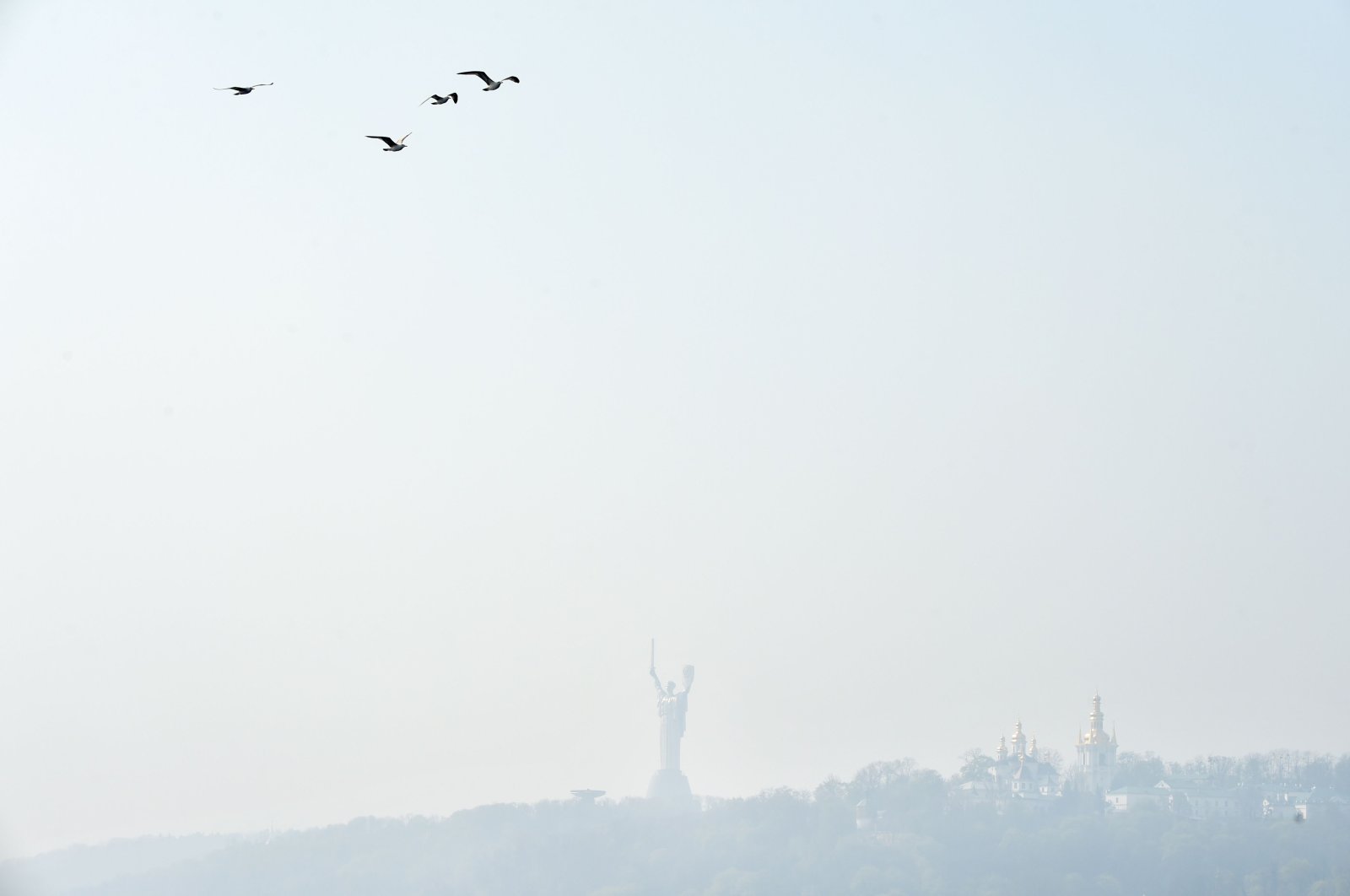 Thick smoke hung over Ukraine's capital Kyiv on Friday as forest fires smoldered on in the Chernobyl nuclear zone, while city officials said no radiation spike had been detected.

The acrid haze hindered visibility all over the city of 3 million, and the smell of smoke was noticeable even inside homes.

The city on Friday topped the global ranking for high air pollution compiled by IQAir Group, outdoing places in China, including Shanghai, as the coronavirus pandemic has led to cleaner air worldwide.

The smog came with strong winds blowing in smoke from dozens of forest fires in surrounding regions, including the nuclear exclusion zone around the Chernobyl power plant.

A fire broke out almost two weeks ago close to the reactor that exploded in 1986 in the world's worst nuclear accident.

On Tuesday, Ukrainian authorities said the blaze had been largely extinguished thanks to heavy rain.

But on Friday, a thousand firefighters with two planes and three helicopters were still battling a number of small fires in the wooded area some 80 kilometers north of Kyiv, the emergency service said.

Kyiv authorities assured residents there was no danger of radiation.

"In Kyiv, smoke and air pollution are being observed as a result of fires ... but there is no radiation," Kyiv Mayor Vitali Klitschko said in a video address.

Officials nevertheless urged locals not to go out without urgent need and to keep their windows shut.

The air pollution hit a city already under lockdown due to the coronavirus epidemic, with 4,662 confirmed cases in Ukraine and 125 deaths.

In Kyiv, people are allowed to walk outside but only wearing masks and not in groups of more than two.