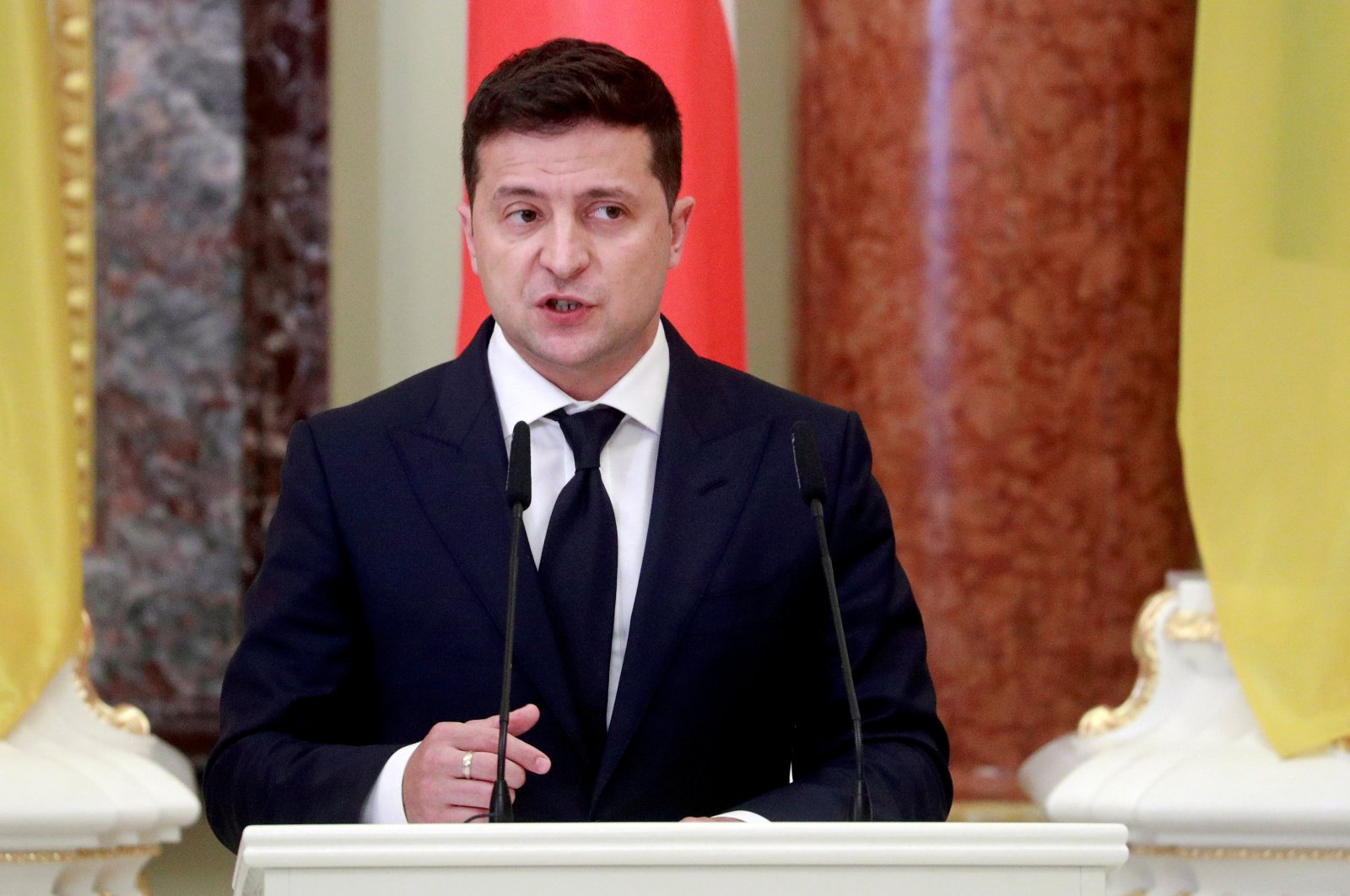 In a tweet on Wednesday, Zelenskiy said the broadcast of three TV channels – 112 Ukraine and its regional branches, ZIK, NewsOne, and a media holding Novosti – was suspended for five years because they have Russian funding.

"Sanctions is a difficult decision. Ukraine strongly supports freedom of speech, not propaganda financed by the aggressor country that undermines Ukraine on its way to EU and Euro-Atlantic integration. Fight for independence is fight in the information war for truth and European values," Zelenskiy said.

Kyiv said it has become a regular target of Russian misinformation since 2014 when Moscow annexed the Crimean peninsula and backed separatists in eastern Ukraine, a conflict that has claimed more than 13,000 lives.

The ban came into effect in the early hours of Wednesday after Zelenskiy issued a decree imposing sanctions against pro-Russian lawmaker Taras Kozak and eight of his companies, including the three TV stations. The channels are formally owned by Kozak but are also linked to powerful MP Viktor Medvedchuk, a close ally of Russian President Vladimir Putin.

Zelenskiy's spokesperson described the three television channels as "a propaganda tool" and said they receive funding "from Russia."

"These media have become one of the tools in the war against Ukraine, so they are blocked in order to protect national security," spokesperson Yuliya Mendel wrote on Facebook.

"We can only condemn these actions of the Ukrainian authorities," Peskov told reporters, according to remarks carried by Reuters.

The banned TV channels, which as of Wednesday had been dropped by most cable networks, hit out at what they saw as "political reprisals against objectionable media." The situation in the country will not improve if Zelenskiy shutters "undesirable" channels, they said in a joint statement published on the 112 Ukraina TV channel's website.

Medvedchuk told reporters that the ban was illegal. He said that "according to the Ukrainian law sanctions cannot be applied to Ukrainian citizens and companies."

Former comedian Zelenskiy came to power in 2019 on promises to end the war in the east of Ukraine. But his failure to swiftly fulfill that commitment among others has seen his and his ruling party's approval ratings plummet in recent months.

In a separate statement, MP Vadim Rabinovich announced that the Opposition Platform-For Life, a pro-Russian political party in Ukraine, initiated the procedure of Zelenskiy's impeachment because of this decision, which he characterized as "an attempt to shut mouths of those who raise the truth," as Anadolu Agency (AA) reported.