Ukraine's Zelenskiy to compensate cafe fined for serving him during lockdown 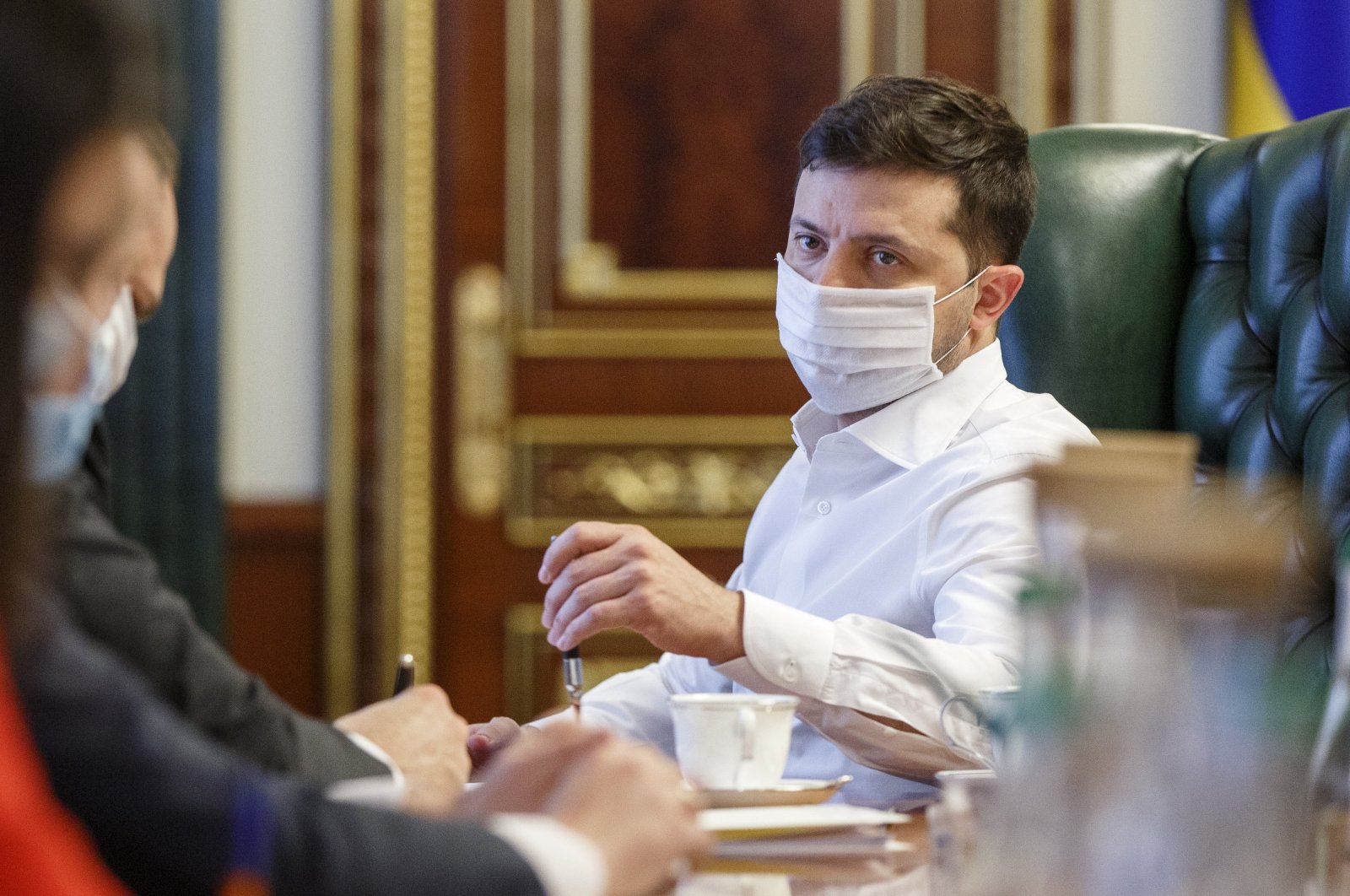 Ukrainian President Volodymyr Zelenskiy in a face mask to protect against coronavirus, discusses the COVID-19 situation in the country with officials in his office in Kyiv, Ukraine on April 22, 2020. (AP Photo)
by REUTERS Jun 22, 2020 7:32 pm
RECOMMENDED

Ukraine's president said on Monday he would compensate a cafe that was fined for serving him and his entourage during the coronavirus lockdown.

President Volodymyr Zelenskiy and some officials were photographed drinking coffee at the L'umore cafe in the western city of Khmelnytsky during a visit on June 3, at a time when cafes were barred from serving customers inside.

A picture released by the president's own office to publicize the trip showed them grouped around a table, none of them wearing masks.

The photo was criticized on social media and, last week, a court in Khmelnytsky fined the cafe 17,000 hryvnia ($638) for breaking government controls imposed in March to curb the spread of COVID-19.

It made no order against Zelenskiy but asked the Supreme Court to rule on whether a fine would breach the president's legal immunity.

"As a citizen of Ukraine, I feel responsible for violating quarantine in Khmelnytsky," Zelenskiy said in a statement on Monday.

"I will voluntarily pay to the account of the catering establishment an amount that is commensurate with the amount of the fine," he added. He also said he was also ready to pay up if he himself was fined.

Ukraine started easing some restrictions in late May. From June 5, two days after the president's trip, cafes in Khmelnytsky were allowed to start serving customers inside again, as long as people wore masks and kept apart.

Ukraine has reported 37,241 coronavirus cases and 1,012 related deaths as of Monday.